The Iranian Revolutionary Guard is very conservative and reject all Western-linked reforms and any resolution between Iran and the West, especially with the United States. For the Revolutionary Guard, it is all about money. Experts estimate the Guard’s annual profits at between $12 billion and $15 billion—even during the sanctions.

The Revolutionary Guard is fighting to maintain their hold on significant components of the Iranian economy, including major oil production centers and construction companies. Before the sanctions were lifted, they bought hundreds of small businesses to use as an end around the sanctions, giving them the ability to obtain the spare parts required for their oil production needs.

The Guard created an oil export network that includes Dubai and Turkey to avoid sanctions. One of its construction companies is building one of the subway lines in Teheran.

The Revolutionary Guard never liked the nuclear deal Iran has signed on to and they certainly never trusted the United States. Now that the deal is complete and the sanctions have been lifted, the Guard is trying to agitate.

Sanctions were good for the Iranian Revolutionary Guard. And now the boom times seem over. And all of this, as convoluted as it may sound, brings us to the story of ten captured United States Navy sailors who, for 40 minutes earlier this month, wandered off course and into Iranian waters.

The real intention behind capturing the American sailors and plastering the picture all over the world was to totally humiliate the United States, as well as president Rouhani and foreign minister Mohammad Javad Zarif.

Once the sailors were caught, the Iranian Revolutionary Guard sprang into action. They were behind the video taping of the captive Americans and the international release of the video. U.S. Secretary of State John Kerry may have been immediately in touch with his counterpart, Zarif, in Teheran and the release of the sailors may have been a quick deal, but enough time elapsed for the Iranian Revolutionary Guard to exploit the incident.

The Guard never liked the nuclear deal Iran has signed on to and they certainly never trusted the United States. Now that the deal is complete and the sanctions have been lifted, the Guard is trying to agitate.

They are pitted against established Iranian leadership.

President Rouhani and his foreign minister know that Iran needed the lifting of the sanctions especially on oil – even despite the fact that the drop in the price of oil is not helpful to their bigger goal.

The Grand Ayatollah seems to be silently on the side of the Revolutionary Guard and has only begrudgingly permitted the nuclear deal. According to Iranian TV on Monday January 18, the Grand Ayatollah sent a tepid letter of congratulations to Rouhani. He wrote: “I reiterate the need to be vigilant about the deceit and treachery of arrogant countries, especially the United States, in this (nuclear) issue and other issues.”

The United States wants Iran’s nuclear technology to be secured and they have looked the other way when it came to serious violations and saber rattling by the Revolutionary Guard—which included firing a rocket dangerously close to US ships and the testing of long range ballistic missiles. In truth, the U.S. has imposed sanctions on eleven Iranian companies responsible for ballistic missiles.

And then it all wandered off course. The capture of the US sailors could not have come at a worse moment for the United States and Iranian leadership. It was, however, perfect timing for the Iranian Revolutionary Guard. It was just at the point of the end of the nuclear deal’s timetable. And of course one could not miss that it was on the eve of President Barack Obama’s last State of the Union Address.

Releasing the video of Americans captured by gun-toting Iranians was a huge embarrassment for the United States. The video went viral. What is most important is that millions of people have watched as the Iranians forced the United States to their knees—literally and figuratively.

In the end, the sailors were released and the situation did not escalate. But the biggest winners were the Iranian Revolutionary Guard and the biggest losers were the United States and Iranian President Rouhani.

And now Iranian media is revealing a split in thinking about the nuclear deal. On Saturday a front page headline in an Iranian newspaper read “Nuclear Burial.” That was a pun based on the removal and the filling of Iran’s only heavy reactor in Arak with cement.  Another paper said the filling of the reactor with cement “hurt national pride.”  Both these papers side with the Iranian Revolutionary Guard. They are far to the right of the political leadership of President Rouhani and Foreign Minister Zarif.

This tension should be alleviated by the Supreme Leader, but this time he can’t bring himself to become a peacemaker. The Grand Ayatollah seems to be siding not with his hand-picked political puppets, but with the Iranian Revolutionary Guard.

We need to see which side—the Revolutionary Guard or Rouhani—successfully wins the Ayatollah’s support. 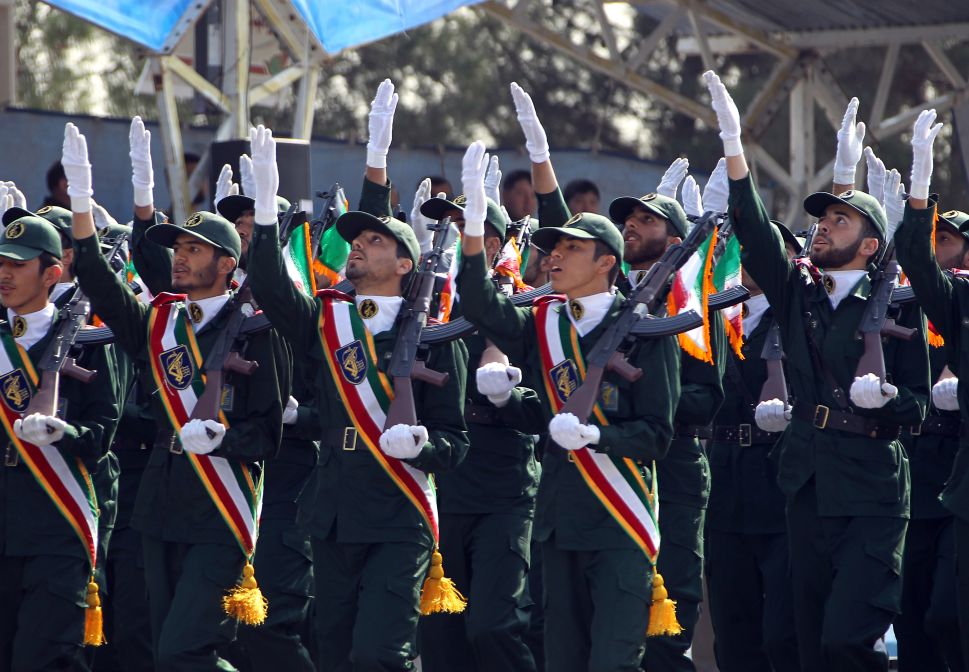