As a country, our most important day comes on the first Tuesday after the first Monday in November every four years – It’s a Presidential Election Day. On Tuesday, November 8, 2016, voters across the country will line up at polling places to voice their opinion about who should serve as our next commander-in-chief. However, by that time, about 40% of the vote already will be in.

The percentage of votes cast prior to Election Day has increased steadily with the advent of ‘no excuse’ voting by mail and the increase of states with early voting.

In 2000, about 14% of all voters cast a ballot before Election Day either through mail or at polling stations. By 2012, that number spiked to 35 percent (according to the group Nonprofit Vote).

Election Day in America has always held the power and symbolism of being ‘decision day,’ but, with the intensifying push of early voting and voting by mail, it will soon be called ‘results day.’

Campaigns are having to adapt to a voting process where the average start to early voting across America begins 22 days before Election Day. Traditional campaigns have expended most of their cash in the last two weeks leading up to Election Day with television buys and glossy mailings culminating with paid workers hitting the streets on Election Day. With millions of voters casting ballots weeks before Election Day, campaign strategy has slowly changed to talk directly to those early voters.

More than two-thirds of the states (37), plus the District of Columbia, offer some form of early voting. New Jersey begins voting the earliest where ballots are offered to voters by mail or in person at the County Clerk’s Office beginning 45 days prior to Election Day.

In 2008, New Jersey went from absentee voting, which required an approved excuse to exercise your vote before Election Day, to ‘no excuse’ vote by mail. This expansion of voting rights was supposed to not only increase the number of people casting ballots but also increase the percentage of those voting early. However, it has accomplished neither. Over the last 5 years, the overall percentage of voters who vote by mail is a puny 7.6%. I feel this is because voters in New Jersey don’t wait in long lines to vote on Election Day. With so many voting districts (6,334), we only average 856 voters per district which allows for a stress free Election Day vote.

Just like you, I have marveled at the long lines we see on television that stretch as far as the eye can see on Presidential Election Days in states like Ohio and Florida. Do they vote at a higher percentage than us? Not by much.

Most other states have increased the size of their voting districts, which has created hours long lines to vote, therefore essentially forcing people to Vote by Mail. If you waited on a 3-hour line to vote at your polling site, I’m sure you’d consider voting by mail.

There are three states that do not offer polling sites on Election Day and only provide Voting by Mail for their residents: Colorado, Oregon, and Washington.

Election Day is still our main event in politics and Election Night is still the moment of the big reveal. But campaigns are having to start their “closing arguments” weeks before Election Day. All that candidate barnstorming in the last two weeks makes good television and headlines. It may bring out more voters, but an ever increasing number of ballots will already be nestled away in the box during those waning days of rallying speeches.

We may soon see the day when campaigns and/or the media try and call a race based on exit polling before Election Day.

New Jersey is lagging in both voter registration and voter turnout, registering at 39th out of 50 states in both.

At the very least, New Jersey should offer voting at polling sites on the Saturday and Sunday before Election Day to increase turnout, and leave no excuse for work or family commitments that could impact our right to be heard on a very important Tuesday.

Christopher J. Durkin (pictured above) is the Essex County Clerk 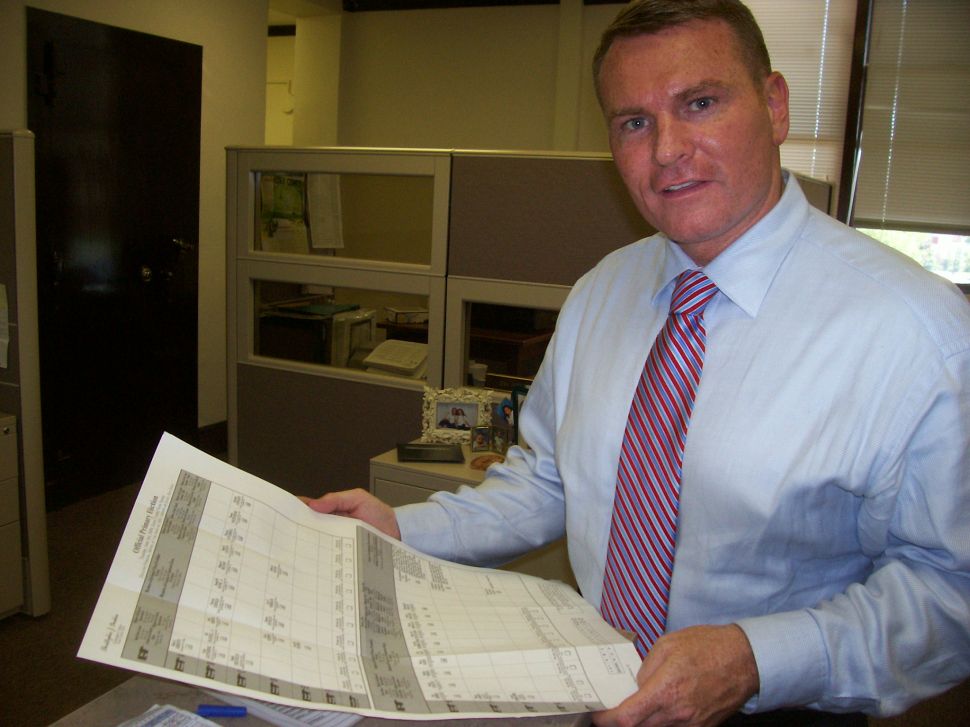