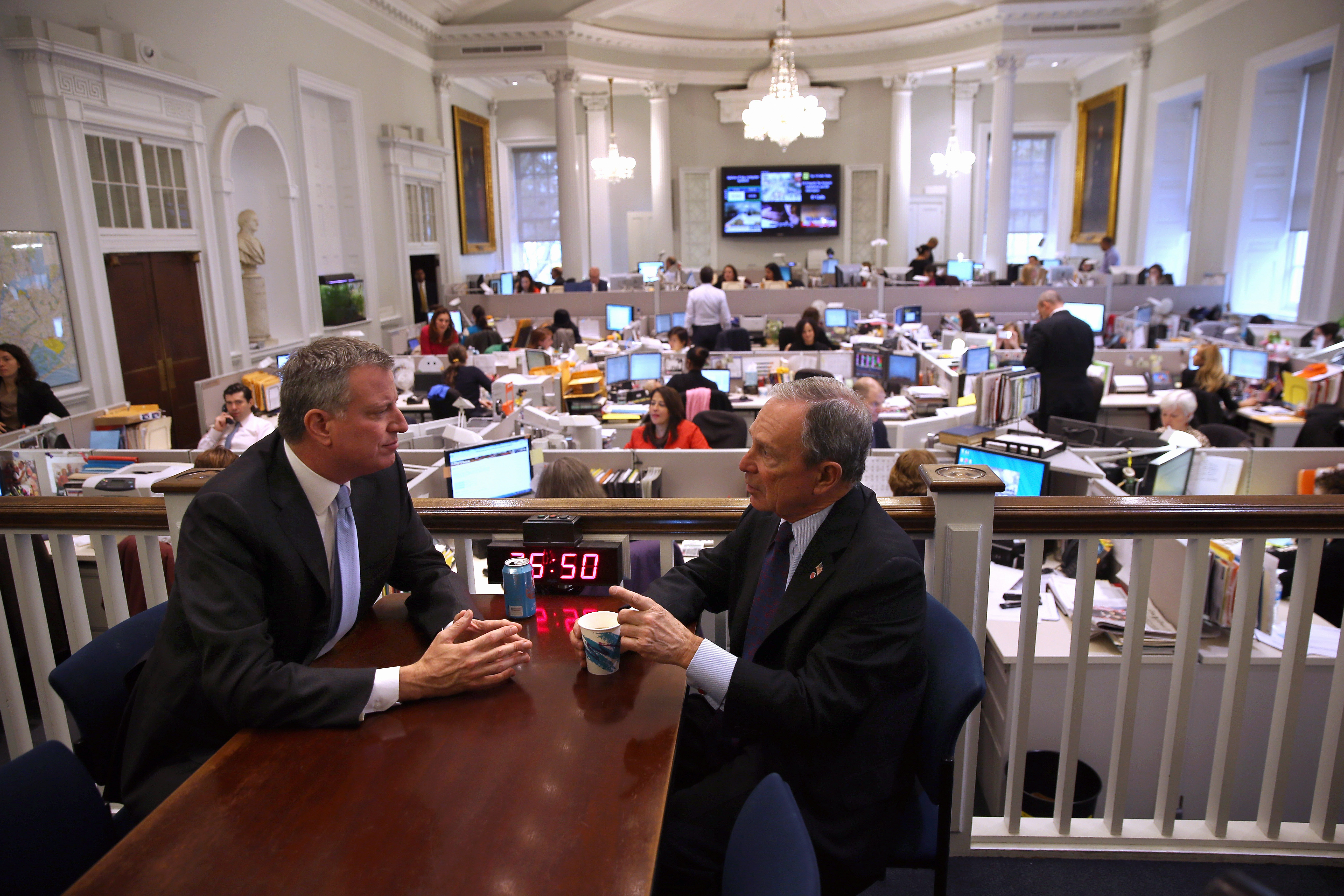 One of things that would make it easy for former Mayor Michael Bloomberg to jump into the presidential race would also make it hard for him to win, his successor argued today: his money.

“The people of this country are not going to turn to a billionaire to solve problems that were created largely by billionaires,” Mayor Bill de Blasio said today. “They’re just not.”

Mr. Bloomberg, the billionaire former mayor who began as a Republican and ran for his last term as an independent, is reportedly considering entering the presidential race and spending $1 billion on a run as a third-party contender—especially, according to the New York Times, if the candidates are relative outsiders: Donald Trump or Sen. Ted Cruz or the Republican side, and Sen. Bernie Sanders on the Democratic side.

Mr. de Blasio, who after much hemming and hawing endorsed Democratic frontrunner and former Secretary of State Hillary Clinton, artfully shifted away from a question framed more broadly—would his own work as mayor of the city prepare him to run for president?—at a Manhattan press conference this afternoon on snow removal.

“I believe you’re referring to my predecessor’s presumed interest,” Mr. de Blasio said, deeming the query a “trick” question. “I have a lot of respect for Michael Bloomberg. I think he did a lot of good things for this city. I obviously have my disagreements with him as well.”

Mr. de Blasio said only Ms. Clinton had presented a plan to address the widening gap between the rich and poor in the country and had the experience to back it up, and said Mr. Bloomberg had not spoken to that issue.

“I don’t think he’s focused on income inequality in his career in government, and I think there is frustration in this country,” Mr. de Blasio said. “Hillary Clinton, to her credit says, that the system is rigged against working people.”

Of course, Mr. de Blasio’s theory that the American people will not elect a billionaire seems to have a pretty glaring flaw: the enduring popularity Donald Trump, the New York City billionaire and New York real estate mogul has consistently led the polls for the Republican presidential nominee.

Mr. de Blasio said he didn’t think Mr. Trump would succeed in becoming president. But, Mr. Trump has talked about the economy in a way Mr. Bloomberg historically hasn’t, the mayor said.

“Mr. Trump is talking about some of the profound economic challenges that people face—not in the way I think is right… I think he’s obviously oversimplifying and missing a whole lot of the picture,” Mr. de Blasio said. “He has talked about people’s economic anxiety and the decline of the middle class. I think that’s part of what’s fueling his support.”

Mr. de Blasio said he believed people’s economic situations would be the defining issue of the election—and said once again he didn’t believe the country would leave fixing the economy up to someone so vastly wealthy, whether it was Mr. Trump or Mr. Bloomberg.

“I think the people of this county are going to look at this situation and say, ‘Look, some very wealthy. powerful people put us in this position to begin with,'” Mr. de Blasio said.

Of course, Mr. de Blasio’s own candidate, Ms. Clinton, has plenty of personal wealth—and has been knocked for it by her top primary challenger, Mr. Sanders. Mr. de Blasio did not mention Ms. Clinton’s wealth today, only her plans to pursue family leave, higher wages, and other priorities Mr. de Blasio believes will help economically struggling Americans.

Mr. Bloomberg has not publicly confirmed the reports that he is considering a run, but media outlets said he would make his decision by March. It is unclear what exactly his path to victory would be. He may, as Mr. de Blasio theorized, be too wealthy for a Democratic party currently in an anti-Wall Street mood—while his stances on gun control (an issue he has bankrolled nationwide) and crusades to ban large sodas and trans fats make him unpopular with many  conservatives. 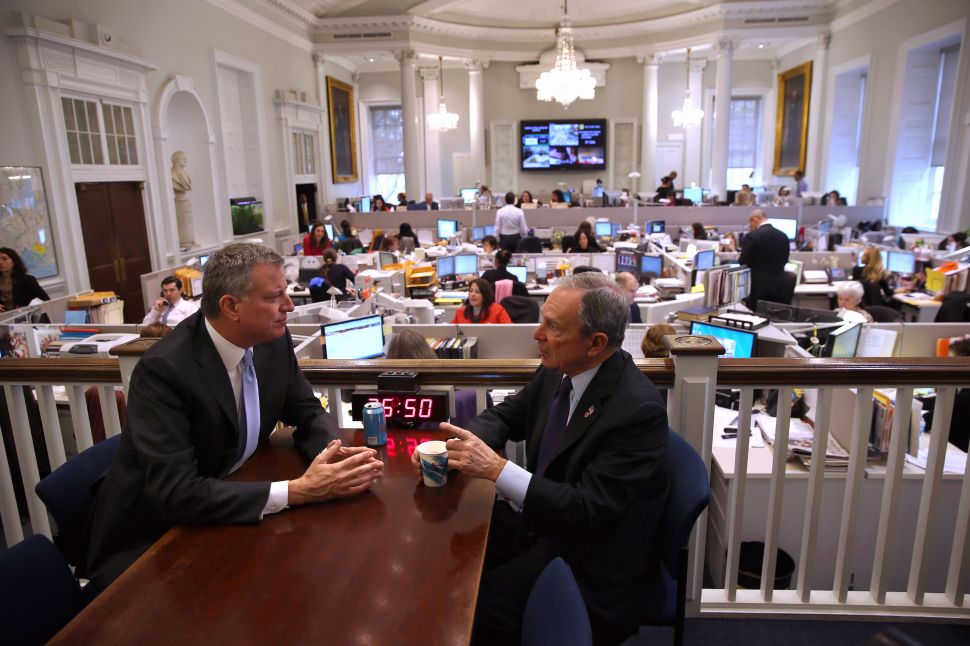