The agreement negotiated with the Teamsters union representing the drivers would cut the city’s equine stock from 220 horses to 95 and prohibit them from leaving Central Park. The animals would live in a new stable remodeled from a maintenance building, set to open in 2018. As a sweetener, the proposal would restrict pedicabs to the area north of 85th Street in order to eliminate competition.

Proprietors of the existing animal stalls on the West Side cast Steve Nislick—multimillionaire real estate developer and founder of the anti-carriage New Yorkers for Clean Livable and Safe Streets—as a villain promoting the end of their industry, claiming he had repeatedly sought to buy them out in the past. They also slammed the mayor, and claimed that police unions had offered to work with them to unseat Mr. de Blasio in 2017.

But most of all, they attacked the loss of jobs they argued would result if the Council passes the plan.

“There’s no welfare for horses like there is for people. And you’ve knocked out an awful lot of jobs who are driving the carriages, and people working around the stables, and there’s a lot of very, very nice people doing humble jobs here,” Cornelius Byrne, a stable operator, told reporters at a press conference this morning.

Norman Siegel, a prominent attorney representing the carriage drivers, argued that the regulations posed a threat to his clients’ civil rights—and promised to sue if efforts to persuade the Council to reject the plan fail.

The plan still falls well short of Mr. de Blasio’s 2013 campaign trail vow to ban carriages “on day one” of his administration—something some animal rights activists are displeased about, including the Coalition to Ban Horse Carriages, which said that even in Central Park the horses would face “punishing work conditions.” NYCLASS, meanwhile, has been largely silent on the deal even as it insisted Mr. Nislick would not profit from the group’s activities.

Pedicab drivers, meanwhile, staged a hundred-strong rally outside City Hall against the plan, chanting “save our jobs.” Those the Observer spoke with argued that curtailing their activities to the north end of the park would destroy their industry, as most of their fares come from the tourist-rich area around 59th Street.

“I don’t see why there can’t be any coexistence,” driver Kenneth Aguirre said, complaining that representatives from his sector got left out of the negotiations. “There was no notice, nothing!”

Advocates for city greenspaces attacked the idea of using public money—up to $25 million, according to the New York Times—to rehab a public building and hand it over to a private industry.

“Is this really the proper use of this beautiful parkland?” Tupper Thomas, executive director of the group New Yorkers for Parks asked yesterday, noting that $25 million could restore Saint Mary’s Park in the South Bronx. “Could there be other things done there that would be more useful to the citizens of the city of New York?”

“It’s interesting how people are suddenly concerned about the South Bronx and the level of investment in our parks,” the speaker, who represents parts of the South Bronx, told the Observer. “I was formerly the chair of the Parks Committee, and if anyone knows about disparate treatment it is myself, who also represents a community that has had disinvestment.”

The speaker insisted the public park—and the taxpayer money—was the city’s, and that the city could do with it what it saw fit.

“At the end of the day, the city owns the park. The city owns this facility, and the city is making a decision to invest in this facility. And there are those who may think that they own the park, right,” Ms. Mark-Viverito said. “The park and Central Park is city property—and the mayor does make decisions as to what are priorities for the city.”

Asked whether she thought the city-owned park belonged to the public, she added, “of course.” 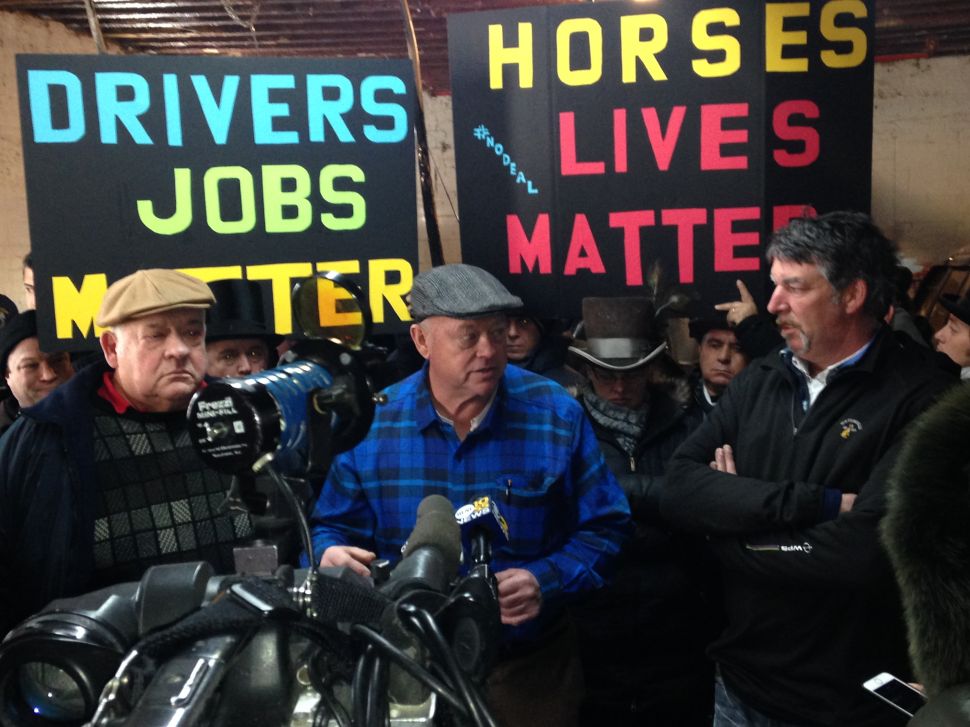