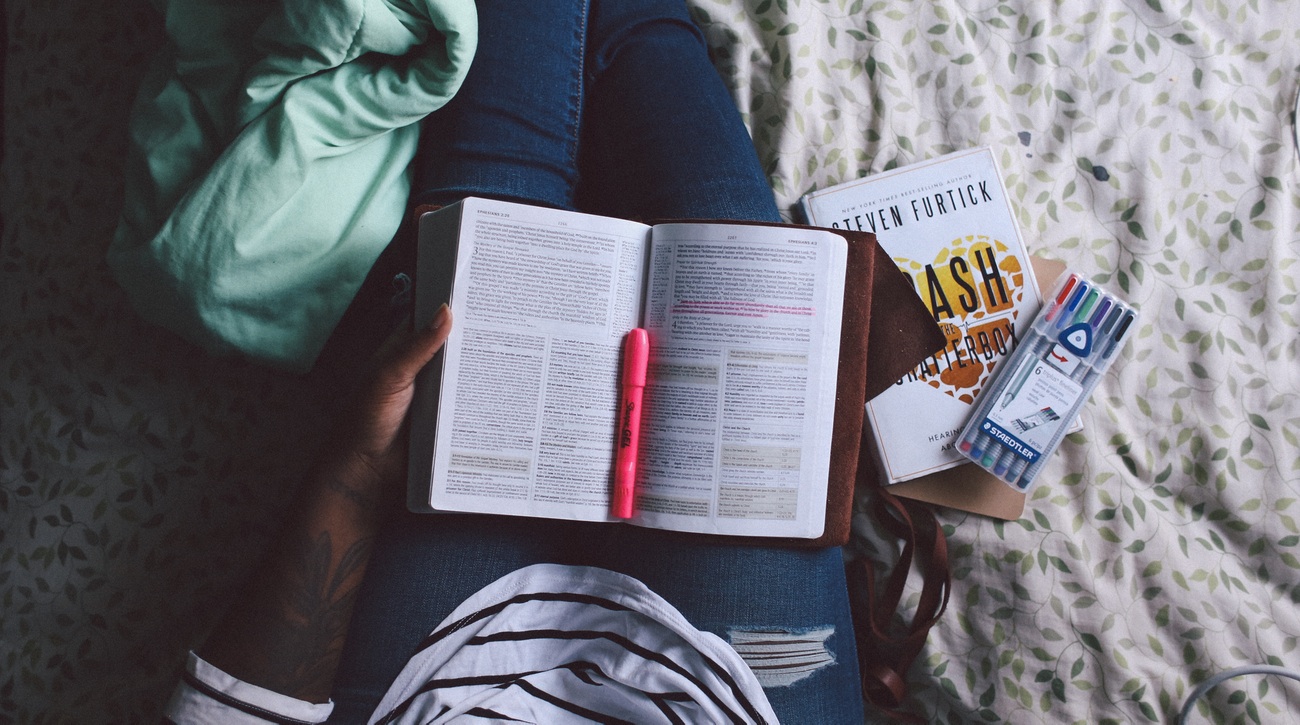 This piece originally appeared on Quora: I’m 23. I recently discovered I know nothing about anything. How can I improve myself?

What will my day look like 20, 40, 50 years from now? What do I want it to look like? What will drive and motivate me every day?

Considering those questions, the only solid, consistent answer I get is that I still want to be learning.

Fifty years from now, I should be learning just as much as I do today. And the only way I can make that a reality is by understanding the process of learning.

The path from novice to master. Amateur to professional. Inexperienced to expert. This is what is meant by the learning process.

The books below are texts that, over the past few months, have taught me two significant lessons about the learning process, namely, what it’s key components are.

The first is the level, and the intensity of, emotional connection. The second is time. More specifically, the time that the emotional commitment is sustained for. These, above all, are the two fundamental qualities. If these are present, you can be sure that you will progress someway down the path to excellence.

These books also helped me understand how to learn more effectively. To realize why learning is such an integral and fundamental part of our nature. How to enjoy and embrace the plateaus and peaks and falls along the way.

These lessons will sustain and guide me into my later years. They are principles which will help me to continue to learn and evolve 20, 40, 50 years from now. I hope they can do the same for you.

The depth that Greene penetrates into the learning process is such that when you come to view your own work or craft, you see it in a new light.

He breaks the learning process down into the following stages: finding your life’s task, completing an apprenticeship, experimenting in the creative-active phase, and assimilating your skills to achieve Mastery.

Of more importance than this breakdown though is the formula that Greene observes:

It seems simple, but once you start to examine it, you begin to see how often we expect mastery from ourselves and others, whilst neglecting one or more of the components.

We expect it overnight. We think it can be gained in an hour every day. We mistake our lack of confidence for the presence of humility. Greene neutralizes those false conceptions to reveal the time, dedication and commitment necessary to attain the highest heights. Mastery is a powerful text. The mastery formula is even more powerful. Apply it.

In the same way that Greene’s Mastery is impressive for it’s depth, Leonard’s is useful because of it’s simplicity.

Leonard gives us five keys to mastery. Instruction — the role of mentors and being surrounded by greatness. Practice — how masters of the game are generally masters of practice. Surrender — of arrogance, of entitlement, of pride. Intentionality — the coming together of focus, enthusiasm and grit. And when we combine these four, we approach The Edge. That is, the point where our skills and ability start to test and exceed the current boundaries of our craft.

Takezo starts out as an unruly and somewhat typical young male, salivating at the spoils and glory associated with war. He knows defeat and exclusion, and is reborn after a period of intense seclusion and study, as Miyamoto Musashi.

Actively seeking the Way, he meets cunning enemies, subversive associates and constant opposition. A man at odds with the conventional way of doing things, by necessity, he has to be unconventional, in both his ongoing education and his tactics.

By seeking out the major schools of the samurai art, and challenging them, he observes their weaknesses, absorbs their strengths, and synthesises his new experience with his own skills and knowledge.

Musashi is the perfect example of the wanderer who, by examining all of the extremes and peculiarities of his discipline, proceeds to surpass them. Musashi emphasises the humility, the constant re-mastery, that is necessary to become the best. It’s a tale of the twisting path to utter perfection.

I picked up this recommendation from Dan John, who called it the best book on learning he’d read.
Wart, instructed by Merlyn the wizard, is transformed into a fish, a badger, a bird, and thrown into many other unfamiliar situations by Merlyn. Why? Merlyn was teaching Wart the value of varied experiences, to understand and combine different perspectives. He was teaching Wart the necessity, the meaning, the philosophy behind learning.

Wart’s journey with Merlyn will remain important and appropriate as long as we are in danger of forgetting the true reason for learning — that is one of the most fundamentally human activities.

This is a raw and insightful tale of what it feels like to be thrown into an alien environment, with no friends, little direction and no respect. And for that reason, if you’re starting out in a new job or a new environment, I highly recommend it.

Ender, after being bullied and targeted, realises that he must attain two things to survive. He must gain the respect of his peers, and that respect must be based upon his capabilities, his excellence.

The way he does this will be familiar to anyone who understands the process of learning. He studies his environment — who matters, what makes people act and react, who has the influence. He studies his peers — his enemies, his instructors, his teammates. And he studies himself — his weaknesses, his advantages, his own knowledge.

By acknowledging no authority except excellence, and endeavoring to become so good they couldn’t ignore him, Ender not only survives, he thrives.

6. The Art of Learning by Josh Waitzkin

A chess grandmaster. A tai-chi push hands world champion. A brazilian jiu-jitsu black belt under Marcelo Garcia. If you wish to learn how to excel, how to truly master something, how to execute at the highest level, this book is essential.

Waitzkin takes us through the ideas and tools that helped him to, firstly, fall in love with the learning process, and secondly, how to speed and heighten it’s effectiveness.

Of particularly great value are the sections that deal with noise and distraction (rather than minimising distraction, we should practice being comfortable performing amongst it), and what Josh calls “making smaller circles” (taking performance preparation from a long, extensive routine, to a fast, swift exercise).

Of the books in this list, this is the one that could most appropriately be called the high performance bible.

I couldn’t put this list together without mentioning Tim Ferriss, and his book. At a superficial level, it is a cookbook. But looking deeper, you see that the exploration of cooking is just a way for Tim to show how his approach to meta-learning can be adapted to almost any skill or craft.

The early chapter on meta-learning has two invaluable tools, the DiSSS and CaFE frameworks.
DiSSS (deconstruct, select, sequence, stakes) is used to make swift and effective penetrations into a new skill or art.

CaFE (compress, frequency, encoding) is used to help recall and retain the knowledge gained.
These concepts, plus the Feynmann technique, give you a three-pronged attack that can give you the confidence to tackle any problem, and discipline, or any skill that comes your way. Together, they make less of the world off-limits to you.

8. Master of the Senate: The Years of Lyndon Johnson Vol. III by Robert Caro

I’ve read no better demonstration of just how to go about attaining this understanding than Caro’s book. LBJ arrives in the Senate and watches. He observes. He pays close attention to the relationships between Senators, to who has stature and power. He reads men, determines what make each individual tick, what makes each person vulnerable, and how he can use that to his advantage.

Yes, LBJ was ruthless and amoral. Yes he used the men around him as instruments of his ambition and desires. But just because you don’t condone his methods, doesn’t mean you can’t learn from them.

LBJ was one of the keenest observers of men, social pressures and power. Whether we like it or not, these are forces that are still prominent in our own environment. We do ourselves a great disservice if we refuse to learn about how they can be used against us.

9. The Fighter’s Mind by Sam Sheridan | 10. Wooden by John Wooden | 11. The Score Takes Care of Itself by Bill Walsh

I’ve grouped these three together because they all share a common emphasis.

In The Fighter’s Mind, Sheridan talks to some of the greatest contemporary martial artists, uncovering their “secrets” and their principles.

In Wooden and The Score Takes Care of Itself, the respective authors examine John Wooden and Bill Walsh’s philosophy of leadership and learning.

All three books reach the conclusion that there are no shortcuts.

There is no substitute for time under pressure, for taking beatings and being humiliated. There is no alternative to, not just being consistent and showing up, but being completely locked into the practice of your art while you do it. They all arrive at the simple fact that true excellence is only reached when it is part of the process, not the sole destination.

If joy, excitement or fascination can’t create this connection, then you have to manufacture it with death ground strategies, contracts, public commitments and incentives.

Sustain this connection every day, for decades, and you will accelerate the learning process, and move towards mastery.

What are some amazing brain hacks?
How can I motivate myself to read more books rather than spending time on the Internet?
What is the best way to change careers? 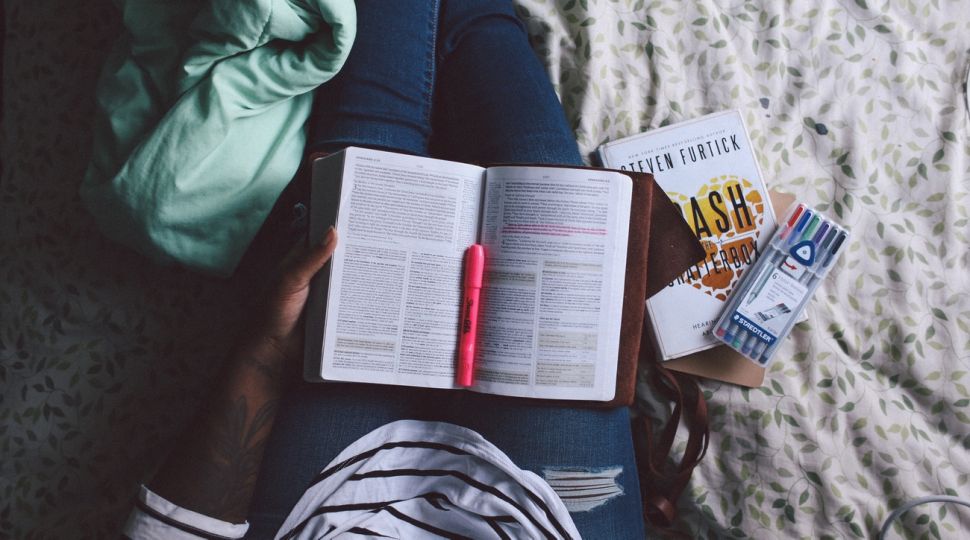