The kids from Degrassi are graduating. Well, not so much leaving school, but they are moving from broadcast television to a streaming service. After more than 485 episodes, the well-known series Degrassi: The Next Generation is moving from cable to Netflix.

Branding the next branch of the series with the title Degrassi: Next Class, the show will continue to follow the trials and tribulations of the teens at Degrassi Community School. The franchise dates back to the early ’80s, when The Kids of Degrassi Street aired as a series of after-school specials, in Canada on CBC and on PBS in the United States.

Netflix officials have given their assurance that this incarnation of the franchise will continue the show’s forward thinking approach to portraying the lives of high-school kids, focusing on a group of teens working to successfully transition from childhood to adulthood, all the while dealing with issues including racism, violence, substance abuse, sexuality, body issues, and all of the complications of dating in the age of advanced technology and social media.

Of the move to the streaming service, Netflix VP of Global Content, Erik Barmack said in a statement sent to press, “For more than three decades, this groundbreaking show has been reaching teens with important stories and [now] our members around the world will be able to enjoy and discover the newest chapter of this great show.”

Throughout its run the series has been produced by Toronto-based Epitome Pictures, and this will continue going forward which most likely means that storytelling and production values will remain unchanged.

Degrassi franchise Co-Creator and Executive Producer Linda Schuyler explains what she feels is a large part of the series continued appeal, saying, “It’s really all about authenticity in telling these stories. To do that, when we’re casting we look for true honesty and vulnerability in the actor and we cast age appropriate, not twenty-somethings playing a 15-year-old. If you cast older than the role, you’ve already knocked out the authenticity of that role, because no matter how good the actor is, if you cast a 25-year-old to play a 15-year-old they’re bringing ten more years of life experience to that role than if you cast someone who is actually 15. That’s something I won’t budge on, something that I hold dear.”

The young actors working on Degrassi are called on to carry some heavy loads. Over the life of the series, the show has covered just about every problem a teen, or someone of any age, can face.

To that end, Schuyler stands firm on where the show draws the line on topics that will and won’t be covered, and her answer may surprise you; “We don’t consider any issue about teenagers taboo. If it’s important to them, it’s important to us.”

This has been proven time and again as Degrassi, thankfully, never shies away from an issue, not matter how polarizing. Consider the storyline about a high school student facing an unplanned pregnancy and her ultimate decision to terminate that pregnancy. That episode alone garnered a large amount of publicity, both for and against the dramatization of the situation.

Schuyler explains, “In every circumstance, no matter what level of drama is involved, it’s always our job on the show to present the alternates. We never deem that we have the right answers; they may be the right answers for some characters and the wrong answers for other characters. All I want young people to do is know that there are choices and options out there and that they’re not alone in trying to make these decisions.”

While the dramatic storylines certainly shape the show, says Schuyler, it’s the characters who bring them to life that make Degrassi the stellar program that it is. “Viewers truly care about these individuals, feeling their sorrow in times of trouble and reveling in their joy during the good times. And to be fair, while Degrassi provides gripping dilemmas, not everything is so serious and profound. There are moments of lightness, love, laughter and triumph as well. Every emotion is covered. This is a show about real life after all.”

All of these elements make Degrassi the force of nature that it is, and has been, for all these years. And with more to come, it seems Schuyler and fans are on the same page regarding the future of the series. “I’m just so thrilled that we continue to get the opportunity to tell stories that people respond to and I look forward to hopefully doing it for years and years to come.”

Episodes of Degrassi: Next Class are now available on Netflix. 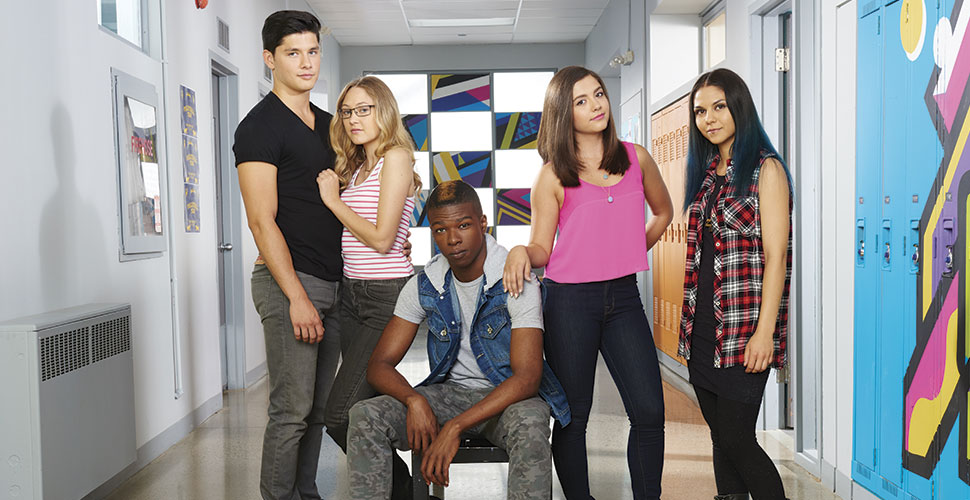