Is 2016 the annus horribilis for Doctor Who fans?

Just last week the BBC announced that there would be no new episodes until Christmas Day 2016 and now Netflix dropped its own bomb – all Doctor Who will be removed as of February 1!

Twitter is already expressing its collective outrage, but at the moment, the streaming service includes every episode since 2005 (expect for Peter Capaldi’s most recent season) and a collection of serials from the ‘classic’ era, 1963-1989.

So you might have been putting it off but now is the time to watch Doctor Who – for free – before it’s gone! Below you’ll find eight essential stories to devour from the show’s 52-year history.

During Season 4, Doctor Who was enjoying unbridled popularity with its two leads David Tennant (from Broadchurch and Marvel’s Jessica Jones) and Catherine Tate (The Office) shining like no other couple on television.

Written by then showrunner Russell T Davies, Midnight is unlike almost every other Doctor Who episode, shutting the Time Lord in a ‘tour bus,’ trapped with fellow travelers and hunted by an invisible enemy on a beautiful but deadly alien planet.

It may start off bright and breezy, and full of laughs, but this tale is one big journey into the psyche of humanity, demonstrating just what a nasty bunch us humans are. Fans of “The Fall” will be psyched to spot a young Colin Morgan in this episode, well before he played Tom Anderson in the Gillian Anderson steamer.

Back to the Eighties now with a rare occurrence – a brilliant story. That particular decade was not known for being kind to Doctor Who (blame the BBC), but this gem is one of the greatest ever.

Peter Davison came to the end of his tenure as The Fifth Doctor and went out in a blaze of glory, besting every regeneration before and since. The Gallifreyan heroically saved his new American companion Peri whilst sacrificing his own life. Courage, thy name is Who!

Perfect for anyone who has never watched Doctor Who before, this 2005 relaunch (not “reboot”, and don’t let anyone tell you any different) is a fantastic jumping-on point for newbies.

Respected actor Christopher Eccleston took on the role of The Ninth Doctor (after Hugh Grant turned it down) with Billie Piper as his companion, or ‘co-lead’ as current Doctor Who boss Steven Moffat would describe the role. The couple won over a new generation of fans with their Noughties attitude.

It’s one of the most important episodes in the show’s long history.

If you’re looking to introduce a friend to the show (though what kind of friend isn’t already a fan???) then this slice of Tenth Doctor action is just the ticket. Penned by Steven Moffat, this would best be described as The Time Traveler’s Wife meets Doctor Who.

The Doctor, played by David Tennant, falls in love with Madame de Pompadour (an actual person from history – go on, Google her) in the midst of an attack across decades by a host of clockwork robots (beautifully realised). The final moments of this gorgeous episode will kill you.

Steven Moffat again and the story that firmly planted the Scotsman as the man of scares and chills. Why? Just set your eyes on the Weeping Angels. And keep them there, for as soon as you blink, that’s it – you’re gone.

Not dead though, the Weeping Angels kill you with kindness. Instead of a swift death, they send you back in time. Blink is often voted the best Doctor Who story ever and it’s not hard to see why—it’s an iconic piece of television.

From the classic era, the Tom Baker years are the most featured on Netflix. PBS brought The Fourth Doctor to the fore in the 70s and 80s, gaining millions of fans here in the US.

City of Death is Tom Baker at his best, beaming his magical smile everywhere he goes and dashing around Paris with his then companion, and fellow Gallifreyan, Romana (played by Lalla Ward – who went on to briefly marry Baker).

Hitchhiker’s Guide to the Galaxy writer Douglas Adams was the man behind the story (though credited as David Agnew) and, unsurprisingly, fills the four-part adventure with laughs throughout. A joy.

As the young people might say – the feels! Matt Smith (soon to be seen in the Netflix series, The Crown) was in his first season as The Eleventh Doctor when he traveled back in time to meet painter, Vincent van Gogh.

Four Weddings and a Funeral writer Richard Curtis crafted a sensitive and beautiful story for the troubled artist, and in no way skirted around the mental health issues that hounded Vincent.

Doctor Who can be brave and this is just one of those moments and, like many of the show’s greatest episodes, you’ll be in tears by the end.

Tears are all well and good but a good fright is just as rewarding. In the UK, this David Tennant story is rarely repeated, so powerful is its menace.

It was the penultimate outing for The Tenth Doctor and what started out as a jolly jaunt to Mars ended in tragedy and disgrace for our hero. Set in the near future, the Time Lord discovers Earth’s first ill-fated expedition to the Red Planet and, after some horrific body horror exploits (from an unseen entity), the Doctor decides to alter time itself.

Chilling does not cover it and sets up The Tenth Doctor’s finale in the most dramatic of fashions. Do watch, but make sure you’re not alone…

You have until Feb 1 to enjoy Doctor Who on Netflix.

Cameron K. McEwan is the founder of Blogtor Who and the author of Doctor Who: The Big Book of Lists. Follow him on twitter: @CameronKMcEwan 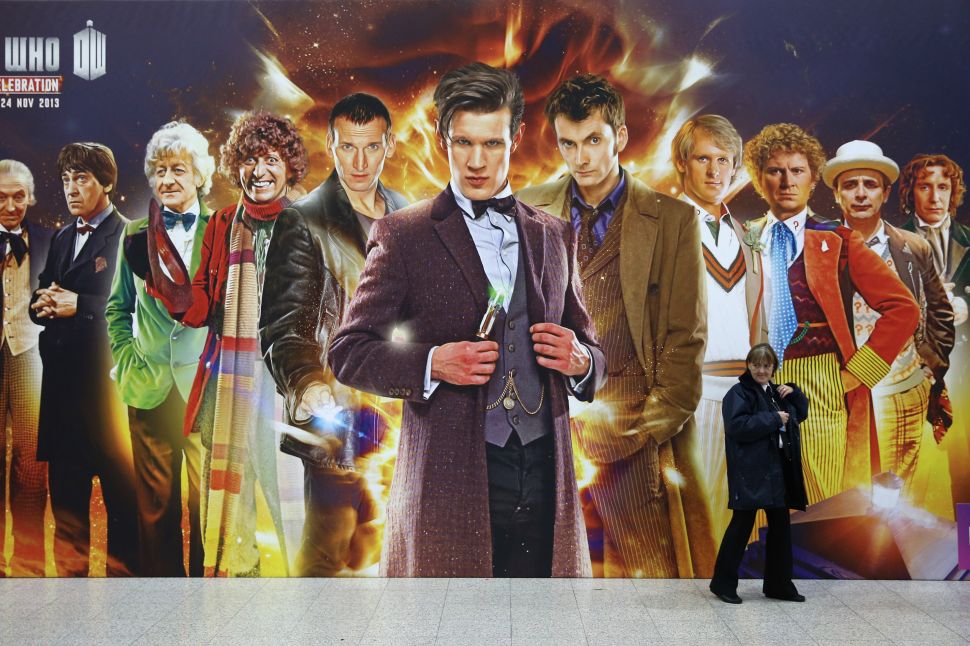