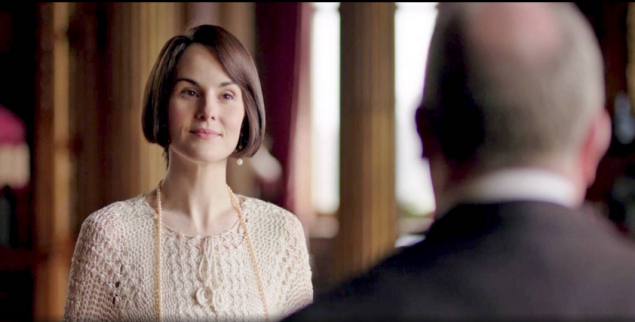 Hidden pregnancies. Children switched at birth. Scandal in a great family. Nothing happening to Lady Edith, her daughter Marigold, and the Drewes—the family generous and unfortunate enough to have tried to help her out of a jam, only to be repaid by emotional devastation and physical displacement—would be out of place on your daytime soap opera of choice, back when you had a lot to choose from. But if you pick apart this central storyline from last night’s Downton Abbey, you’ll find it’s more than the sum of its suds. As is often the case on this show, the middling or superfluous b-plots that drive many viewers mad matter very little compared to the visual, observational, and emotional strength of its finest moments.

First let’s set the scene, because the scene itself is a major selling point. Nearly the entire Crawley household has gone to town for a pig contest, which is every bit as quaint and ridiculous and adorable as it sounds. It ties into Lady Mary’s new job as the agent for the Downton estate, and her involvement in placing farmer Tim Drewe’s pigs in this contest speaks well to her knack for farming, apparently. What it mainly provides is an excuse for everyone in the show to get into their brownest, tweediest autumn finery and parade around in it while lit by the golden low sun of an autumn afternoon. Downton has always been masterful at capturing natural outdoor light, nailing particular qualities of hue and intensity so well you can all but smell the accompanying breeze. This is no exception.

Now add into this mix the mounting alarm of the family and their employees, not to mention Drewe himself, when they discover, just as their pig is declared the winner, that Marigold has gone missing. The overlap is a deft touch, a note-perfect example of how easy it is for life to suddenly slip out of step from the safe, straight, everyday path it had been on just seconds before. But it’s that afternoon light that sells the subsequent scramble. As everyone runs to and fro looking for Marigold, and as Mr. Drewe slowly realizes his own wife took the child, to whom she’d grown understandably and unbreakably attached while raising her as her own before Edith reclaimed her, that gorgeous gold sun seems to light everything a glowt, a bitterly ironic contrast with the mess and chaos of the event itself.

The scene back at the Drewes’ farm, when Tim and the Crawleys come to collect the child from the distraught Mrs. Drewe, is just as lovely and thoughtfully shot. Much of it is viewed through the thick glass windows of the Drewe house, or through the glass of the Crawleys’ car windshield—a film-school trick for setting up a barrier between the two groups, to be sure, but an effective one. When Tim enters the house alone and calmly talks Margie down—“No, my darling, I’m not angry at all. But give her to me. Please.”—the two of them may as well be on another planet, so total is the sense of isolation and intimacy. Actors Andrew Scarborough and Emma Lowndes do bitterly sad work here with just a handful of lines, more than equal to the task of bearing the disproportionate weight that falls on any scene that doesn’t involve any of the Abbey’s principals.

The glass windows also give the autumn light an extra sense of imminent loss, like it’s being poured into a glass bottle to be preserved before it fades away forever. In a way, it is. We’re only two episodes in, but it appears that much of this final season will be about how the decline of the English aristocracy hit the working class people who depended on them even harder—that this nominal move toward a more equal society, quite predictably, was one the undeserving ruling class was better able to weather than their counterparts downstairs or down the road. In the case of Daisy’s father-in-law Mr. Mason, forced to move when a new landlord takes over the land on which he’s a tenant, the argument’s made outright, with Daisy complaining that the whole “system” is to blame, as are any individuals who take part in it.

But with Edith, Marigold, and the Drewes, Downton conjures a metaphor for this deeply unfair situation that’s more directly discomfiting. Edith’s behavior toward the Drewes, particularly Tim’s wife Margie, last season was absolutely abominable; no one can blame her for missing the daughter whom propriety forced her to give up, but no one should forgive her for simply yanking the kid away from the only family she ever knew, and the only family that ever knew her, then acting put out that it couldn’t simply be left at that. It’s maybe the single worst thing any Crawley has done to anyone else, and what makes it worse is that everyone involved was just trying to be nice. Tim did Edith a huge, reputation-saving favor by taking in the child, going so far as to lying to his wife about her origins. And Edith was of course trying to reunite with her own flesh and blood when she took Marigold back, which is also understandable, to say the least. But Tim’s kindness, and Margie’s eventual acquiescence, brought them nothing but sorrow—it’s left Mrs. Drewe alternately devastated and almost deranged, and it’s now forcing them to move off the land their family’s held for centuries to avoid further trouble. No good deed goes unpunished, for peasants anyway. 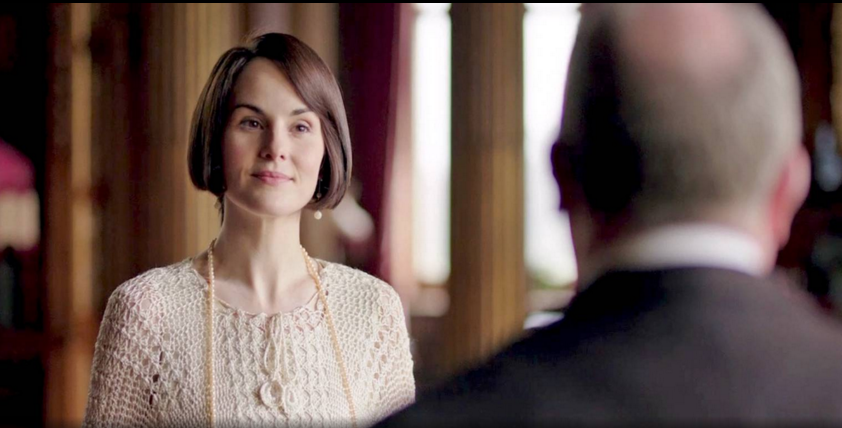