The New Jersey Clergy Coalition for Justice (NJCCJ) is greatly disappointed in some of our New Jersey legislators who continue to show they are unconcerned with advancing legislation that ensures the justice system works for all people of New Jersey regardless of their sex, age, religion or race.

In our meeting with Senate President Sweeney, he and his team shared that they would work to ensure body cameras, an independent prosecutor and implicit bias training legislation would pass. They did not. Not one of them. Not even out of committee. As Senate President, with all his accompanying power, it is remarkable that Sen. Sweeney did not allow any of these bills to advance.  We the NJCCJ, the grieving widows, parents, and children of those who lost loved ones at the hands of the police, and other justice minded people are left asking, “Does Sen. Sweeney not have the influence, time or desire to help advance these issues? Can he be trusted when he says he supports legislation for police reform in the presence of a room full of clergy and then breaks his promise when it comes time to act on his assurances in the State House?”

We will continue to pray for Senator Sacco and other oppositional politicians that they finally understand that the people of New Jersey are tired of paying the resultant taxes of injustice which are some of the highest taxes they pay – lawsuit payouts by tax payers, distrust in a failed system and loss of life.

The support of Senators Turner, Barnes, Greenstein, Lesniak, Rice and Assemblywoman Tucker have shown that there is a living hope that the moral arc of the universe does indeed bend towards justice despite set backs and opposition.  The time to act is now.  Body cameras, independent prosecutors, and implicit bias training legislation will save lives.  Such measures will of course cost money, but is there any sum of money that is greater than the value of a single human life? 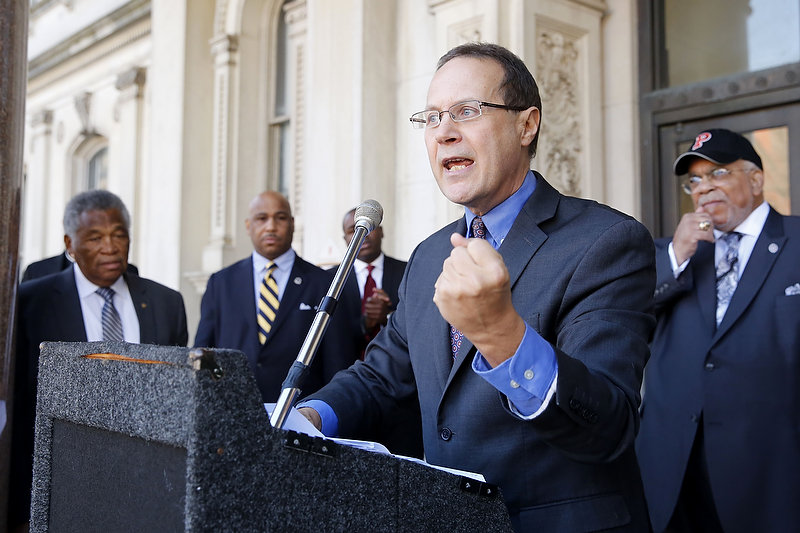