Some of the biggest names in entertainment—those making millions shoving products down the throats of Americans—are lining up to endorse Hillary Clinton for president. Her celebrity supporters parallel Ms. Clinton as a politician, sharing just as many corporate ties as the democratic candidate herself.

Entertainment today is churned out like fast food as a means for profit rather than artistic development and integrity. Ms. Clinton’s celebrity supporters are nothing more than tools for corporate influence, most likely to be seen or heard in television commercials or saturating the airwaves of local radio as though they were the only artists in existence. They are byproducts of an industry overrun by major corporations.

Kim Kardashian epitomizes the power of corporate media to create a celebrity out of nothing, maintaining her status through mind-numbing reality shows, PR stunts and endless overexposure.

Katy Perry is set to receive millions for appearing in this year’s Super Bowl halftime show, sponsored by Pepsi. Lady Gaga was Stefani Germanotta, an NYU student, until her record label pushed her to dye her hair blonde to shake her natural resemblance to Amy Winehouse. Demi Lovato was bred into a pop music prodigy by Disney. In 2010, Will.I.Am and the Black Eyed Peas were dubbed “the most corporate band in America” by The Wall Street Journal. Kim Kardashian epitomizes the power of corporate media to create a celebrity out of nothing, maintaining her status through mind-numbing reality shows, PR stunts and endless overexposure.

On the flip side, Bernie Sanders’ celebrity endorsements come from comedians, actors and musicians who have gone against the grain. Sarah Silverman and Margaret Cho have both publicly endorsed Mr. Sanders, with Ms. Silverman introducing him at an August 2015 campaign rally in Los Angeles. In the 1990s Ms. Cho walked away from a major network sitcom as corporate influences on the show wanted the her to tone down her ethnicity. On January 26, Ms. Silverman will headline a campaign fundraiser at the Laugh Factory in Los Angeles with Kevin Nealon, George Lopez, and Paul Rodriguez.

Ms. Clinton’s supporters seem to do everything for likes, shares and sponsorships.

Musicians with real instrumental talent—like Jello Biafra of the Dead Kennedys, Jeff Tweedy of Wilco, Neil Young, the Red Hot Chili Peppers, Jackson Browne, Thurston Moore of Sonic Youth, Greg Dulli of the Afghan Whigs and John Densmore of the Doors—not only support the Vermont Senator, but share the bond of not relying on corporate sponsors for success. These performers actually play their instruments.

Mr. Sanders’ anti-establishment support also includes a list of award-winning actors. The Big Short, portraying investors making millions by anticipating the housing crisis that lead to the 2008 recession, was called a “$28 million campaign ad for Bernie Sanders.” Director Adam McKay is an avid Sanders supporter, and Big Short star Ryan Gosling tweeted a video on his birthday—Mr. Sanders embracing a young Muslim woman—asking his followers to share it. Mark Ruffalo, who has stood up against companies like Monsanto, is a big Bernie Sanders fan as well.

While some of his supporters are mainstream film stars, the issues they embrace and the activism they champion align with Mr. Sanders’ campaign platforms of standing up to corporate greed, political corruption and encouraging disenfranchised Americans to get involved in the process of democracy to have their voices heard. This is a far cry from Ms. Clinton’s supporters, who seem to do everything for likes, shares and sponsorships. 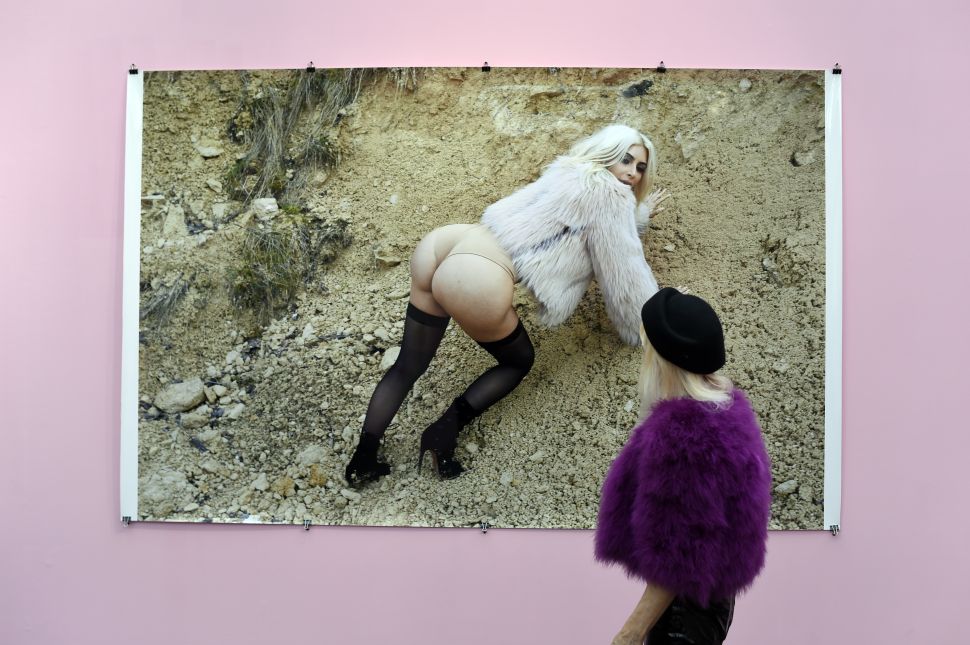