New York sits on the outer cusp of a large swath of the Mid Atlantic region likely to be pounded by a major winter storm this week. The storm—dubbed “Jonas”—is already making its way toward Washington, D.C., which is expected to be hit the worse.

Snow is due to begin falling early morning Saturday and accumulate throughout the day before winnowing out Sunday, Brad Rousseau, a meteorologist with the Weather Network, told the Observer. In total, as much as a foot of snow could fall on the city, although Mr. Rousseau estimates the total will be between five and 10 inches. While confidence is currently high on those estimates, Mr. Rousseau said even slight changes could make the storm substantially more or less powerful.

The storm provides a comparatively rare chance of “thunder snow,” Mr. Rousseau noted, in which thunder and lightning occur during a snowstorm.

Winds in the city are expected to be between 25 and 35 miles per hour, Mr. Rousseau said, although gusts could hit 40 to 60 miles per hour. New York, however, will likely receive lighter gusts compared to coastal areas.

No operational changes have been announced for either New York’s airports or PATH trains, but Mr. Rousseau said commuters should expect delays, and he advised anyone without essential business to stay indoors over the weekend. “It will be this type of heavy, wet snow, so it could delay things quite a bit,” he said.

Most interstates in the Tristate area will experience severe delays and “travel will be difficult to near impossible though stretches of it,” Mr. Rousseau said. Airports could also be hit hard, and Mr. Rousseau said travelers should expect delays or cancellations of many flights.

A blizzard watch is in effect for New York, although the city is at the far northern edge of the storm’s path. Currently, the storm has impacted states as far-flung as Nebraska, Arkansas, South Carolina and New Jersey, and completely engulfed Kentucky and West Virginia earlier in its path up the East Coast, over the Appalachians.

Washington, Baltimore, extensive areas of Maryland and Virginia and most of the Blue Ridge Mountains overlooking the Shenandoah Valley are under a blizzard warning, while a blizzard watch is in effect for much of central and southern New Jersey, Philadelphia, Long Island and the city.

“The fact that the peak of this event will be through the weekend, crews will have enough time I believe to clean up the snow,” Mr. Rousseau said.

Mr. de Blasio is preparing for a full-scale storm, although there is still a chance the storm could fizzle out, as one did last year. It is incredibly unlikely, however, that the storm would entirely miss the city, Mr. Rousseau said.

The mayor will likely urge commuters to take public transit and has assured the public that Gov. Andrew Cuomo will not shut down the subway system, as he has in the past. Mr. de Blasio was not informed of Mr. Cuomo’s decision last year and has pledged to stay in close contact with the governor’s office this time around.

Coastal flooding and erosion will be a major concern along the Jersey Shore and both the southern and northern edges of Long Island, Mr. Rousseau said.

Meanwhile, the storm is likely to be Washington’s worst in at least several years, and the city could receive record-breaking levels of snowfall, Mr. Rousseau said. Current estimates place the likely snowfall in Washington between 24 and 30 inches in total.

Traffic was essentially at a standstill in Washington—even President Barack Obama’s motorcade struggled to get through the storm, taking over an hour to complete the trip from Andrews Air Force Base to the White House, typically a 25-minute journey.

Governors of surrounding states are also bracing for the storm. Gov. Larry Hogan of Maryland and Gov. Tom Wolf of Pennsylvania have both issued winter weather warnings or blizzard warnings, and Mr. Hogan said that conditions in Maryland could get worse, with gusts of up to 50 miles per hour expected Friday. New Jersey, meanwhile, is bracing for wind-driven flooding.

Best to cancel your weekend plans and line up the Netflix queue then. 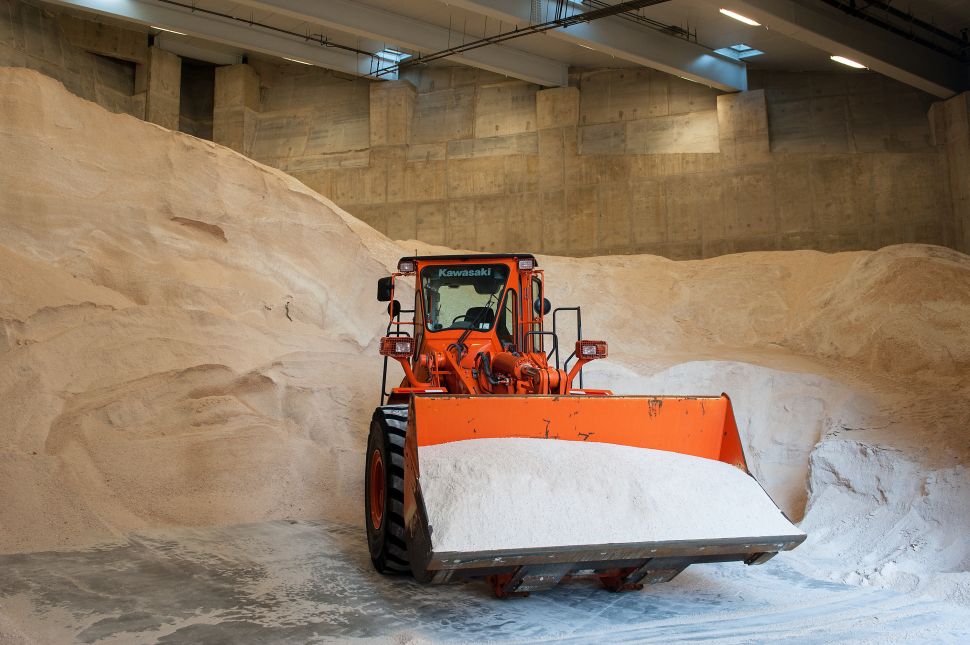