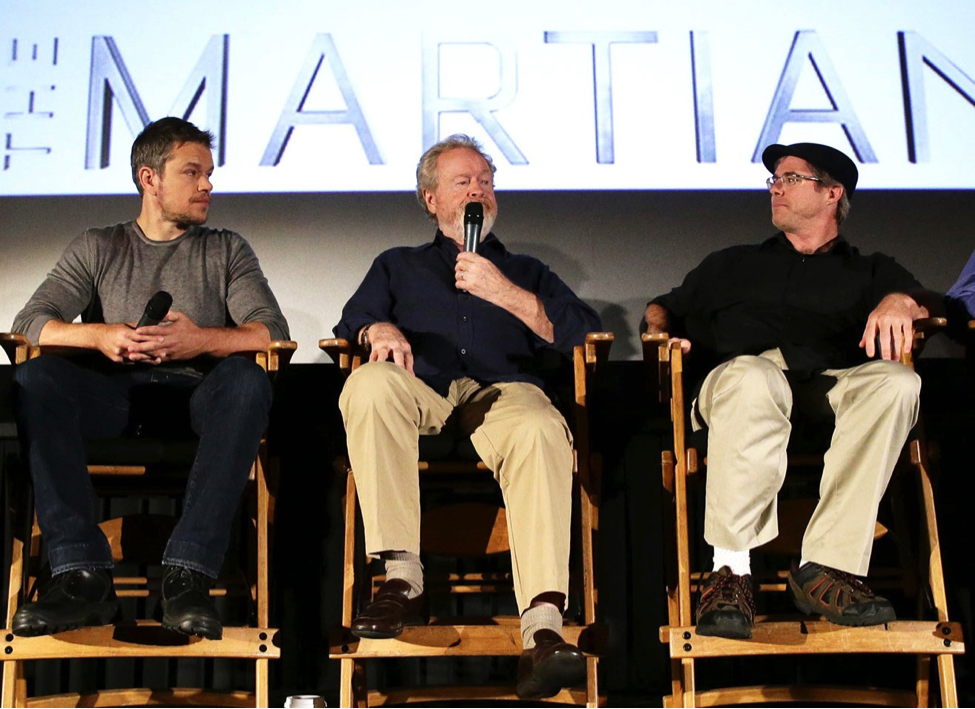 Ridley Scott’s blockbuster adaptation of Andy Weir’s science fiction novel, The Martian, walked away from Sunday night’s Golden Globe awards with a prize for Best Motion Picture (Comedy or Musical) along with Best Actor (in a Comedy or Musical) for its star, Matt Damon.

The film beat Joy, Trainwreck, The Big Short, and Spy for Best Picture in a category many believed The Martian didn’t belong in. Even Scott himself opened his acceptance speech by asking “Comedy?” while gesturing something along the lines of “so-so.” Damon beat out Steve Carell and Christian Bale for The Big Short, Mark Ruffalo for Infinitely Polar Bear and Al Pacino for Danny Collins.

“I’m thrilled to see Matt and Ridley get the recognition they deserve for making such an amazing film” said Weir in an email to the Observer. “I can’t believe how lucky I was to end up with people like that bringing my book to life. My utmost congratulations to both of them and everyone involved in the production.”

The film centers on Matt Damon’s resourceful Astronaut and Botanist Mark Watney as he uses his skills to survive on Mars after being stranded with limited food and supplies. While the novel is known for its scientific rigor, Watney’s humour and wit makes the The Martian accessible to a broader audience and contributed to the adaptation being eligible for the Golden Globe’s Comedy categories.

Programmer-turned-author Andy Weir originally published the space adventure story for free in serial form on his website then sold the completed version on Amazon Kindle after readers demanded it. The Martian’s growing popularity resulted in a best-selling hardcover from Random House and a film adaptation with Drew Goddard (Lost, World War Z) penning the screenplay.

Weir said it was “A dream come true” when he heard Scott and Damon were on board and that he had “no idea idea what he did right.”

NASA—who plays a major role in both the book and the film—consulted on the production and provided material that accounts for almost 50 pages of the script. Heavy cross-promotion was done between the studio and the federal space agency in the weeks leading up to the film’s release.

Weir joined NASA’s panel at last year’s San Diego Comic-Con and visited a few of the agency’s facilities to help bridge The Martian with NASA’s actual mission to Mars but had very little to do with the production itself. “Mostly my job was just to cash the check. Though they did send me the screenplay to get my opinion,” Weir said in a previous interview with the Observer.

“They are not required to listen to anything I have to say. They keep me updated on the production because they’re cool.”

You can read our full interview with Andy Weir here. 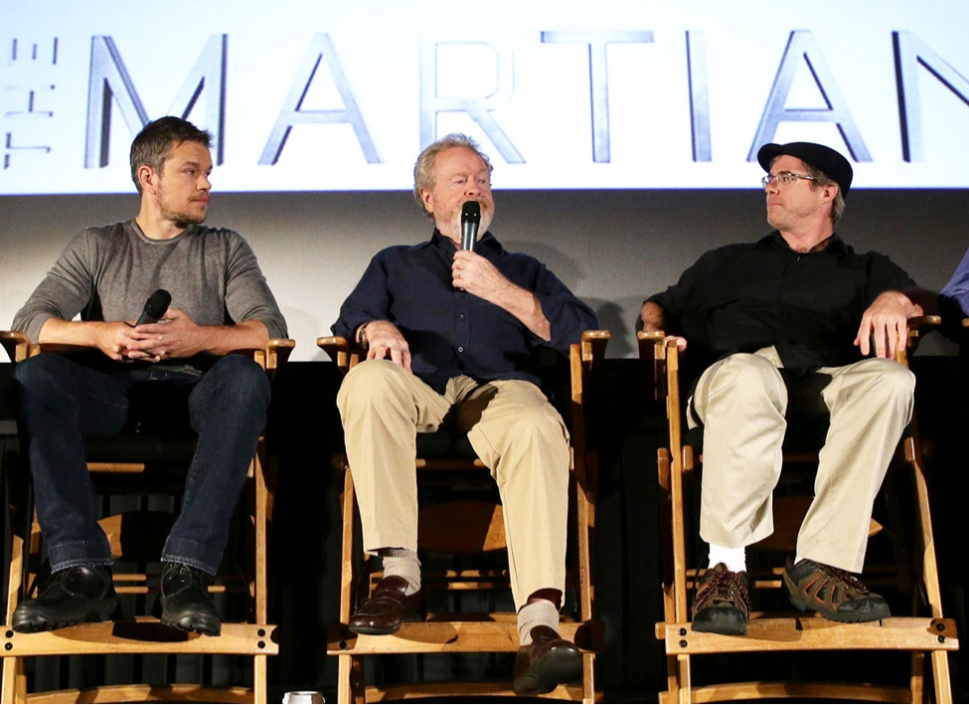