Democratic presidential candidate Hillary Clinton recently made unusual comments regarding the existence of extraterrestrials during an editorial board meeting with New Hampshire’s Conway Daily Sun. “Yes, I’m going to get to the bottom of it,” said Ms. Clinton when questioned on the subject by reporter Daymond Steer. “I think we may have been visited already. We don’t know for sure.”

Ms. Clinton also indicated that her campaign chairman John Podesta had great interest in the UFO phenomenon. “He has made me personally pledge we are going to get the information out,” said Mr. Clinton. “One way or another. Maybe we could have, like, a task force to go to Area 51.”

Mr. Podesta, who served as chief of staff to President Bill Clinton and advisor to President Barack Obama, has a spoken publicly about the issue in the past. “It’s time to open the books on questions that have remained in the dark, on the question of government investigations of UFOs. It’s time to find out what the truth really is that’s out there,” said Mr. Podesta during a news conference at the National Press Club in 2002. “We ought to do it, really, because it’s right, because the American people, quite frankly, can handle the truth, and we ought to do it because it’s the law.”

To get a sense of the history behind Ms. Clinton’s statements, the Observer spoke to D.C.-based extraterrestrial lobbyist and head of the Paradigm Research Group (PRG), Stephen Bassett, who we interviewed last September and who was recently profiled in The Washington Post.

What was your initial reaction to Hillary Clinton’s remarks to the Conway Daily Sun?

Throughout 2007, PRG worked to bring the Rockefeller Initiative and the extraterrestrial presence issue into the presidential campaign. This effort failed to draw out Senator Clinton, but may have helped to generate questions asked at the October 30 Democratic primary debate in Philadelphia of Congressman Kucinich, Senator Obama and Governor Richardson.

Daymond Steer’s questions marked an important milestone, but it is only the beginning of the questions that need to be asked and will be asked of Secretary Clinton and all the presidential candidates.

Is there a chance these comments were meant as a joke?

The nature of the now-institutionalized truth embargo on the extraterrestrial presence issue is such, that however serious you might be, you must smile when you speak to the subject.

Anyone with an ounce of political sense would understand that no chairman of the leading candidate (John Podesta) and no former president and spouse of that candidate (President Clinton), during a campaign that will ultimately spend as much as $2 billion dollars of donated money, is going to publicly speak to the UFO/extraterrestrial phenomena issue—that is, unless they have to. If they smile and dance a bit in the process, that is to be expected.

Were you pleased with how the media picked up the story?

The media response to the Daily Sun story has been extensive. A review of various Google search listings indicates coverage by as many as 250 foreign language venues, 200 local U.S. radio/television stations and over 100 English language venues. It is notable, however, The New York Times, Washington Post and Los Angeles Times didn’t cover this story and the Drudge Report did not link to it. PRG found this to be both remarkable and disappointing.

What is your ideal scenario for the media’s approach to the truth embargo and disclosure?

Simple. More reporters, including some from top tier political media, ask Secretary Clinton direct questions about the Rockefeller Initiative and her involvement therein. She provides serious answers, hopefully without smile or smirk. This triggers more questions to President Clinton, John Podesta, Governor Bill Richardson, Secretary Leon Panetta, Mack McLarty and Webster Hubbell. These gentlemen give truthful and serious responses. This triggers another round of questions directed to the Pentagon, CIA and the U.S. Air Force, along with questions to the private principals of the Rockefeller Initiative.

What about responses from other presidential candidates?

There has been no response, which raises a most interesting question. Since 1993, the Republican Party and many conservative media venues have been well aware of the Clinton team’s connection to the UFO/ET issue. Despite intense partisan hatred for the Clintons, the Republican candidates and conservative media have never used that connection to gain political advantage.

If the extraterrestrial presence issue was completely without merit, it is inconceivable this would be the case. This would lead one to conclude the very truth of the matter prevents such partisan attacks.

Do you think Hillary Clinton’s history regarding the Rockefeller Initiative factored into her statement?

Of course it did. It is the primary reason she is commenting at all. The same goes for John Podesta and [former] President Clinton.

How does Clinton’s campaign chairman John Podesta tie into all this?

It is PRG’s view, John Podesta is the central figure in the unfolding events leading to a Disclosure event under a Democratic president. He is the only Rockefeller Initiative principal who has served President Clinton (advisor, chief of staff), President Obama (transition chairman, advisor) and Secretary Clinton (advisor, campaign chairman).

In 2002 and 2003 Mr. Podesta called for the release of UFO documents in government files. In 2010, he reiterated this theme in a foreword to the book UFOs: Generals, Pilots, and Government Officials Go on the Record by Leslie Kean. He was featured in the 2011 documentary Secret Access: UFOs on the Record. In 2015, Mr. Podesta also issued provocative Twitter messages well covered by national and international media.

Are there any other figures from the Clinton administration or Hillary Clinton’s campaign that were involved with the Rockefeller Initiative?

Why has it taken so long for this issue to be brought into an election?

The government-imposed truth embargo conceived between 1947 and 1953 that remains in effect to this day, although much weakened, has been very successful. The only president to have brought the issue up during his campaign was Jimmy Carter in 1976. I was the first balloted congressional candidate to speak to the issue in 2002. Dr. Joseph Buchman was the second balloted congressional candidate to do so in 2008.

There is good analogy for this. For 51 years, the U.S. government imposed an embargo on the nation of Cuba. Most Americans knew there was an island south of the Florida keys called Cuba; they just couldn’t go there. Now they can. All of which is to say President Obama has one more embargo to end before he leaves office.

Would you say Hillary Clinton is the best candidate to ensure the full disclosure of extraterrestrial activity on Earth?

Yes, due to the historical connection to the issue.

In a previous interview with the Observer, you said “Barack Obama will be the disclosure president.” Do you still believe that?

Yes. The American people should not have to wait one more day for the truth embargo to end. No one knows who will be the next president or what they will do when they enter the White House. Therefore, PRG seeks the embargoes end now, meaning Barack Obama will be the disclosure president.

What are you and your organization doing now to continue this fight for disclosure?

Not a fight—an advocacy process. One should not pick fights with nuclear powers. PRG will continue to inform the political media and the U.S Congress regarding the Rockefeller Initiative, the Citizen Hearing on Disclosure and the need for new, comprehensive congressional hearings. PRG will put particular emphasis on Secretary Clinton and the other presidential candidates. PRG is also seeking opportunities to address the subject on any and all network and cable news talk shows. 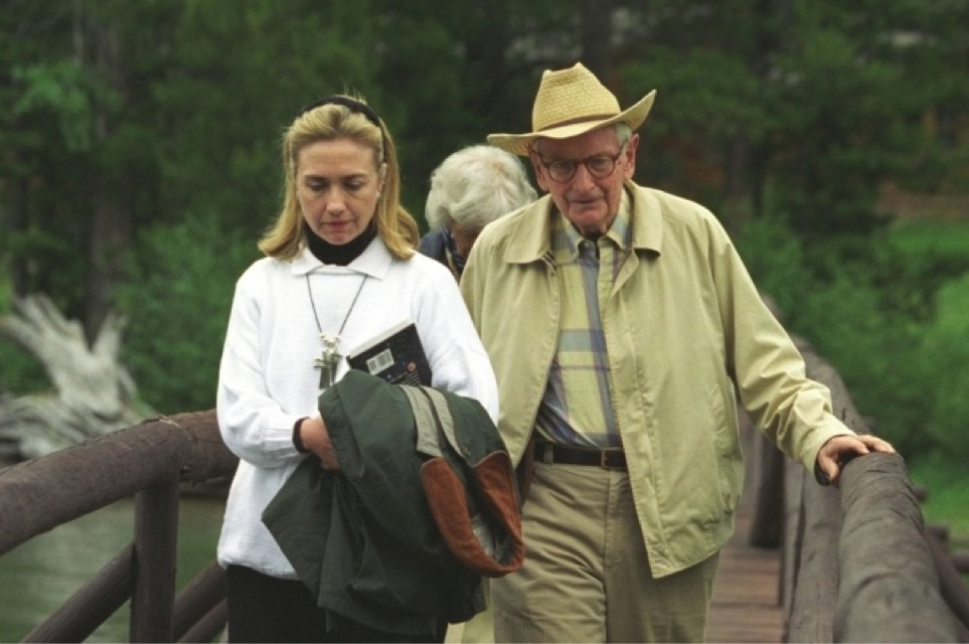