Woez is a new mobile social network opening today that’s meant to help users find activity partners, like an Uber for buddies. Its founder, Amos Winbush III, told the Observer in a phone call that the site will stand out with on demand socializing and then turn any group that comes together into a standing circle, one its initiator can change, grow or shrink at will.

Check out the company’s site  (it may or may not be live yet, but that’s where it will be) and on Google Play.

“If you are in a new city and you don’t know anyone, you come to our platform and say, ‘I want to go out for a drink,'” Mr. Winbush explained. Then he said the system will let users it believes to be compatible with you know about your idea. The person who initiates it can decide who to let join the outing, and once the group is set he or she can announce the place and time to everyone. After that, the people who hang become a permanent group and can initiate more outings.

The company compares the concept behind it to Shia LaBoeuf’s invitation to come join him to watch all his movies in row. It ran a small beta in December for an event with Sony Music, though Mr. Winbush declined to give participation or engagement numbers, other than to say it worked and the users formed new groups on the app. Music events with decent acts don’t have a hard time filling rooms, but an application like Woez could make those rooms less anonymous, which would be a plus.

“Something we believe in is that community creates events,” Mr. Winbush said.

The Woez story brings to mind Gimlet Media‘s podcast Startup in a couple ways. First, a question that the show repeatedly asks about companies it covers is the one Chris Sacca asked Alex Blumberg in an early episode: what’s your unfair advantage? Woez has some unfair advantages. First, it’s partnering with Vodafone, one of the largest telecom providers in the world. Mr. Winbush said the Woez app will be pre-loaded on its phones in two markets shortly (one of them will be Ghana, the same country where Mr. Winbush launched his previous venture, CyberSynchs). Which means lots of people will have the app, which doesn’t necessarily mean they will open it or create a profile, but it gets them in front of lots of users.

The partnership also reveals one of the company’s two revenue models. Vodafone will share revenue it earns from users as they pay for data to use the app. Its other revenue source will be letting brands pitch users who have expressed interest in certain activities on the app (easiest example: shoe companies pitching running groups discounts).

In its second season, Startup followed a company called The Dating Ring, which attempted something similar, on demand dating. The Observer called the Y Combinator-backed service a tech insurgent last year, but by the end of the podcast’s second season it had significantly scaled back its ambitions and proved that on demand dating didn’t work (people’s schedules were just too complicated). Will working out a hangout session on demand with multiple people be easier or harder? One could argue either way.

Finding people to join in an activity on any given day and time will get easier as adoption goes up, but that doesn’t matter if people don’t want to reach out to people they don’t know. Returning to our examples at the start, it’s not clear why posting it on Woez would make it any more likely that someone who couldn’t rally people he actually knows on Facebook could rally people he doesn’t know on Woez. It’s also not clear why people who have no trouble rallying people (such as Mr. LaBeouf), would need it.

People do like to get together, though. Meetup has been going 13 years. Facebook built a separate mobile app just for its Groups feature. On the other hand, In 2013, Togather attempted to give the people a way to organize themselves to demand events. Despite some promising initial forays, the company’s backers folded it in less than a year. Does the world need another way to skin this particular cat, or does Woez hope to get acquired by one of these larger sites?

Still, a partnership with a major telecom is a major advantage. The social app also has partnerships with Hollywood.com and MovieTickets.com, and backing by an unnamed player in the NBA. Mr. Winbush bets that with strong marketing partners, people will at least check the app out. If some subset actually initiates a few outings, they may stick around and spread the word from there. But only if Woez actually earns them bros. 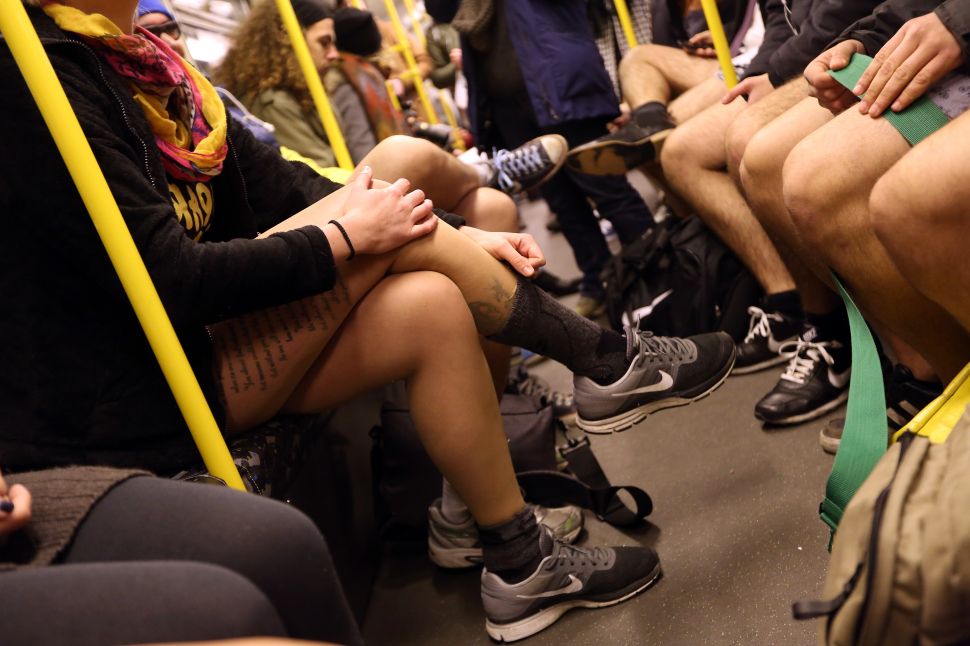