Flailing somewhere else in Bergen County, Republicans couldn’t so much as press their noses against a frigid window pane of the Rockleigh Country Club to catch Bergen County Democratic Committee Chairman Lou Stellato rubbing it in: of course, he’d pursue another term as chair next June.

No doubt about it.

If Stellato can summon a candidate who knocks off incumbent Freeholder Maura DeNicola this year, he’ll run the table on county offices.

Knowing that put a Bergen bounce in his step as he navigated the tables at the Bergen Dems’ gala, one of the biggest political bashes of the year.

It was Stellato’s show, in the luxurious interior of a a club that sits way up north on the border of New York.

If you’re from South Jersey you don’t drive up there unless you’re running for governor.

So in case you ever doubted it: Senate President Steve Sweeney (D-3) (pictured, above, with Bergen County Executive Jim Tedesco) is running for governor.

He was in the room.

So was Assemblyman Ralph Caputo, who’s from North Jersey, and so not necessarily running for governor.

But Lesniak wouldn’t be up there unless he’s serious about, and neither would Wiz, fresh off his endorsement of Bernie Sanders.

Needless to say, on this New Jersey night with a storm bearing down and Gov. Chris Christie refusing to rearrange his sled dog schedule in New Hampshire, the place was packed.

The event’s keynoter, Menendez said the whole state is looking at Bergen County.

“Democrats hold offices across the board,” he said, with a ramrod Saudino in the audience. “Bergen is fiscally responsible and held the line on taxes under Democrats.

“Democrats will sweep the freeholder board next year,” the senator added to huzzahs.

Finally, he stuck an elbow into Sussex County by proclaiming that Josh Gottheimer, the Dems’ hope for routinely no-hope CD5, would polish off incumbent U.S. Rep. Scott Garrett (R-5) this year and join himself and Pascrell in D.C.

Establishment Hillary Clinton types crammed the room, and so PolitickerNJ teasingly asked a source in attendance if anyone booed Wiz.

“Maybe, but I didn’t see that,” the source wrote. 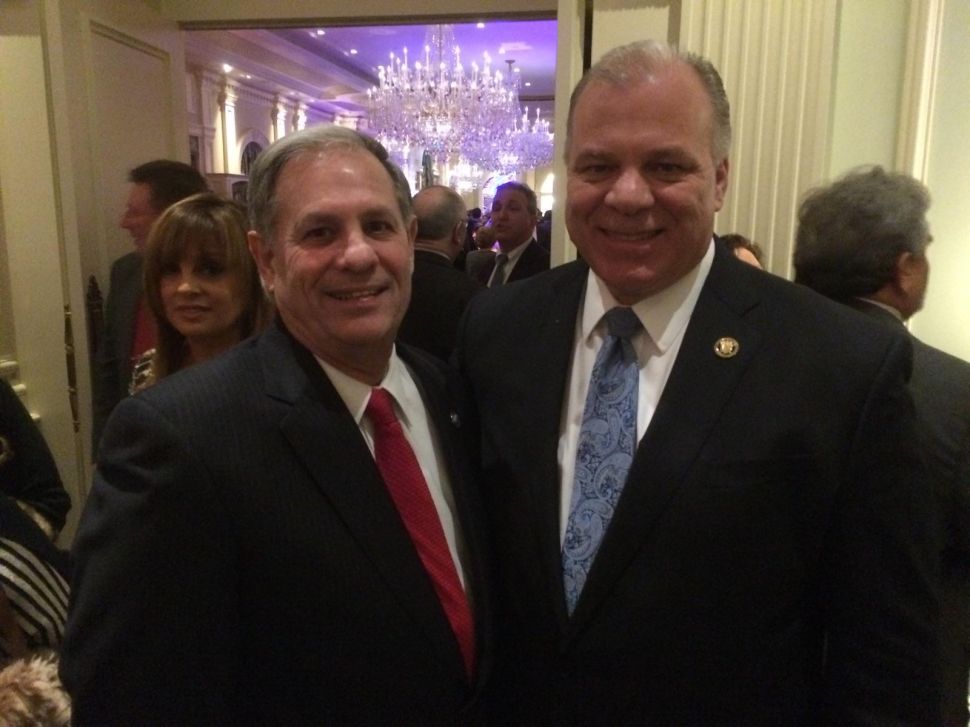