After what already feels like a very long campaign, the presidential candidates will face their first real test Monday as Democrats and Republicans will caucus in Iowa. The Iowa Caucus will not produce a nominee-on the Democratic side it won’t even winnow the field, because if Martin O’Malley has stuck with his lifeless campaign thus far, there is no reason for him to drop out when he gets no delegates in Iowa, but it will nonetheless be significant. Once results from Iowa are in, the rest of the race will be clearer.

On the Democratic side, the most recent polls are mixed with some having Bernie Sanders leading by as much as four points, while others have Hillary Clinton winning by as much as eight points. Although the polls cannot predict a winner, they can tell us, with some confidence, that the race will be close. Whether one candidate or the other wins a medium sized state by a small margin and picks up a few more delegates than the second place finisher should not have much bearing on a national nominating process, but it will.

The result from Iowa will frame the race going forward. If Mr. Sanders wins, he will be seen as upsetting the formerly inevitable candidate and be poised to move on to win in New Hampshire. Ms. Clinton will be seen by many as simply unable to close the deal with Democratic primary voters. If, however, Ms. Clinton wins the first caucus of the year, her frontrunner status will be enhanced, and it will be easier to attribute a win by the Vermont Senator in next door New Hampshire to Mr. Sanders being almost a favorite son.

On the Republican side, Iowa should winnow the field, but it probably won’t. Marginal candidates like Rick Santorum and Mike Huckabee are unlikely to be too distraught by a dreadful showing in the first caucus, while others like Chris Christie and Jeb Bush will try their luck in New Hampshire before considering dropping out. Recent polls indicate that Donald Trump once again enjoys a lead, albeit a modest one, in Iowa. It is certainly possible that Ted Cruz could win that caucus, but almost certain that Mr. Trump and Mr. Cruz will remain the leading Republican candidates after Iowa.

The most interesting question in the Republican race is who will win the bronze. If Sen. Marco Rubio, who is now in third place in every Iowa poll, gets fifteen percent or more in the Iowa caucus, and the number four Republican gets less than ten percent of the vote, the notion that the GOP nomination is a three person race will gain traction, and GOP establishment pressure on people like Mr. Kasich and Mr. Bush to drop out of the race will intensify. If, however, Mr.Rubio is unable to finish a strong third, the rationale for his campaign will likely be questioned.

The sleeper candidate who could upset Mr. Rubio’s plans might be Rand Paul. The Kentucky Senator returned to the big boy debate on Thursday night and was eloquent and compelling when discussing criminal justice and foreign policy, two issues where he has staked out positions far from GOP orthodoxy. It should also be remembered that Rand Paul’s father always did well in Iowa, finishing a strong third in 2012 with 22 percent of the caucus vote and a respectable fifth with 10 percent of the vote four years before that. If Senator Paul wins even 10 percent of the vote, it would change the contour of the race, at least for the candidates other than Mr. Trump. Although Mr. Paul will take few votes from Mr. Rubio, a strong fourth place finish by Mr. Paul could undermine Mr. Rubio’s needed post-Iowa bump.

We know that Iowa does not always pick the nominee, but it still has a big influence on the story of the campaign. For two candidates in particular, Mr. Sanders and Mr. Rubio, Iowa will be the first test of the viability of their campaigns. 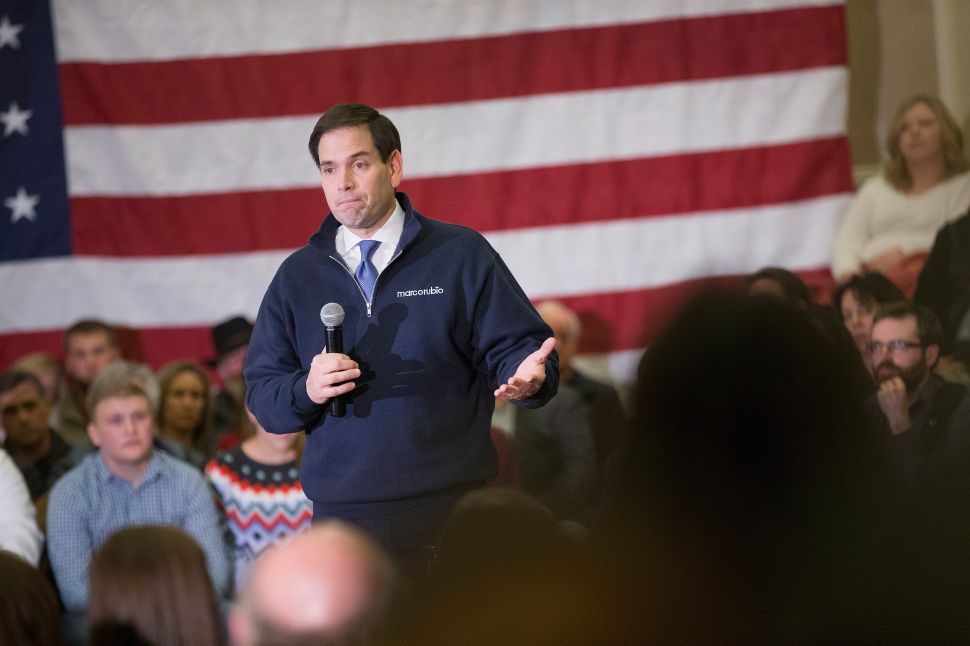