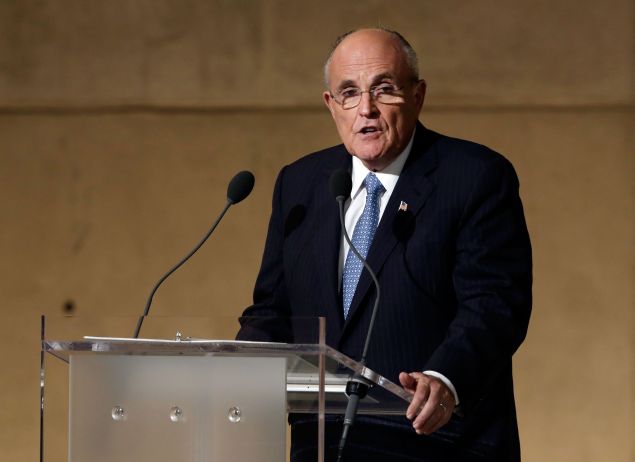 Former Mayor Rudolph Giuliani will be joining law firm Greenberg Traurig LLP, working on cybersecurity and crisis management in a role that will see the former mayor pushing back on what he called over-regulation of the white collar world.

“We can do this to the level at which the demand exists, which was greater than the capacity that we had before,” Mr. Giuliani said in a telephone interview of his move to the large, multi-national firm. “And it’s something that I think is very necessary in this era of an over-regulated America.”

Mr. Giuliani, a former U.S. attorney, will be global chairman of the Greenberg’s cybersecurity and crisis management practice, where he’ll work with a team of lawyers who focus on litigation, government regulations, cybersecurity and data privacy. That means he is leaving Bracewell, a law firm that had since 2004 been known as Bracewell & Giuliani, under what that firm said in a press release was an “amicable agreement.” Joining Mr. Giuliani in the jump from Bracewell to Greenberg is Marc Mukasey, who is a former unit chief of the Southern District and deputy chief appellate attorney. He will co-chair Greenberg’s white collar defense practice.

In terms of white collar law, Mr. Giuliani said there was more to the practice than just defending corporations when they’re charged by the government—often by the very office that he used to run, now headed by U.S. Attorney Preet Bharara. He said that includes what he dubbed “preventative law:” running internal investigations into corporations to ensure laws are being followed to current legal standards.

“In the old days, the standard was, are the top people involved, and did they know about it? Now the standard is, what did they do to prevent it?” Mr. Giuliani said. “So preventative medicine, or let’s call it preventive law, tries to make sure, first of all, all the people complied with the law. And number two, if they don’t, it shows that you did everything you could conceivably do in good faith to prevent that.”

“Unfortunately in today’s world, even the most ethical and compliant and good corporate citizens are finding themselves at the spear’s tip of government regulation and intervention, in ways that the world has never seen before,” Mr. Mukasey said. “I think that Greenberg-Traurig has a team of lawyers which I’m proud and humbled to be co-chairing around the word that are going to be able to fight back against that.”

As part of the move, Greenberg will develop a “strategic alliance” with Mr. Giuliani’s security consulting business, Giuliani Partners. While it will remain an independent organization, Giuliani Partners’ Managing Director Eric Hatzimemos—who also worked for the mayor at City Hall—will be serving as an advisor to Mr. Rosenbaum on the firm’s strategic security practice.

“We expect that in many situations they will be working side by side, with Greenberg doing the legal and strategic work and Giuliani Partners doing the technical, the technological work that’s necessary and the investigatory work,” Mr. Giuliani said.

That will include work on white-collar investigations, Mr. Giuliani said, but the most prominent overlap is likely to be in cybersecurity. The former mayor said he believed the corporate sector had been slower to respond to impending threats than the federal government, and that Giuliani Partners has advising companies on how they can protect themselves

“If I look ahead five years and you ask me which area of security is going to grow the most,” Mr. Giuliani said, “I would tell you it’s cybersecurity. Companies that don’t know they have the problem, three weeks from now are gonna find out they do.”

“He has long been one of the most important and influential lawyers and leaders in this country, and will now be bringing to our clients his unparalleled experience in all areas of legal problem-solving and crisis management, as well as his unique geopolitical insights,” he said in a statement.

The move also reunites the former mayor with his long-time enforcer Bob Harding, the former deputy mayor who is the son of the late Liberal Party founder Raymond Harding, who was a mentor to Mr. Giuliani and whose support —and ballot line—was critical to Mr. Giuliani’s election victory in 1993.

Mr. Giuliani rattled off plenty of friends who are also at work at Greenberg, but said he was really persuaded by global scope of the firm, provided an opportunity for a “much larger platform” than he had at Bracewell, and for the firm’s ability to tackle cybersecurity issues. 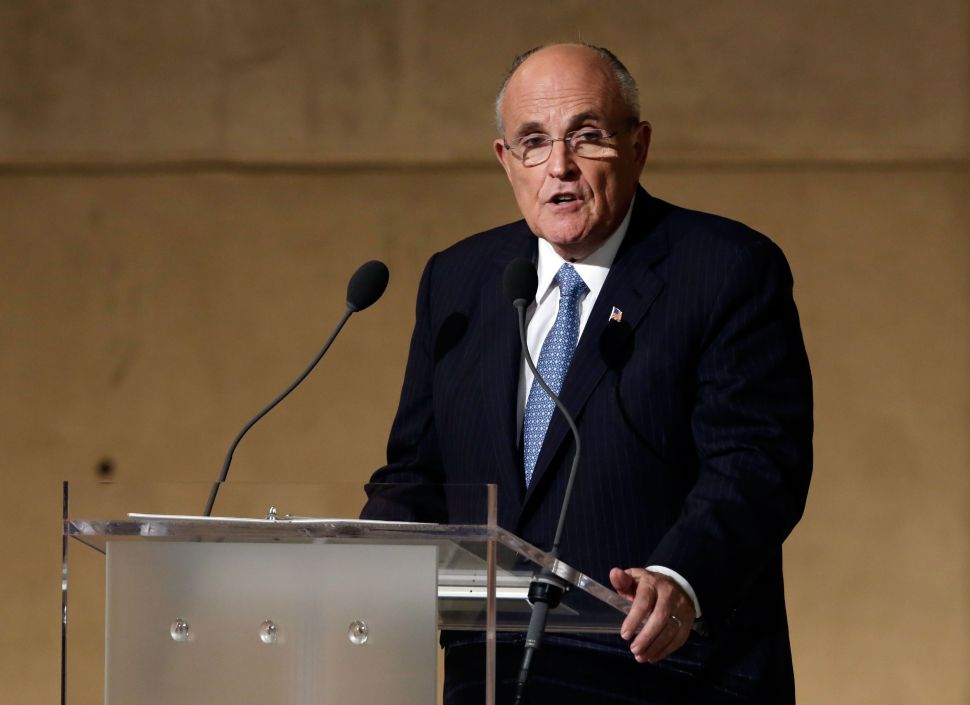