This story has been updated to include comment from Senator Ayotte’s spokeswoman.

As the presidential candidates continue to battle in anticipation of the primary elections, one of the most important U.S. Senate races of 2016 is simultaneously taking off. Governor of New Hampshire, Maggie Hassan, has decided to forgo reelection in an attempt to unseat incumbent Republican Senator Kelly Ayotte.

The race between Ms. Hassan and Ms. Ayotte will be one of the most high-profile and competitive this year. Virtually every poll conducted since Ms. Hassan announced her campaign shows the two candidates within only a few points of one other. Unlike most states which are skewed in favor of one party, New Hampshire has an almost even distribution of registered Democrats and Republicans, and over 350,000 undeclared voters. The implications of this race are amplified in a presidential election year where Democrats face an uphill battle to recoup 2014 midterm losses that saw their majority in the Senate disappear while the Republican majority in congress broadened to the largest it’s been since World War II.

“As Governor, I’ve worked to solve problems the New Hampshire way—bringing together Democrats, Republicans and independents to help hard-working Granite Staters adapt to our changing economy so that everyone has the opportunity to get ahead and stay ahead,” Ms. Hassan said in an interview with the Observer. “And it’s long past time for Washington to take the same approach.”

Ms. Ayotte is one of the few Republicans to have even acknowledged climate change is real, but her record is often in direct opposition to the livelihood of the environment, earning her a lifetime score of 23 percent from the League of Conservation Voters.

“Governor Hassan is running for Senate because Washington Democrats and Harry Reid begged her to, not because it’s what is best for New Hampshire. Her false attacks are a desperate attempt to distract from Kelly’s extensive record of working across the aisle to deliver results for New Hampshire,” said spokeswoman Chloe Rockow in a statement to the Observer. “Nationally ranked as the 7th most bipartisan senator, Kelly is leading efforts to address the heroin crisis, strengthen women’s health care and expand access to contraceptives, make college more affordable, and she has a long record of crossing the aisle to protect our clean air and dating back to her time as New Hampshire’s attorney general.”

When she was elected Governor of New Hampshire in 2012, Ms. Hassan became the only Democratic female governor in the country—until 2014, when Kate Brown was elected in Oregon and Gina Raimondo was elected in Rhode Island. During Ms. Hassan’s tenure, New Hampshire has frozen tuition at state universities for the first time in 25 years, lowered tuition at community colleges, expanded health coverage to cover 45,000 more state residents and worked with state legislators to push for infrastructure improvements after a 2011 report card issued an overall grade of “C.”

Ms. Hassan cites Ms. Ayotte’s voting record as one of the primary drivers for her decision to run for U.S. Senate.

“I am disappointed that Senator Ayotte has voted repeatedly for deep cuts in Pell Grants that would make college more expensive for thousands of New Hampshire students and voted against allowing young people to refinance their student loans,” Ms. Hassan said. “She has also voted repeatedly to defund Planned Parenthood and supports allowing employers to deny women coverage for birth control and preventative care. I’m also deeply concerned that Senator Ayotte was the only New England Senator to vote against important clean protections.”

The environment is one of the most polarizing issues between Ms. Hassan and Ms. Ayotte. Although Ms. Ayotte is one of the few Republicans to have even acknowledged climate change is real, her record has often been in direct opposition to the livelihood of the environment, earning her a lifetime score of 23 percent from the League of Conservation Voters.

“I have always been a strong champion for New Hampshire’s environment,” Ms. Hassan continued. “As a State Senator, I sponsored New Hampshire’s original Regional Greenhouse Gas Initiative (RGGI) and helped to pass the state’s Renewable Portfolio Standard—both of which received broad bipartisan support. As Governor, I signed legislation to strengthen those efforts, restored funding for the bipartisan Land and Community Heritage Investment Program (LCHIP) and worked to establish a long-term Energy Strategy. Meanwhile, in Washington, Kelly Ayotte has betrayed this bipartisan tradition to side with corporate special interests, including voting with the Koch brothers 94 percent of the time on environmental issues. She has fought to protect tax breaks for Big Oil while voting against clean protections, unlike every other New England Senator.”

New Hampshire is also grappling with a crippling narcotics epidemic, bringing drug abuse into the national limelight during the presidential primaries. In 2015, more than 400 people in the state died of an overdose, inciting calls for focuses on treatment rather than punishment—an alternative to the now unpopular, expensive and ineffective war on drugs that began during Richard Nixon’s administration. Ms. Hassan began 2016 by fast-tracking two bills into law to combat the state’s opioid crisis.

“While these bipartisan bills are an important step forward, the need for ongoing action remains urgent,” said Ms. Hassan. “We must continue to increase access to treatment and treatment capacity, strengthen our recovery networks and work to prevent addiction in the first place. And we must re-authorize New Hampshire’s successful Medicaid expansion plan without delay. It is very troubling that some in Congress like Senator Ayotte are still trying to repeal our bipartisan Medicaid expansion plan, despite the fact that experts have said it is critical to our efforts to combat substance abuse. As Senator, I will always put the health and safety of New Hampshire’s families first.” 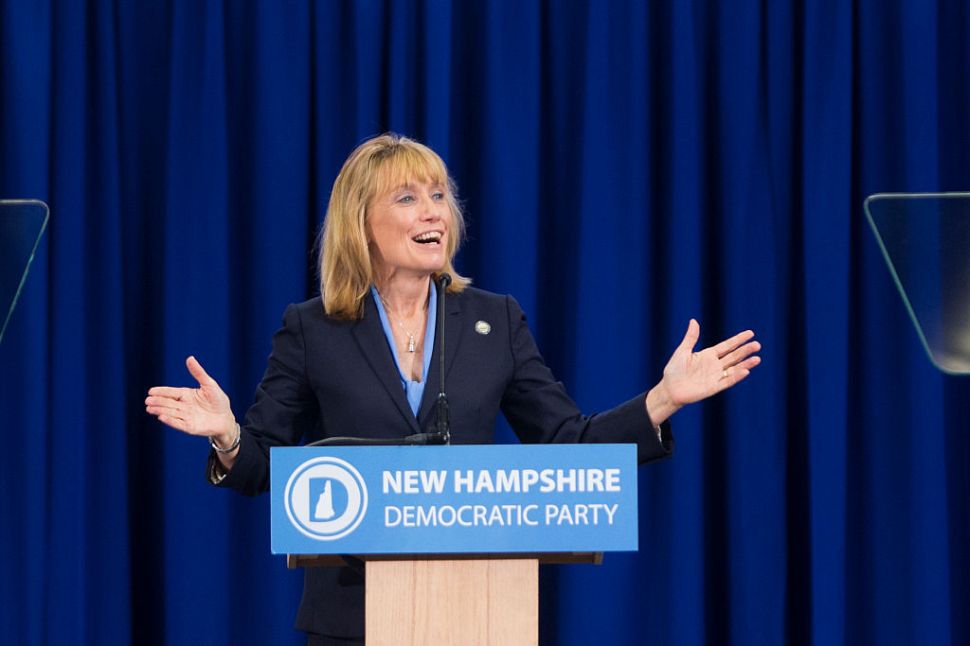