When one thinks of chic winter escapes, destinations like St. Barths, the Bahamas and Antigua come to mind. Puerto Rico? Not so much. But that is all changing, and fast.

While its economy might be on the brink of collapse, Puerto Rico is booming. About 3.2 million visitors enjoyed the island in 2015, and with good reason. Direct flights from chic capitals like New York, London and Miami are easy enough, while a new standard of luxury properties are sprouting up in an effort to attract stylish, urban travelers seeking taste combined with convenience. Specifically for Americans, that means no endless customs lines, pesky dollar exchanges or international data charges. While Puerto Rico isn’t exactly under-the-radar, it has only recently begun shedding its reputation as an island of cruise ship stop-offs and bachelors on a binge—it’s now drawing style influencers and the global jet-set crowd to its calm blue waters and endless sunshine.

Rebecca Hirsch, a freelance fashion publicist, has been visiting the premier hotel on the island, the St. Regis Bahia Beach Resort, every year for the last five years and has noticed an uptick in style-savvy guests, those clad in Eres caftans, Oliver Goldsmith sunglasses and Marni wedges. “Each year I seem to know more and more people from the fashion industry—it’s like the secret is out,” said Ms. Hirsch. “Here, you have the amenities of a five-star resort without the drama and the scene of the other islands.”

And amenities, there are. The only AAA Five Diamond property on the island, the St. Regis Bahia Beach Resort is nestled on a former coconut plantation between the El Yunque rainforest and the Atlantic Ocean, and features a wealth of natural beauty fused with cosmopolitan comforts. There’s a Jean-Georges restaurant, Fern, offering contemporary fare, as well as a 10,000-square-foot spa and oceanfront golf course designed by Robert Trent Jones Jr. Rooms combine state-of-the-art features with a relaxed Caribbean vibe in the way of wooden shingled doors and soft, breezy decor in pale pink, green and beige. With 139 rooms, the hotel feels at once personal and exclusive and yet vast enough to enjoy without feeling on top of other guests. For the most demanding patrons—New Yorkers, naturally—no request is too small for the private butler service assigned to each suite.

“We can customize and personalize everyone’s stay, including an abundance of those from the New York area who are used to having the best of the best,” said Jonathan Montalvo, sales and marketing coordinator at the resort.

Further west on the island, ManRepeller’s Leandra Medine, celebrity makeup artist Gucci Westman and Something Navy blogger Arielle Charnas have been posting selfies in their Zimmermann onesies at the new Dorado Beach, a Ritz-Carlton Reserve. The $342 million renovation of the famed Dorado Beach Hotel has upped the luxury ante on the island in a major way. This chic, tropical paradise features a private beach, adjacent infinity pool and a molecular gastronomic cuisine by Chef José Andrés. In its heyday, the 1,400-acre sugar plantation was owned by the Livingston family and attracted the likes of Joan Crawford, Ava Gardner and John F. Kennedy. Now, it’s luring modern-day screen sirens, politicians and titans of Wall Street.

In fact, Puerto Rico is constantly reminding travelers of its storied legacy: for nearly 100 years, it has provided some of the most famous Americans with a tropical refuge. Particularly at the recently renovated Condado Vanderbilt Hotel in the Condado section of San Juan, the historic property dates back to 1919 and was designed by the same architects as New York’s Grand Central Station. It’s hosted such luminaries as Charles Lindbergh, Errol Flynn and the Roosevelt family. After shuttering from 2002 to 2012, the Vanderbilt was purchased by billionaire hedge fund manager John Paulson, who poured nearly $300 million into the property in the hopes of reenergizing Condado, which in the 1990s became a dated stretch of high-rise developments, chain restaurants and casinos. The result is a magnificent mansion of a hotel with an oversized marble entryway reminiscent of a classic Park Avenue apartment, situated not two miles from lively Old San Juan with a private beach and oversized pool. It’s the ideal spot for those who want to get out and tour the island but desire a luxury enclave to return to.

Outside popular Condado, lesser-known areas of Puerto Rico are climbing onto the must-hit list among young, fashionable travelers. The W Hotel on the tiny island of Vieques hosted last year’s CFDA incubator retreat with fashion designers Misha Nonoo, Katie Ermilio and Sara Beltran, as well as The Coveteur’s Jake Rosenberg.

Rincón, on Puerto Rico’s underdeveloped west coast, has been dubbed the “new Tulum” for its surfer beaches and low-key fish shacks. While the economic fate of Puerto Rico remains largely unknown (it’s currently carrying $73 billion in debt), one would never know it from the dynamic energy of the island and its stylish offerings. One thing is for sure: The rest of the U.S., and specifically New York, is rooting for its sunny neighbor in the tropics. As Ms. Hirsch puts it, “Puerto Rico is the ultimate escape for New Yorkers who want the best of everything, without all the fuss.” 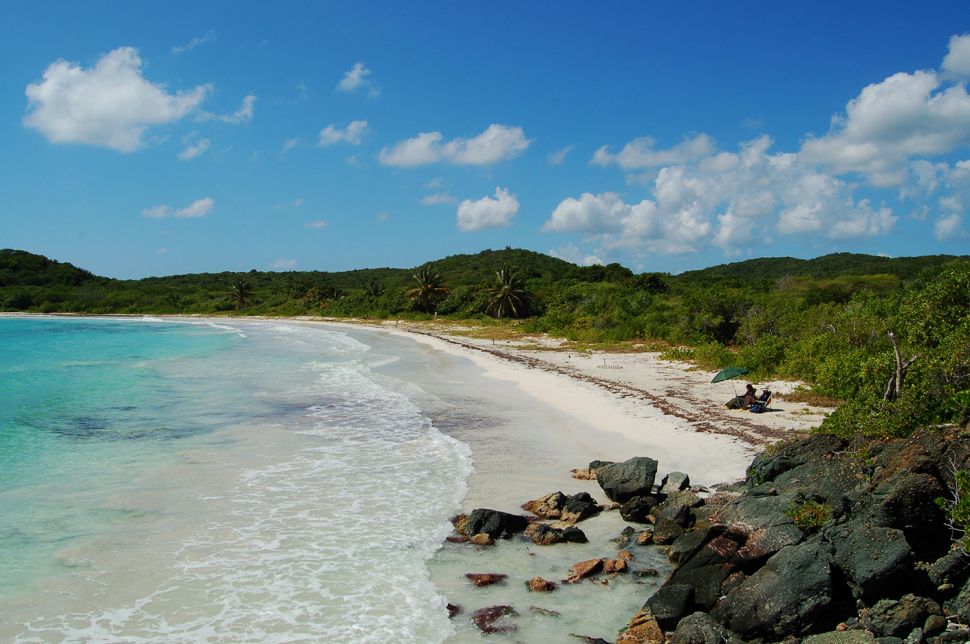