This is an excerpt from DEEP WORK by Cal Newport.

Adam Grant produces at an elite level. When I met Grant in 2013, he was the youngest professor to be awarded tenure at the Wharton School of Business at Penn. A year later, when I started writing this chapter (and was just beginning to think about my own tenure process), the claim was updated: He’s now the youngest full professor at Wharton.

The reason Grant advanced so quickly in his corner of academia is simple: He produces. In 2012, Grant published seven articles — all of them in major journals. This is an absurdly high rate for his field (in which professors tend to work alone or in small professional collaborations and do not have large teams of students and postdocs to support their research). In 2013, this count fell to five. This is still absurdly high, but below his recent standards. He can be excused for this dip, however, because this same year he published a book titled Give and Take, which popularized some of his research on relationships in business. To say that this book was successful is an understatement. It ended up featured on the cover of The New York Times magazine and went on to become a massive bestseller. When Grant was awarded full professorship in 2014, he had already written more than 60 peer-​reviewed publications in addition to his bestselling book.

Soon after meeting Grant, my own academic career on my mind, I couldn’t help but ask him about his productivity. Fortunately for me, he was happy to share his thoughts on the subject. It turns out that Grant thinks a lot about the mechanics of producing at an elite level. He sent me, for example, a collection of PowerPoint slides from a workshop he attended with several other professors in his field. The event was focused on data-​driven observations about how to produce academic work at an optimum rate. These slides included detailed pie charts of time allocation per season, a flowchart capturing relationship development with co‑authors and a suggested reading list with more than 20 titles. These business professors do not live the cliché of the absentminded academic lost in books and occasionally stumbling on a big idea. They see productivity as a scientific problem to systematically solve — a goal Adam Grant seems to have achieved.

Though Grant’s productivity depends on many factors, there’s one idea in particular that seems central to his method:

the batching of hard but important intellectual work into long, uninterrupted stretches.

Grant performs this batching at multiple levels. Within the year, he stacks his teaching into the fall semester, during which he can turn all of his attention to teaching well and being available to his students. (This method seems to work, as Grant is currently the highest-​rated teacher at Wharton and the winner of multiple teaching awards.) By batching his teaching in the fall, Grant can then turn his attention fully to research in the spring and summer, and tackle this work with less distraction.

Grant also batches his attention on a smaller time scale.

Within a semester dedicated to research, he alternates between periods where his door is open to students and colleagues, and periods where he isolates himself to focus completely and without distraction on a single research task. (He typically divides the writing of a scholarly paper into three discrete tasks: analyzing the data, writing a full draft, and editing the draft into something publishable.) During these periods, which can last up to three or four days, he’ll often put an out‑of‑office auto-​responder on his e‑mail so correspondents will know not to expect a response. “It sometimes confuses my colleagues,” he told me. “They say, ‘You’re not out of office, I see you in your office right now!’ ” But to Grant, it’s important to enforce strict isolation until he completes the task at hand.

My guess is that Adam Grant doesn’t work substantially more hours than the average professor at an elite research institution (generally speaking, this is a group prone to workaholism), but he still manages to produce more than just about anyone else in his field. I argue that his approach to batching helps explain this paradox. In particular, by consolidating his work into intense and uninterrupted pulses, he’s leveraging the following law of productivity:

If you believe this formula, then Grant’s habits make sense:

By maximizing his intensity when he works, he maximizes the results he produces per unit of time spent working.

This is not the first time I’ve encountered this formulaic conception of productivity. It first came to my attention when I was researching my second book, How to Become a Straight‑A Student, many years earlier. During that research process, I interviewed around 50 ultra-high-​scoring college undergraduates from some of the country’s most competitive schools. Something I noticed in these interviews is that the very best students often studied less than the group of students right below them on the GPA rankings. One of the explanations for this phenomenon turned out to be the formula detailed earlier: The best students understood the role intensity plays in productivity and therefore went out of their way to maximize their concentration — radically reducing the time required to prepare for tests or write papers, without diminishing the quality of their results.

The example of Adam Grant implies that this intensity formula applies beyond just undergraduate GPA and is also relevant to other cognitively demanding tasks. But why would this be? An interesting explanation comes from Sophie Leroy, a business professor at the University of Minnesota. In a 2009 paper, titled, intriguingly, “Why Is It So Hard to Do My Work?,” Ms. Leroy introduced an effect she called attention residue. In the introduction to this paper, she noted that other researchers have studied the effect of multitasking — trying to accomplish multiple tasks simultaneously — on performance, but that in the modern knowledge work office, once you got to a high enough level, it was more common to find people working on multiple projects sequentially: “Going from one meeting to the next, starting to work on one project and soon after having to transition to another is just part of life in organizations,” Ms. Leroy explains.

The problem this research identifies with this work strategy is that when you switch from some Task A to another Task B, your attention doesn’t immediately follow — a residue of your attention remains stuck thinking about the original task. This residue gets especially thick if your work on Task A was unbounded and of low intensity before you switched, but even if you finish Task A before moving on, your attention remains divided for a while.

Ms. Leroy studied the effect of this attention residue on performance by forcing task switches in the laboratory. In one such experiment, for example, she started her subjects working on a set of word puzzles. In one of the trials, she would interrupt them and tell them that they needed to move on to a new and challenging task, in this case, reading resumes and making hypothetical hiring decisions. In other trials, she let the subjects finish the puzzles before giving them the next task. In between puzzling and hiring, she would deploy a quick lexical decision game to quantify the amount of residue left from the first task. The results from this and her similar experiments were clear: “People experiencing attention residue after switching tasks are likely to demonstrate poor performance on that next task,” and the more intense the residue, the worse the performance.

The concept of attention residue helps explain why the intensity formula is true and therefore helps explain Mr. Grant’s productivity. By working on a single hard task for a long time without switching, Mr. Grant minimizes the negative impact of attention residue from his other obligations, allowing him to maximize performance on this one task. When Mr. Grant is working for days in isolation on a paper, in other words, he’s doing so at a higher level of effectiveness than the standard professor following a more distracted strategy in which the work is repeatedly interrupted by residue-​slathering interruptions.

Even if you’re unable to fully replicate Mr. Grant’s extreme isolation (we’ll tackle different strategies for scheduling depth in Part 2), the attention residue concept is still telling because it implies that the common habit of working in a state of semi-​distraction is potentially devastating to your performance. It might seem harmless to take a quick glance at your inbox every ten minutes or so. Indeed, many justify this behavior as better than the old practice of leaving an inbox open on the screen at all times (a straw-​man habit that few follow anymore). But Ms. Leroy teaches us that this is not in fact much of an improvement. That quick check introduces a new target for your attention. Even worse, by seeing messages that you cannot deal with at the moment (which is almost always the case), you’ll be forced to turn back to the primary task with a secondary task left unfinished. The attention residue left by such unresolved switches dampens your performance.

When we step back from these individual observations, we see a clear argument form:

To produce at your peak level you need to work for extended periods with full concentration on a single task free from distraction.

Put another way, the type of work that optimizes your performance is deep work. If you’re not comfortable going deep for extended periods of time, it’ll be difficult to get your performance to the peak levels of quality and quantity increasingly necessary to thrive professionally. Unless your talent and skills absolutely dwarf those of your competition, the deep workers among them will outproduce you. 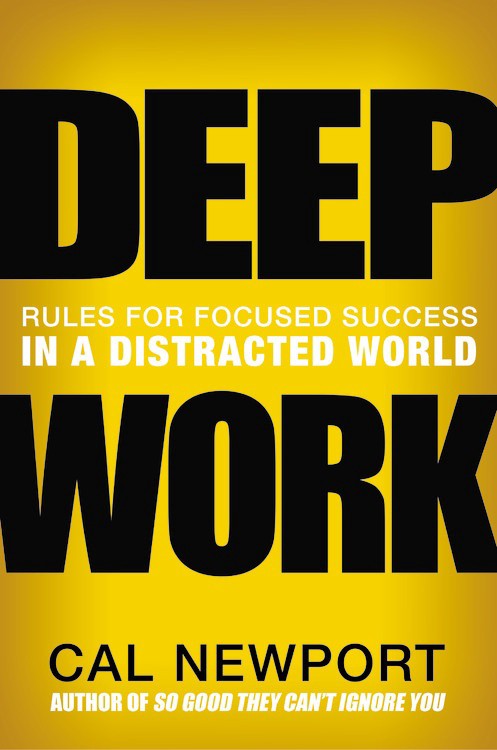 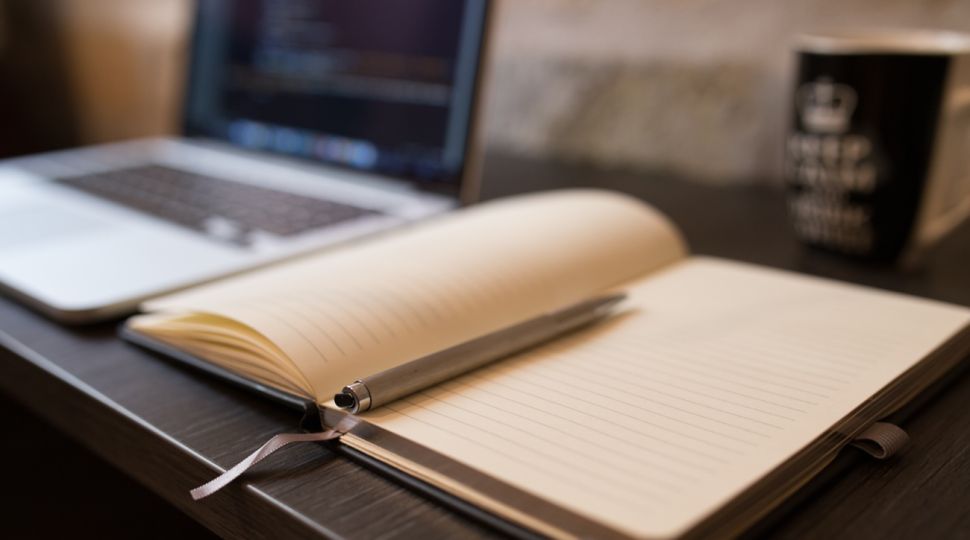