A day after one of the most prominent gun control organizations in America, the Brady Campaign to Combat Gun Violence, endorsed Hillary Clinton for president, the organization’s president criticized a controversial vote her top rival, Sen. Bernie Sanders, took a decade ago.

Doug Gross, the president of the Brady Campaign, tweaked Mr. Sanders, a Vermont independent, this afternoon for supporting a “truly evil” piece of legislation that shielded gun manufacturers and dealers from most liability lawsuits. He also rejected Mr. Sanders’ argument that there was “zero daylight” between President Barack Obama’s gun control record and his own.

“We think that there is a clear distinction between Hillary Clinton’s record of standing up to corporate gun lobby … and Bernie Sanders’ record,” Mr. Gross told the Observer in a conference call with reporters.

“Hillary Clinton fought alongside this organization when we passed the Brady bill,” he added, referring to a sweeping piece of gun control legislation passed in the 1990s. “Bernie Sanders voted against the Brady bill five times.”

As Mr. Sanders threatens to upset Ms. Clinton in Iowa and New Hampshire, the first two states to cast votes in the Democratic primary, the former secretary of state has repeatedly tried to expose a weak point in Mr. Sanders’ otherwise strong liberal voting record. Mr. Sanders, as Mr. Gross noted, voted against the Brady bill and for the gun immunity legislation, which the National Rifle Association called “historic” in 2005. At the time, Mr. Sanders served in the House.

Mr. Sanders has not disavowed these votes, even though liberal Democrats are staunchly in favor of gun control. “It’s not a mistake. Like many issues of legislation, it’s complicated,” he said at an Iowa forum earlier this week.

Mr. Sanders represents a rural state where gun ownership is high. In his first successful House race, he unseated a Republican who the NRA sought to defeat over a gun control bill he backed in Congress.

Despite this, the Sanders campaign has proudly noted the NRA slapped him with a “D-” rating. 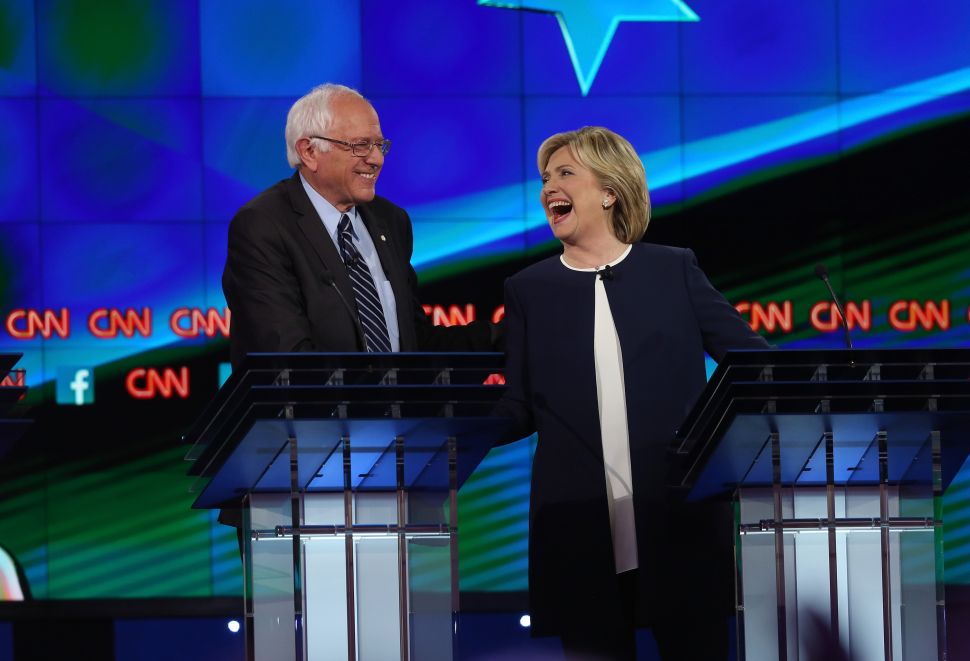