During the last Democratic debate, Hillary Clinton unraveled over Wall Street probes from her opponents, Sen. Bernie Sanders and former Maryland Governor Martin O’Malley. Similar to earlier debates when she was under attack, Ms. Clinton diverged into meaningless rhetoric that the Republicans aren’t doing anything to rein in Wall Street. Her lawyer-like tactics, intending to skirt criticism by siding with President Obama against Mr. Sanders, didn’t work. Though Ms. Clinton tries to paint herself as the forefront voice of the Democratic Party rallying against the GOP, her remarks came just moments after she claimed to be the best candidate to work with Republicans to enact meaningful legislation.

In her closing statements, Ms. Clinton focused on the water crisis in Flint, Michigan, using the devastating situation as a means for publicity. Although there is nothing she actually do for the residents of Flint—because she holds no political office—Ms. Clinton sent one of her top campaign aides to capitalize off the hot-topic town. Ironically, Ms. Clinton is no stranger to inaction over contamination. While her husband, Bill Clinton, served as Governor of Arkansas, Tyson Foods tainted the water supply for 300,000 people in northwest Arkansas with chicken waste. While in office, Mr. Clinton continuously granted Tyson the permitting to put public supplies throughout Arkansas in jeopardy of contamination.

In an attempt to distance herself from damaging criticism, Ms. Clinton mentioned twice during the debate that she supports campaign finance reform—yet Ms. Clinton is benefiting from the exact corruption she pledges to abolish.

What Ms. Clinton fails to mention is that she helped perpetuate systemic racism in our criminal justice system.

Ms. Clinton also fell empty on criminal justice reform. At Columbia University in April 2015, she admitted, “I don’t know all the answers,” and during the fourth Democratic debate Ms. Clinton noted in an uncomfortable, fumbled response: “Well, sadly it’s reality, and it has been heartbreaking, and incredibly outraging to see the constant stories of young men like Walter Scott, as you said, who have been killed by police officers. Their needs to be a concerted effort to address the systemic racism in our criminal justice system.”

What she failed to mention is that she helped perpetuate systemic racism in our criminal justice system. In 1994, while lobbying for her husband’s Crime Bill, she said, “We need more police, we need more and tougher prison sentences for repeat offenders. The three strikes and you’re out for violent offenders has to be part of the plan. We need more prisons to keep violent offenders for as long as it takes to keep them off the streets.” The bill was disastrous for communities of color, and helped incite the mass incarceration both Mr. Sanders and Ms. Clinton are campaigning to end. The number of prisoners in America grew 60 percent from when Mr. Clinton came into office in 1992 to when he left in 2000—in large part due to the 1994 bill for which Ms. Clinton helped lobby. Despite the overwhelming failures of the Crime Bill, Ms. Clinton voted in 2007 to replenish over $1 billion in funding to a police initiative launched by her husband.

Hillary Clinton is a great lawyer in that she unequivocally affirms the position which best suits the case she is making, but a good president is not predicated on the rhetoric they can formulate. For that reason, as voters realized when she ran for president in 2008, Hillary Clinton would make a terrible president. 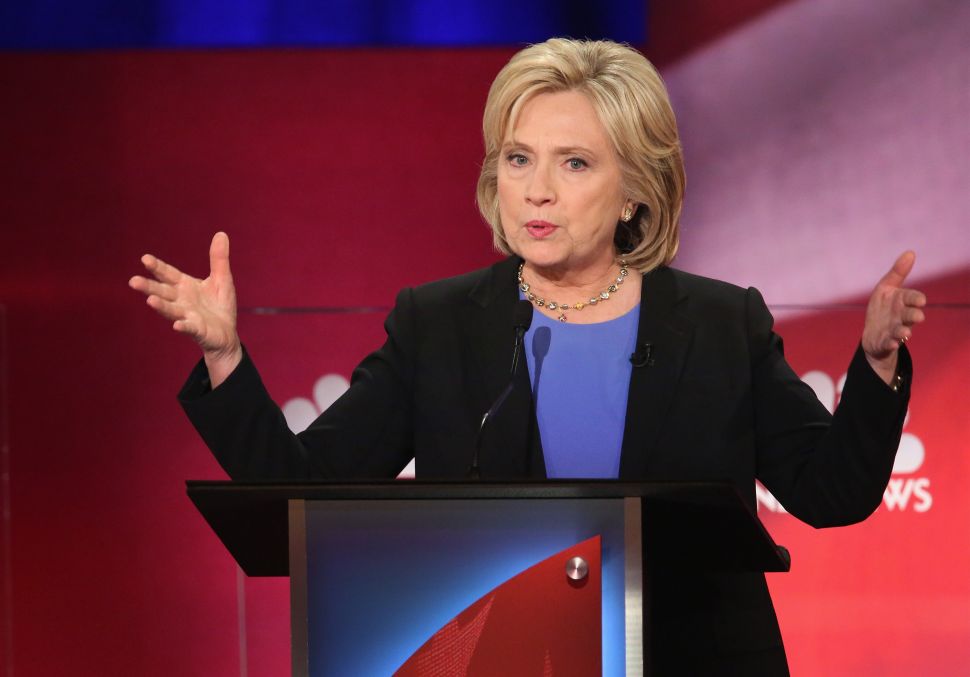