Back in October I told you that Hillary Clinton’s email troubles were anything but over, and that the scandal over her misuse of communications while she was Secretary of State was sure to get worse. Sure enough, EmailGate continues to be a thorn in the side of Ms. Clinton’s presidential campaign and may have just entered a new, potentially explosive phase with grave ramifications, both political and legal.

The latest court-ordered dump of her email, just placed online by the State Department, brings more troubles for Team Hillary. This release of over 3,000 pages includes 66 “Unclassified” messages that the State Department subsequently determined actually were classified; however, all but one of those 66 were deemed Confidential, the lowest classification level, while one was found to be Secret, bringing the total of Secret messages discovered so far to seven. In all, 1,340 Hillary emails at State have been reassessed as classified. 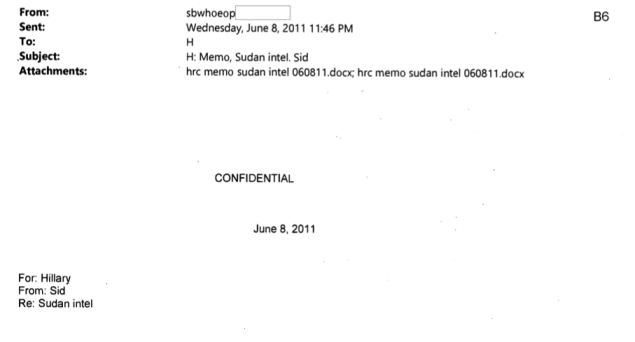 There are gems here. It’s hard to miss the irony of Ms. Clinton expressing surprise about a State Department staffer using personal email for work, which the Secretary of State noted in her own personal email. More consequential was Ms Clinton ordering a staffer to send classified talking points for a coming meeting via a non-secure fax machine, stripped of their classification markings. This appears to be a clear violation of federal law and the sort of thing that is a career-ender, or worse, for normals. The chairman of the Senate Judiciary Committee termed that July 2011 incident “disturbing,” and so it is to anyone acquainted with U.S. Government laws and regulations regarding the handling of classified material.

But the biggest problem may be in a just-released email that has gotten little attention here, but plenty on the other side of the world. An email to Ms. Clinton from a close Clinton confidant late on June 8, 2011 about Sudan turns out to have explosive material in it. This message includes a detailed intelligence report from Sid Blumenthal, Hillary’s close friend, confidant and factotum, who regularly supplied her with information from his private intelligence service. His usual source was Tyler Drumheller, a former CIA senior official and veteran spy-gadfly, who conveniently died just before EmailGate became a serious problem for Hillary’s campaign.

However, the uncredited June 8 memo, which Mr. Blumenthal labeled as “Confidential”—his personal classification system, apparently—but which the State Department has labeled Unclassified, doesn’t appear to be from Drumheller, whose assessments were written just like CIA intelligence reports. This is not.

Remarkably, the report emailed to Hillary by “sbwhoeop,” which was Mr. Blumenthal’s email handle, explains how Sudan’s government devised a clandestine plan, in coordination with two rebel generals, to secure control of oil reserves in the disputed region of Abyei. This is juicy, front-page stuff, straight out of an action movie, about a region of Africa that’s of high interest to the American and many other governments, and the report is astonishingly detailed.

Its information comes from a high-ranking source with direct access to Sudan’s top military and intelligence officials, and Mr. Blumenthal’s write-up repeatedly states the sources—there turn out to be more than one—are well-placed and credible, with excellent access. It’s the usual spytalk boilerplate when you want the reader to understand this is golden information, not just gossip or rumors circulating on the street, what professionals dismiss as “RUMINT.” Needless to add, this is generating a lot of talk in Sudan, where the media is asking about this shady affair—and how Mr. Blumenthal, who’s not exactly an old Africa hand, knew all about it.

But the most interesting part is that the report describes a conversation “in confidence” that happened on the evening of June 7, just one day before Mr. Blumenthal sent the report to Secretary Clinton. It beggars the imagination to think that Mr. Blumenthal’s private intelligence operation, which was just a handful of people, had operators who were well placed in Sudan, with top-level spy access, able to get this secret information, place it in a decently written assessment with proper espionage verbiage, and pass it all back to Washington, D.C., inside 24 hours. That would be a feat even for the CIA, which has stations and officers all over Africa.

In fact, the June 8, 2011 Blumenthal report doesn’t read like CIA material at all, in other words human intelligence or HUMINT, but very much like signals intelligence or SIGINT. (For the differences see here). I know what SIGINT reports look like, because I used to write them for the National Security Agency, America’s biggest source of intelligence. SIGINT reports, which I’ve read thousands of, have a very distinct style and flavor to them and Blumenthal’s write-up matches it, right down to the “Source Comments,” which smack very much of NSA reporting and its “house rules.”

But is this an NSA assessment? If so, it would have to be classified at least Secret/Sensitive Compartmented Information, a handling caveat that applies to most SIGINT, and quite possibly Top Secret/SCI, the highest normal classification we have. In that case, it was about as far from Unclassified as it’s possible for an email to be.

No surprise, NSA is aflutter this weekend over this strange matter. One Agency official expressed to me “at least 90 percent confidence” that Mr. Blumenthal’s June 8 report was derived from NSA reports, and the Agency ought to be investigating the matter right now.

There are many questions here. How did Mr. Blumenthal, who had no position in the U.S. government in 2011, and hasn’t since Bill Clinton left the White House 15 years ago, possibly get his hands on such highly classified NSA reporting? Why did he place it an open, non-secure email to Hillary, who after all had plenty of legitimate access, as Secretary of State, to intelligence assessments from all our spy agencies? Moreover, how did the State Department think this was Unclassified and why did it release it to the public?

It’s possible this Blumenthal report did not come from NSA, but perhaps from another, non-American intelligence agency—but whose? If Mr. Blumenthal was really able to get top-level intelligence like this for Hillary, using just his shoestring operation, and get it into her hands a day later, with precise information about the high-level conspiracy that was just discussed over in Sudan, the Intelligence Community needs to get him on our payroll stat. He’s a pro at the spy business. 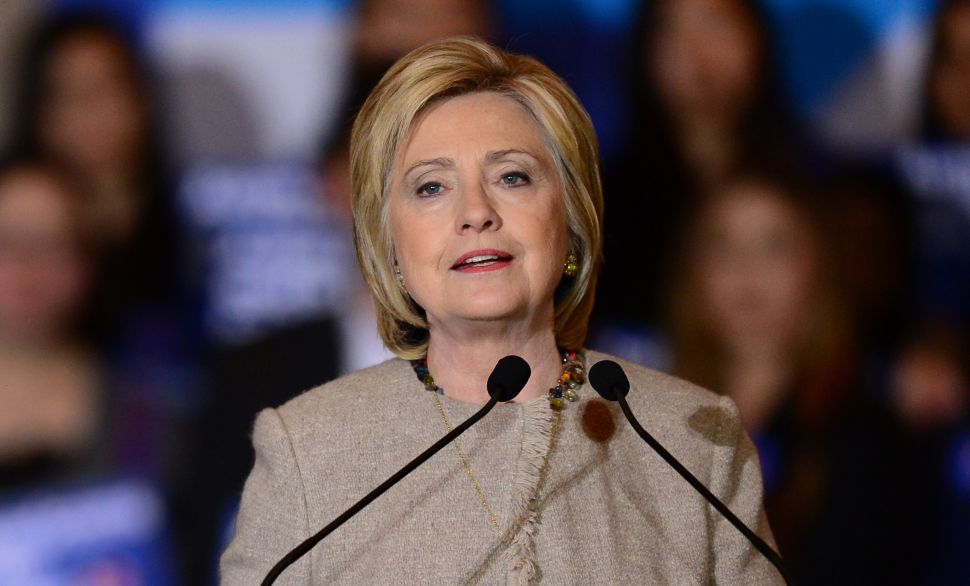