Old men ought to be explorers
Here or there does not matter
We must be still and still moving
Into another intensity
For a further union, a deeper communion
Through the dark cold and the empty desolation,
The wave cry, the wind cry, the vast waters
Of the petrel and the porpoise. In my end is my beginning.
—From T.S. Eliot’s Four Quartets (3)

Donald N. Levine was my aikido Sensei, professor, boss, mentor, and friend. He changed my life, helped make me a man, and showed me what matters. And on April 4th, 2015, at 83 years old, he peacefully passed away.

Don is known as a public figure for his work as a social theorist, higher education leader, Ethiopian scholar, and aikido master. Though I observed him in each of these public capacities, my purview also exposed to me his private life as a husband, father, grandfather, local Chicago community member, musician, activist, and social entrepreneur. Because our relationship spanned the final half-decade of his life — and most of his largest public efforts were complete — how I knew him was not by the labels in his biography or by the genius of his works, but instead as a human being. I was lucky to have known Don during a formative time in my life: ages 20–25, during which he was 80–84.

I met him through his course at the University of Chicago, Conflict Theory: Aikido. I’d heard of its unique syllabus: students would study international warfare, family tension, street fights, romantic breakups, and all other sorts of conflict by reading books on the subject matter, and then proceed to act out the conflict scenarios on wrestling mats, tossing each other around withaikido techniques.

When I enrolled, my life was in a dark period. I’d just spent several months in China where some turbulent business experiences and a crippling combination of sinusitis, bronchitis, pneumonia, and mononucleosis had me feeling worn out. Conflict Theory: Aikido sounded like a course that would be easy and restorative.

I remember the first day of class. Professor Levine strolled in with a charming limp he’d sustained teaching aikido in the Colombian highlands weeks prior, and successfully concealed his wince to give our 20-person class a sly welcoming grin. He sat down, clapped his paw-like hands together, and announced the beginning: “Onigashimas!”

The course turned out to be harder than I expected. Don asked provocative questions which I often got wrong, the readings challenged many of my beliefs about the world, and aikido turned out to be difficult — I was top-heavy, rigid, and clumsy. At times the class was deeply frustrating, which Don would tell me meant I was learning. Luckily I also found it incredibly interesting, and by the end of the 10 weeks my aikido skills had progressed — much to my delight — from terrible to not as terrible.

After the course’s end, Don invited some of the students to join him for his evening aikido classes at his private dojo. I took the opportunity, committed to spending more time in the practice, and our relationship started to grow. Over the next five years, we spent countless hours together on the aikido mat, working in his office, flying around to aikido seminars, driving around the city in his car, exploring Chicago’s parks, and sharing meals. What follows are the biggest lessons I learned from him during our years together. These lessons are my attempt to capture a small piece of what Don taught me about how to live.

I’ll always miss the office hours, the nights at the symphony, the morning coffees, the dinners at the Quad Club, and the backyard, basement, and sky deck keiko sessions.

There are countless more lessons Don never shared or I never learned, but the one that will stick that runs across them all: aikido is the universal practice of peace, both on and off the mat. Each of our lives would be a little bit happier and the world would be a little bit better of a place if everybody would make an effort to approach life with a little more self-awareness, intentionality, compassion, and harmony.

May Don’s spirit rest in peace with the earth below and the heavens above.

Ted Gonder is an entrepreneur on a mission to even the odds for future generations. He serves as co-founding CEO of Moneythink, a nonprofit organization dedicated to building the financial capability of young adults through technology-enhanced mentorship, and until July 2015, he was a member of the U.S. President’s Advisory Council on Financial Capability for Young Americans. 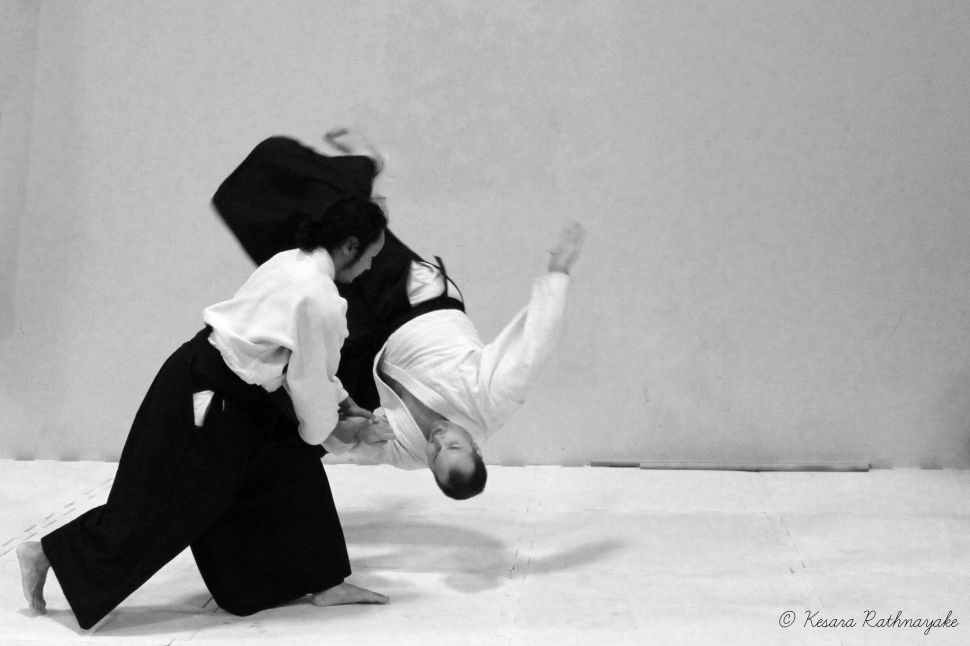