All right, so she’s not inevitable. We get that now. But that’s not bad news for establishment New Jersey Democrats. In fact, the Bernie Sanders uprising more than anything to this point opens up a greater possibility for the promotion of one of their own. That is, of course, providing Sanders ultimately loses his fight for the Democratic nomination.

Already having broken a very visible sweat under Sanders’s pressure tactics, former Secretary of State Hillary Clinton next Tuesday will presumably squeak out Iowa with a points win.  She’d better, or she’s in terrible trouble. If she doesn’t, though, and ultimately staggers out a win, it just adds more credence to this argument.

Then Bernie will drop her on the canvas in New Hampshire. Talk to NJ Dems now and they’re irritated about New Hampshire. They don’t want to truck up there only to mount a stage with a loser. Even if she wins in Iowa, what’s the point of donning snow gear and standing stiffly at attention in the background if it means simply contributing to a gloomy atmosphere? Clintonites are treating New Hampshire at this point like a roadside accident with no real casualties that can simply be sped past on the way to the next outpost.

That makes it a tie heading into the next big state of South Carolina, where Clinton will need a win to break Bern’s NH bump.

Now Clinton’s confident in Carolina. She claims 71 percent of the non-white primary vote compared to 20 percent for Sanders. That’s how she’ll win, and that’s how and why she’s going to finally win the nomination. The Clintons have years building ties in the southern Black community and they need it to pay off in South Carolina, where Hillary pulls 80 of the African-American vote, compared to 20% for Sanders.

Although he cuts into his establishment rival’s female core support and dazzles young voters, to date, Bernie has struggled mightily to connect with minority voters. Having built his political bones in white bread Vermont, he just doesn’t have the history of building in big urban areas. Clinton can put him away in the southern states by engaging the African-American vote, but there are signs at this point – note the endorsement of Sanders by the People’s Organization for Progress (POP) in Newark – that Sanders, with some momentum, can start chipping.

Enter that bright shiny national object otherwise known as U.S. Senator Cory Booker from New Jersey: a young, black, vibrant and dynamic campaigner who beefed up his urban back story as mayor of Newark with foreign policy street cred now as a junior U.S. Senator.

Clinton’s already dropped Booker in there on the trail. He also went in there for Senator Harry Reid at one point. In any event, he’s been down there and slapped backs and high fived and speechified and as long as Clinton needs urban voters to smother Sanders and put him in mothballs for good, Booker will be a valuable resource.

Clinton can put Sanders away in the southern states by engaging African-American voters, who by the way went big there with Barack Obama over Clinton in 2008. Booker was part of that movement, incidentally – an early, active and avid Obama backer.

When she blows away Bernie, she can throw Booker on the national ticket.

Yeah, I know what you’re thinking.

Hillary’s from the Northeast and she needs someone from out west or down south to balance out the ticket.

Someone like the late Lloyd Bentsen from Texas? How did that work out for Duke? Or how about John Edwards? That South Carolina card propelled John Kerry to victory over George W. Bush in 2004, didn’t it?

Listen. You can trot out that old argument about how Kerry blew it by picking Edwards; that ne needed to have selected Dick Gephardt as his running mate, and Gephardt would have pulled Missouri, and not made him need Ohio. Ballgame.

But Booker – who speaks better Spanish than his crash-coursing rival Julian Castro, by the way – transcends those stale old types whose associations with regions makes them seem more like Elks Club relics than gamers you can put on the field to energize the electorate.

All right, sure. Booker could end up being the next John Edwards: a young up and comer who, nursing his own designs for a future run, doesn’t hit hard enough to help the top of the ticket and offers a thin, young-man-in-a-hurry resume. But unlike Edwards, Booker’s a very quick study and agile pol who’s actually done the reading. Booker never gets his legs tangled, and busts out of those constrictions that in this Twitter happy universe make anyone born before 1969 – with the apparent exception of Donald Trump Bernie Sanders – look like a dinosaur.

Sure, that governor out in Montana can stand in a mountain pass and make the endearing argument that Clinton will also serve red state voters.  But Booker can go to war on Twitter and gin up millennials in those states and urban pockets Clinton will need to win a general election.

As for Castro, we’ve talked to ten people this week who say he lacks electricity. He was mayor of San Antonio and now he’s secretary of HUD. Thin. Very thin.

Clinton’s 68. The other prospects on her VP list all look past their prime.

Sanders putting her in a brawl and making her dependant on key lifelines is good news for Booker, who has his designs on that VP slot, and good news for establishment Dems in his home state, who even if they don’t love him like they once did, crave another open seat to move everyone up in the event of a senate vacancy.

A tougher than expected Democratic Primary puts pressure on Clinton to reward those she leaned on to get to the big stage, and Booker at the very least in these circumstances will inch up the VP short list. 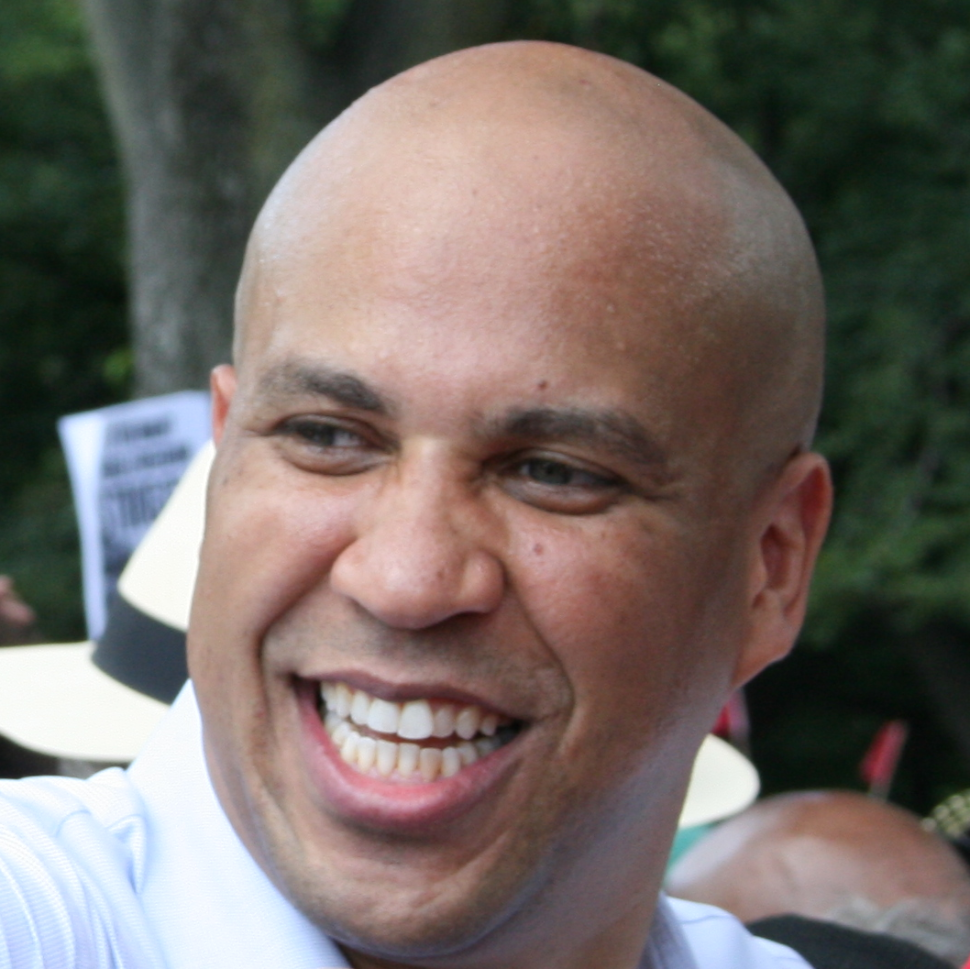