A year ago, Sheldon Silver was kicking off another session as Assembly speaker—his 21st, to be exact. He’d been touched by scandal, but he’d also been described, more than once, as Teflon—a rare immovable object in Albany’s raucous political climate, thorn in the side of governors and mayors who’d long since come and gone. He was one of the three men you had to convince if you wanted something big to happen in New York—be it something in the budget, charter schools, taxes, what-have-you. He was holding onto a reputation as a tenant advocate, and he was staring down a session filled with major real estate questions, including the renewal of rent laws and the 421a tax credit.

Today, Silver’s lost not only his speakership, but his Assembly seat—unceremoniously ejected from the chamber following his conviction on felony charges that he’d sold his office for more than $4 million. His history of fighting on behalf of tenants was tainted by a trial that saw him accused of accepting kickbacks, described as legal fees, from Glenwood Management—while presiding over legislation that was worth billions to the industry. He’ll be sentenced in April, and faces decades in prison. And that 421a tax credit renewal, much discussed at his trial, still hasn’t been settled.

“I think, considering how he left office, it’s a tarnished legacy,” said Assemblywoman Amy Paulin, a New Rochelle Democrat who testified about the workings of the Assembly for the prosecution at Silver’s trial. “People are going to remember the good he did, but they’re going to remember the conviction, as well. And so you can’t help that everything he did is going to be seen through a different lens.”

“In his own way—there are many Robert Moses analogies here—he understood city-state relationships, the structure of the state legislature,” one of the top brokers in the city told Commercial Observer on condition of anonymity. “And over a period of many years, little by little, [he] morphed that structure in such a way that the state took more and more control of the city.”

If Silver’s fall from power was surprising, perhaps so was his ascent in the first place. Despite the money he was convicted of making, he’s typically described as modest and humble. For one of the state’s most powerful people, his profile was so low that a cadre of political reporters, some of whom had been on the Albany beat for years, were unable to determine whether his wife, Rosa, was in attendance on the first day of his trial—because they didn’t know what she looked like. Asked to describe the 71-year-old Orthodox Jewish politician from Grand Street, the people interviewed for this story essentially thumbed through every synonym for “quiet.”

“He’s kind of a laconic guy,” said Rick Lazio, a former congressman who ran for governor as a Republican and once visited Israel with Silver, who is now a columnist for Commercial Observer and an attorney with Jones Walker. “Not prone to bragging, family-oriented, obviously Orthodox, religious—not who you would associate with sort of a glad-handing, stereotypical politician.”

READ MORE AT THE COMMERCIAL OBSERVER 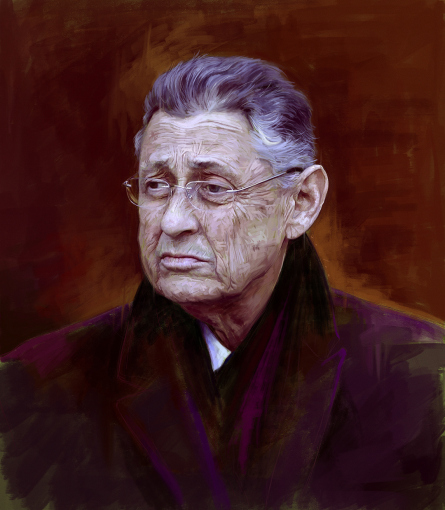