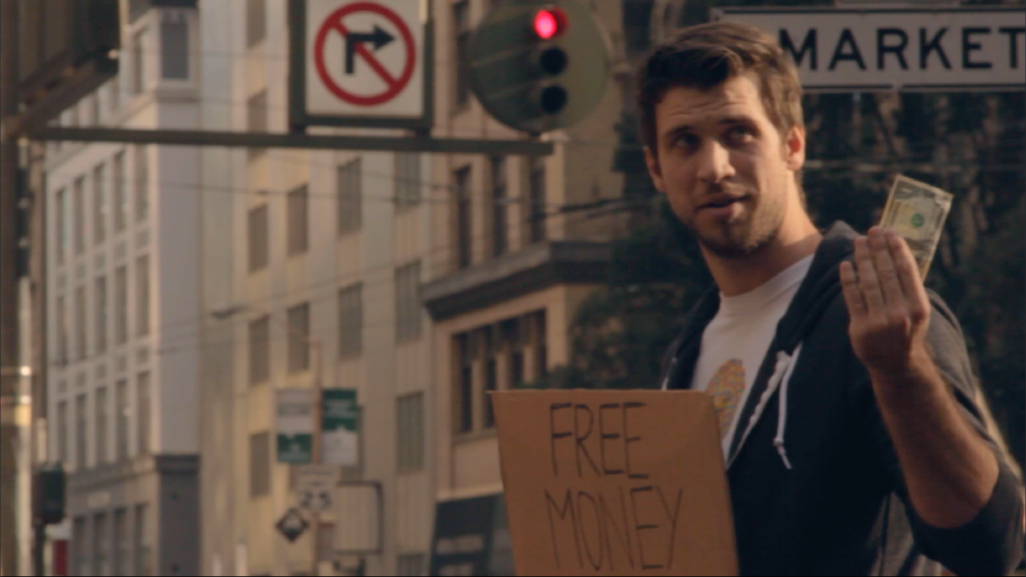 In November 2015, I did something genuinely nice for a stranger every day. Good deeds ranged from serving dinner at a homeless shelter, handing out balloons at a children’s hospital, and baking cookies for my neighbors.

I think I’m a fairly nice person (after all, I am Canadian). But I’m not that nice. What kind of effect would extreme altruism have on my well-being?

The answer, it turns out, was a huge one.

November was my favorite month of 2015. And the day we filmed Free Money was the highlight.

My dad inspired the idea. When I was 12, he presented me with a thought experiment: Let’s say that happiness is a tangible thing, and you’re given a large sum of it. (I always pictured the amount to be just big enough to wrap my arms around.) You can either give all that happiness to one person, or spread it out amongst a large group of people—say a hundred or so. Which do you choose?

I never had a great answer, but the idea stuck with me. When brainstorming possible good deeds, my dad’s thought experiment popped back into my head. I wasn’t sure how to quantify happiness. But money… now that was something tangible I could test.

I decided that I would give one stranger $100 and 100 strangers one dollar and then compare the two. Which one did I feel was more impactful?

On November 5th, I withdrew $100 from the ATM and gave it to the first person I saw. It was surreal, for both him and I. The exact word he used was “dumbfounded.” He then told me that he was using the money to buy a PO box (of all things). It was unequivocally the nicest thing I’d ever done for a complete stranger, and it felt pretty good.

I wasn’t sure if giving 100 strangers one dollar could measure up. But a couple weeks later, I decided to try.

As fate would have it, one of my best friends, Greg Arch, was in town filming another project. I asked him if he’d be game to film my experiment on his day off. He agreed.

Thank the heavens for the people of San Francisco and for Greg and his camera. Because the end result far exceeded what I could have ever imagined.

What you see in “Free Money” is a collaboration between three of us: Greg, my brother Scott (who produced the background song), and I.

Not to mention those beautiful people of San Francisco. Who taught me that happiness spreads. That kindness begets more kindness.

That a smile, a handshake, a hug are worth so much more than money.

Alex Korchinski writes about personal experiments on his blog: AlexGivesUp.com. By day, he is a product manager at Scribd, where he tries to get more people to read books. 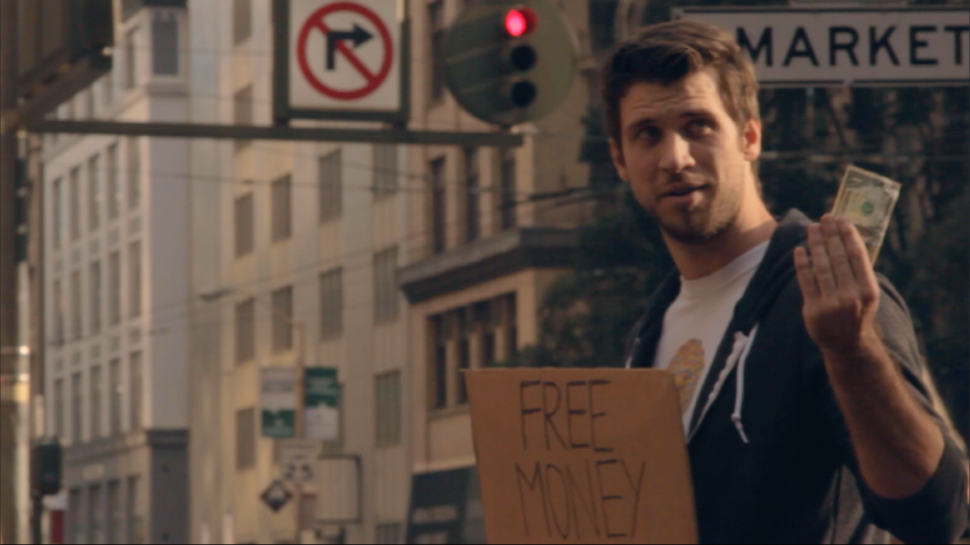