In defending its Iran Deal, the Obama administration has insisted that, while it remains concerned about Iran’s many transgressions against international norms, it was never within the purview of the negotiations to address matters such as Iran’s support for international terrorism, its holding of American hostages, or its campaigns to destabilize its neighbors.

So, no mention of Iran’s support for Hezbollah. No discussion of weapons shipments to the Houthis in Yemen. No talk of Iranian meddling in Bahrain. Certainly no broaching the subject of propping up Assad, nor of hosting Al Qaeda within Iran’s borders.

The talks, and the deal they produced, the Obama administration insists, are purely about the nuclear program.

But a look at the list of people and companies that were just removed from the sanctions list now that “Implementation Day” has come and gone—those, in technical parlance, with “Specially Designated National” status—tells a different story.

The list, which accounts for more than 60 pages of the deal, includes a number of the people and organizations one would expect to find as part of a nuclear agreement. The chairman of the Atomic Energy Organization of Iran, for instance, is on the list. The engineers that manage the reactors at Natanz and Esfahan are on the list. The company that made the centrifuges (albeit illegally) is there, too. Even the dozens of front and shell companies that Iran used to illegally obtain parts, and the many ships and shipping companies Iran used to illegally bring them into the country are there. Not to mention a number of people that helped Iran illegally sell oil in contravention of international sanctions in order to finance the whole operation.

For these people, at least an argument can be made that they are all relevant, however indirectly, to the Iranian nuclear program. Fair enough.

The deal not only grants relief to a group of people that have been waging covert war against the United States for over 30 years, but it rewards terrorism and actually makes it easier for them to operate in the future.

However, if the administration contends that only matters related to the nuclear energy program were on the table during negotiations, why did it agree to lift sanctions on numerous people and companies that have nothing to do with the nuclear program?

Much has been made of the trip by Quds Force Commander Qassem Soleimani to Moscow late last year (he is the most important figure on the sanctions list), but the truth is that Soleimani is just the tip of the iceberg of Iranians with military and terrorism ties who are now much more free to move around the globe.

The agreement even relieves sanctions on Anis Naccache, a notorious Lebanese terrorist who helped Carlos the Jackal take OPEC oil ministers hostage in Vienna in 1975. Later, as a member of Fatah, Naccache tried to assassinate pre-revolutionary Iranian Prime Minister Shapour Bakhtiar in Paris. Naccache was also a close friend of Imad Mughniyeh, the late head of Hezbollah’s Islamic Jihad Organization, architect of the Marine barracks bombing in 1983. How is Naccache relevant to Iran’s nuclear program?

In all, it appears there are more than 30 individuals removed from the sanctions list with strong connections to Iranian military industrial and terrorism complex—and no apparent connection to the nuclear program. The Iranian negotiators correctly read the extent of the administration’s desperation for a deal, and capitalized handsomely on the opportunity to not just gain legitimacy for their nuclear program, but to dismantle restrictions on these very dangerous individuals.

Let’s not forget that it was the IRGC, specifically the Quds Force, that supplied Shiite militias in Iraq with Explosively Formed Penetrators, and trained the Iraqis in their use and fabrication. These munitions directly resulted in the deaths of at least 500—and probably more—American soldiers in Iraq, and the maiming of countless others. Qassem Soleimani and his commanders, hands dripping with American blood, are now free to travel the world, courtesy of Barack Obama and John Kerry.

Those in Congress who continue to support the deal should consider the message it sends. The deal not only grants relief to a group of people that have been waging covert war against the United States for over 30 years, but it rewards terrorism and actually makes it easier for them to operate in the future.

Marc C. Johnson (@blogguero) is a consultant and former CIA officer. Michael Pregent (@MPPregent) is a former Army officer and currently Executive Director of Veterans Against the Deal (www.vetsagainstdeal.com). 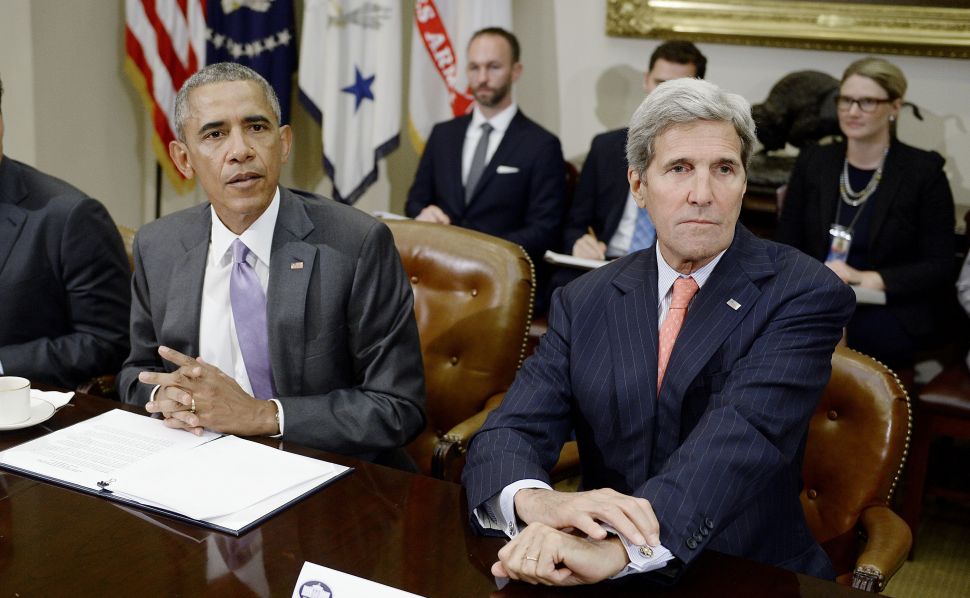