It is axiomatic that the stakes are high in any presidential election, but the stakes are different for each candidate. If, for example, Marco Rubio, Ted Cruz or Rand Paul run a decent race and lose, they can go back to being senators and prepare for 2020. If Gov. Chris Christie does not win, it will not be a big blow to his status because nobody expected him to win anyway. Even if Donald Trump does not win, the impact he made on politics will have been enormous and he will have many options. On the Democratic side, if Bernie Sanders comes up short, he can enjoy being the leader of the progressive left in the U.S.

For Hillary Clinton, however, the stakes are very high, both personally and politically. If she wins, not only does she become President, but she will occupy a role in history as the first woman to lead the country. If she loses, particularly if she fails to win the Democratic nomination, Ms. Clinton will be remembered for losing two primaries in which she was heavily favored to win. Blowing two of the biggest primary leads in history is about as bad a political legacy as a major politician can have.

Ms. Clinton, of course, still could be her party’s nominee. Moreover, if she wins Iowa, something that is possible and perhaps even likely, she can probably sustain a loss in New Hampshire, win the next two states, Nevada and South Carolina, and wrap up the nomination pretty quickly from there. However, if Senator Sanders manages an upset, the reason will be a relatively simple one: the base of the Democratic Party has now moved considerably to left.

Ms. Clinton is currently struggling against that reality, but it is exacerbated by a question of timing, something that is of central importance in presidential elections. Barack Obama won in 2008 because the politics fell into place for a senator with the right combination of personal narrative and outsider appeal. In 2008, Ms. Clinton frequently tried to portray Mr. Obama as not yet ready to be President, suggesting that he should wait a few years before seeking the presidency. That charge did not resonate with voters. Candidate Obama understood that 2008 was his moment. Had he waited until 2012 or 2016, he would probably have been just another liberal Democratic senator viewed as a Washington insider.

The question this raises for Hillary Clinton, albeit one about which she can do nothing, is whether or not 2016 is her moment. The difficulty she is having defeating an opponent who is 74 years old, calls himself a socialist, and lacks a strong understanding of foreign policy, suggests that, win or lose, this is not her moment.

One of the reasons for this is that Ms. Clinton is in the unprecedented position of being a former first lady running for President. Moreover, she is doing this 16 years since her husband left the White House. While it is clear that Ms. Clinton has used that time to substantially strengthen her resume, serving eight years in the Senate and four as Secretary of State, it is also true that 16 years is a long time to wait for a horizontal transition within a political dynasty. The most obvious effect of this is that Ms. Clinton, 68, is now older than most presidential candidates, a fact offset by Mr. Sanders being even older than her, but this nonetheless has made it harder for her to connect with younger voters.

More significantly, Ms. Clinton’s implicit connection to her husband’s administration is no longer as helpful with a democratic electorate that increasingly views the Clinton era less positively than it did when Bill Clinton was finishing his term in 2000. The family that was once an asset to her has proved, at best, a clumsy and inconsistent resource in 2016. The former President is brilliant at times, but his sexual foibles appear even worse from the today’s vantage. Moreover, while older Democrats still may see another campaign surrogate, Chelsea Clinton, as the awkward teenager who went to Washington with her parents in 1993 and grew to be a smart and impressive young woman, younger Democrats are more likely to see her as a child or privilege and out of touch with most of her own generation.

By waiting until 2016, Ms. Clinton may have let her moment pass her by. That moment, with the advantage of hindsight, was most likely 2004, when her husband’s presidency was recent enough that it was defined more by the strong economy of the 1990s, not by the seeds of the 2008 economic collapse (as many on the left see it now). Moreover, Ms. Clinton was, while still well known and familiar, was not quite as much of an establishment figure as she is today. Additionally, the 2004 Democratic field was not a strong one and consisted entirely of white men from the political class. In that field, Ms. Clinton could have presented herself both as an outsider because of her gender, something that she was not able to do against Mr. Obama in 2008 or thus far against Mr. Sanders this year, and the heir of the then-untarnished Clinton legacy. Moreover, in that truly multi-candidate race, it would not have taken much for Ms. Clinton to win a plurality or come in second in all the early states.

John Kerry, a generic and uninspiring liberal Democrat, with no compelling charisma and a good story that was effectively attacked by supporters of President Bush, ended up winning that nomination and losing the election very narrowly. Had 60,000 voters in Ohio switched their votes, Mr. Kerry would have won that election. It is, of course, impossible to know how Ms. Clinton would have fared against George W Bush had she been the nominee, but it is easy to imagine that she would have been a stronger candidate than Mr. Kerry and quite possibly could have defeated Mr. Bush.

Ms. Clinton, for what probably seemed like good reasons at the time, did not run in 2004. She undoubtedly figured she would have other chances, and indeed she has, but in politics planning two, or even one presidential cycle ahead can backfire. In the twelve years since John Kerry narrowly lost to George W. Bush, Ms. Clinton has seen her political views become less resonant with the base of the Democratic Party, her image become that of the ultimate political insider and her husband’s presidency viewed differently by many. 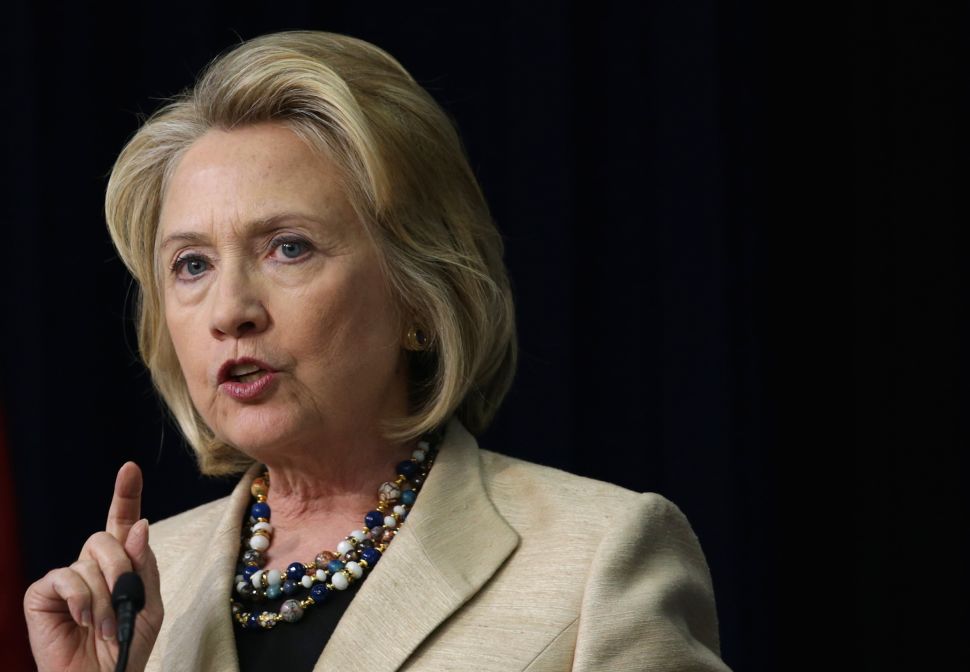