The staunch nonprofit known as the Art Dealers Association of America (ADAA), which helps dealers and collectors with concerns regarding appraisals, scholarship, ethical practice, public policy, and other imperative art market concerns, has been putting on a small (by today’s standards) art fair called simply The Art Show since 1989.

Since that time, they’ve taken a careful step-by-step approach towards building the fair, drawing booth proposals from their 180 member galleries for the show, which takes place at the Park Avenue Armory every year.

Despite a reputation for outstanding quality, The Art Show is usually seen as a quiet, “insider” affair, unlike its local competitors, the flashier Armory Show (which also opens in March) and the chic Frieze New York (which hits Randall’s Island in May). Maybe this is due to the relatively few artists under 40 exhibited at the fair, which has tended to focus on the hard-earned excellence of name older artists or the estates of late artist? Perhaps it’s the nondescript name of the fair that keeps it under the radar?

Whatever the reason, now is the time for this show: it clearly puts superior art ahead of style and glitz. And it has just announced a sparkling list of galleries and artists for its 2016 edition, which runs March 2 through 6.

Highlights include a solo booth of rare vintage photographs of groundbreaking performances by the influential artist Carolee Schneemann, courtesy of P.P.O.W; a presentation of gorgeous works by little-known Italian Modernist sculptor Fausto Melotti via mega-gallery Hauser & Wirth (a newcomer to the fair); remarkable drawings by the late self-taught artist extraordinaire Bill Traylor at the booth of Betty Cuningham Gallery; a solo booth of early works by the incomparable New York painter and photographer Marilyn Minter, presented by Salon 94; a David Zwirner-presented booth of works by “Pictures Generation” great Sherrie Levine; late works by the highly underrated mid-century figure painter Bob Thompson at the booth of Donald Morris Gallery; and a selection of works by celebrated color field painter Jules Olitski, that spans all of his 45-year career, at Paul Kasmin’s booth.

But the show has simultaneously gotten a bit younger as it has matured. Chelsea’s 303 Gallery will present the seductive mirror and aluminum works of young artist Nick Mauss; James Cohan Gallery will display a group of paintings, collages and drawings from comic-inspired mastermind Trenton Doyle Hancock and a selection of enamel on Plexiglas works by Mika Tajima will be at the booth of sister galleries Van Doren Waxter and 11R.

You can find the full list of exhibitors here.

The Art Show kicks off the week on March 1 at a gala event that benefits another beloved institution: the Henry Street Settlement on New York’s Lower East Side, which was established in 1893 and has offered a multitude of social service, arts, and health care programs to New Yorkers for over a century. You can buy tickets for the event, which will take place at the Henry Street Settlement, on their website. 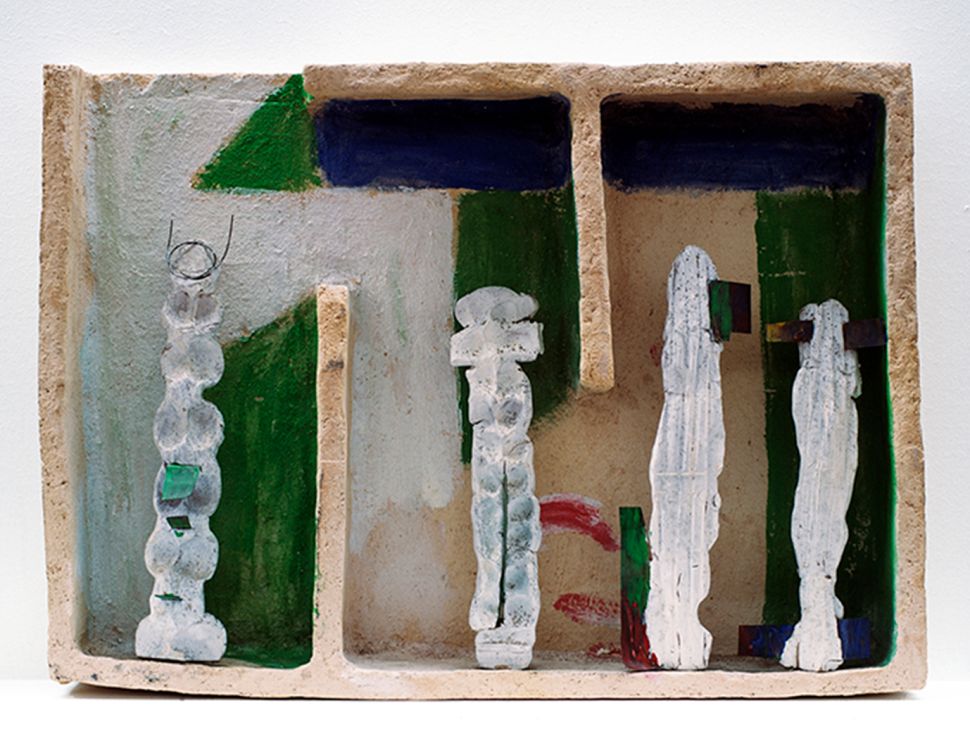