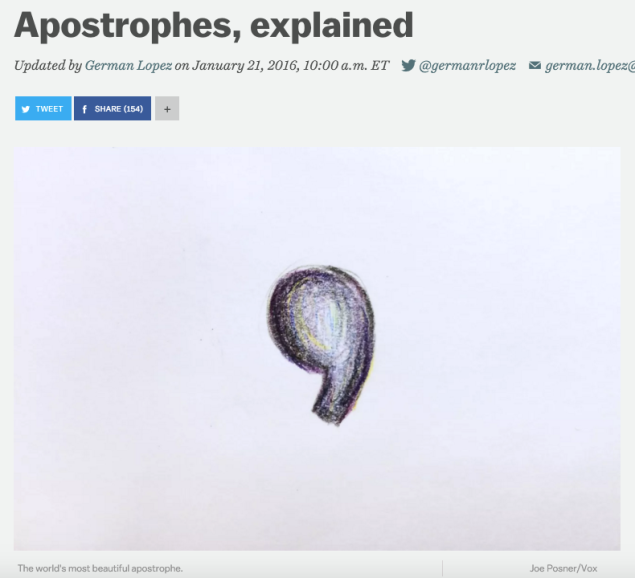 To paraphrase Oscar Wilde, every piece of journalism is its own form of press criticism, a reaction to and implicit commentary on the articles and essays and think pieces and hot takes that have come before it. Just as artists—sculptors, novelists, painters—respond to the past based on their own aesthetic judgements about what’s worth building on and what’s worth discarding, so too do reporters, editors and copywriters refine and critique their trade.

Sometimes that comes in the form of parody, and it is not uncommon that a publication will mock its history within its own pages. Take the “Slate pitch,” for instance, which comes to mind every time a pioneering Slate writer sends some wildly contrarian idea—“Creed is good!”—out into the digital universe. The New York Times Sunday Styles section, too, often winks knowingly at the absurdity of its trend stories while simultaneously committing them to print—as was the case, say, with Allen Salkin’s rise-of-the-monocle piece from the spring of 2014.

Other times, the parody is unintentional, as when Henry Blodget, the founder of Business Insider—a website repeatedly criticized for repurposing other sites’ material, with a credit and a link—copy and pasted the entire Wikipedia page for the My Lai Massacre into a single blog post. “Five Thousand Word Blog Post Is 96% Copy-Pasted Wikipedia Entry,” Hamilton Nolan’s Gawker headline screamed at the time.

And every so often, when a website hasn’t been around long enough that you can fully grasp its style and intentions, it isn’t clear whether or not a writer is making a commentary on his own publication or if he’s just un-self-consciously making content. German Lopez seems to have inserted a sly piece of press criticism onto the two-year-old Vox website today with his Vox explainer, “Apostrophes, explained,” which takes the notion of the dry, pedantic Vox post to absurdist realms.

“You may be wondering why any of this matters, and I’m not going to oppose your nihilism,” Mr. Lopez writes after having explained that apostrophes are used to indicate a plural, a contraction and a possessive (who knew!). “But apostrophes offer an exciting opportunity to show other people how smart and educated you are. That should be a good enough reason to read this short explainer and share it with your friends on as many social media platforms as possible.”

That’s the basic subtext of a lot of Vox material, though Mr. Lopez—who normally covers the criminal justice system, drug policy and LGBT issues, according to his Vox profile page—doesn’t say that out right. He simply goes on to explain how to use apostrophes, which is, after all, the post’s stated intention.

Sometimes, though, you have to read between the lines—or, as the case may be, the apostrophes. 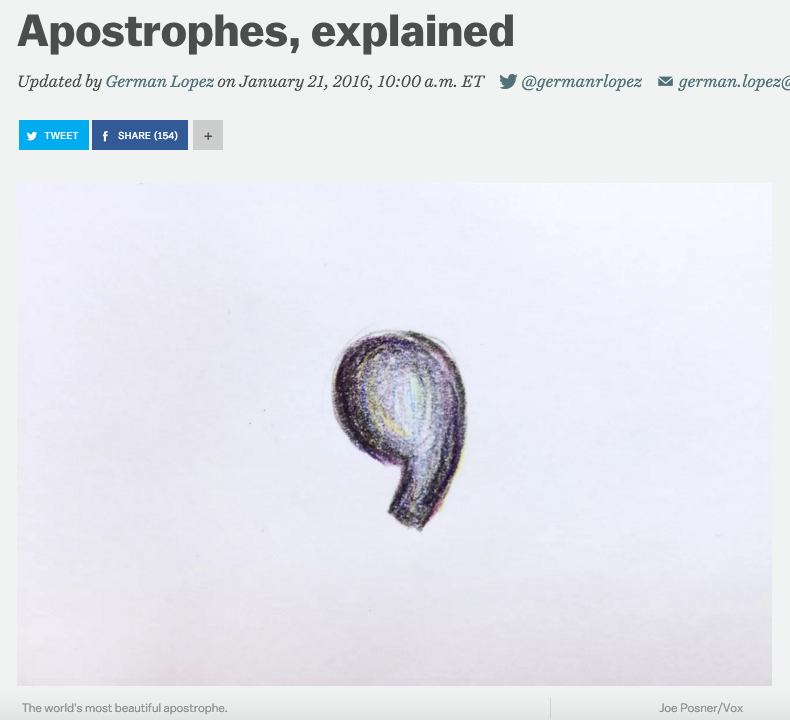