After a year filled with talk of both $100 million sales and a softening at the top of the luxury sales market, opinions on 2016’s direction are as disparate as they are authoritative. Below, a poll of industry experts on what to expect from this unpredictable market.

“I think the highest neighborhood on the market will still be the 57th Street corridor—quite frankly, just like how 20 years ago, you were living in the 60s or 70s on Fifth or Park—but there’s a whole different level of arrival to say you have an apartment on the 57th Street corridor. It’s a whole different dynamic; I still think at the end of the day, for a lot of people that is going to be the trophy property of people saying, ‘I’ve arrived!’ ”

“Hamilton Heights is really emerging as a chill neighborhood, slower-paced than Central Harlem. Buyers are coming from different areas. People coming from downtown who have just said, ‘it’s too expensive, it’s too crazy.’ They cash out, and then they can buy an entire townhouse [in Harlem] for $4 million. The area has seen an explosion of cute restaurants popping up—they’re not huge. That’s becoming very appealing, and getting a great neighborhood vibe. I see that continuing to grow. People are going to find a very different feel than they get in Central Harlem, which is much busier.”

“I really think the far West Side, just north of Riverside Boulevard, is a neighborhood to watch—the Riverside Center area. I think you’ve got amazing potential to be a true mixed-use destination. There’s retail, food—and anything touching the river or overlooking the river, river views! The kind of community and the urban-planned aspect of it will be very attractive to buyers.”

“I think the biggest change [from 2015] is a change of psychology and the introduction of anxiety into a market. I think we are in a transition market right now—sellers think they are selling 18 months ago and buyers think they are buying 18 months from now. The anxiety now is, ‘how do you close that gap?’ In the mid-high end, the $2,500- and $3,000-per-square-foot condo market, there are all these new units coming on, there is going to be a flood of inventory. We’re going to have to be very aggressive about pricing and, for a change, passionately proactive about buying—it’s no longer ‘build it and they will come!’ ”

“People are buying where they want to live. The people who are serious in the market right now are the people who are buying second and third homes, and who are actually going to be living in their properties. I see a need to buy in luxury neighborhoods like West Chelsea, West Tribeca and West Village. Everyone seems to be wanting the same thing, so there’s some competition! Buyers are all looking for amenities—the obvious amenities have become a staple, like a doorman and a pool. View has become the ultimate, most coveted amenity, and you either have it or you don’t. Anything that has a spectacular view is going very quickly—buildings like 150 Charles and 111 Murray; buildings that have a completely open view are the ultimate amenity. People want to live a very comfortable, suburban lifestyle in an urban environment.”

“A great place for people to be buying is the east, East Side. I think that the Second Avenue subway, scheduled to open December of 2016, is going to be huge for the eastern part of the Upper East Side. The thing about the Second Avenue subway that I think most people don’t understand is that it’s going to be a continuation of the Q train. I think it’ll have a tremendous impact. I’ve already noticed that on Second Avenue, a lot of storefronts are coming back, and leases. I think it’s a great time for people to be investing over there. We’ve been saying this for years now, but it really does look like the end is near.”

“I think we are in a correction that began and will become more evident in terms of sold and closed transactions for 2016. It’ll be a year with a further reduction in the number of sales in the resale market for both houses and apartments. I predict somewhat lower prices—we could be talking about 5 to 10 percent off peak. What we are benefitting more from is that we are the safest haven in the world for capital, and that is something that is not being reflected quite so much in resale as in new development. It’s the tale of two cities; the tale of two markets!”

“Unless you want to go to Harlem, the only place you can get something nice for under $5 million is Murray Hill. You can’t buy a house on the Upper East Side for less than $5 million, and you can’t really do it in the Upper West Side. You can’t do it in the Village, Chelsea, or Gramercy.”

“The best buys are on the far Upper East Side, east of Third, and especially east of Second. I think that it’s a neighborhood that has in many ways been neglected over a few years, and I think [has] a lot of great space for the price, and with the coming of the Second Avenue subway, it will be more accessible. I think as a neighborhood, [it] has the best value. I think the best part of it is that the Upper East Side is really the best New York traditional neighborhood, and then there have been so many neighborhoods that have popped up over the years, and been gentrified and been more exciting, but now it’s back to basics. It’s not the Upper East Side that we used to think of—I think it’s exciting. It represents good value, good real estate, good pace.”

“Buyers are going to become incredibly picky about what they’re buying into. Projects that are extraordinarily well located and have a successful concept will do well; buyers will gravitate to those. Some of the harder to understand concepts, locations, and price points—I think buyers almost en masse will avoid those projects, or not be tempted by them. Eight-figure price points in what have traditionally been six-figure locations will be interesting to watch.”

“We are going to see much more limited inventory in 2016, and I think we are really going to see a separation from new development on the market versus resales on the market. I think we are going to see, perhaps, a return to the popularity of the co-op, not only for value—I see co-ops maybe coming back a little bit more than resale condos, [because] I think resale condos are not in an ideal position competing with new developments.”

“Today, people really like new; they like places that have already been done—people don’t really want to take a lot of time to be redoing things all over again. They want to move into it and have it done the way they like it. And no matter what, everyone who looks at real estate looks at neighborhoods. One of the biggest places I’d look in terms of up-and-coming is the Lower East Side; there’s a lot of inventory that will be coming on the market—that was the last holdout. Developers are flocking to the area, and they should be cheaper than a lot of places. It’s not going to be cheap, but cheaper. It’ll be younger buyers; people that want to live in the city and want to find something new.” 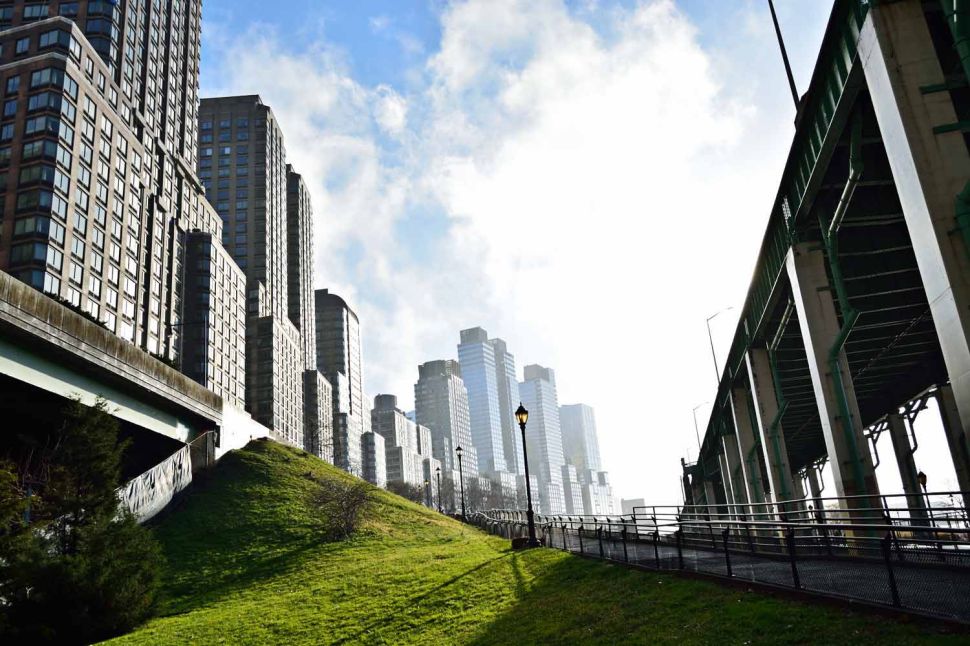