IV cocktails have become the hottest way to prevent a particularly pesky hangover and rehydrate before the week ahead. Some swear by the treatments; the second they feel a hangover coming on they’re being hooked up to an IV, instead of lying in bed, hoping for the best. For those who hate needles, the thought of someone injecting them with the necessary vitamins to feel human again, when carbs and coconut water seem to do the trick, is alarming.

Trendy infusions have become a go-to after a night of heavy drinking, especially when people have a friend or family member with the ability to administer one quickly. There are rumors that members of the military give themselves IV infusions after intense nights. Nurses are also said to swear by the under-the-table practice.

On a first date, a gentleman told me that after a bachelor party, the groom planned a fishing trip. To ensure that everyone would be ready, one of the groomsmen, a male nurse, made everyone drop trou and administered shots. The overshare didn’t exactly scream romance, but it did make me incredibly curious about IV treatments, especially as someone who is decidedly needle-phobic. A publicist in her early thirties had a similar experience after a three day weekend of bachelorette debauchery on a cruise ship, only hers was professionally administered.

“I’m a huge baby when it comes to needles, but it was exactly like getting a shot,” she told Observer. While it made her feel better immediately to know she was re-hydrating, the actual effects didn’t kick in for about twenty minutes. While it’s mostly a successful procedure, some people are unknowingly allergic to the ingredients used in the IV drip, causing the infusion to be more trouble than it’s worth.

For those in need of instant relief (after all, New Yorkers do live with a sense of urgency), The Hangover Club is an on-demand IV service similar to Seamless. They send a nurse to your home within 45 minutes, which is ideal for those far too hungover to be seen in public at a spa, surrounded by soothing music. Nightlife publicist Meredith Koko swears by the service, which she described as “soothing.”

Purely Natural Medical Spa in Williamsburg recently introduced IV cocktails for hydration, detoxifying and immunity. “These unique health and wellness cocktails restore and revitalize the whole body. In a city where everybody is busy and it’s so difficult to eat well, get a good amount of exercise and properly take care of yourself, these treatments can be vital for rebooting the system holistically,” promised spa owner Dr. Cascya Charlot.

Offerings include the Detoxifying Cocktail, which “acts as a magnet that goes through the body and attracts the toxins and heavy metals like lead and mercury,” much like drinking charcoal.  The Anti-Aging Cocktail “boosts the antioxidant vitamin and mineral levels in the body much more effectively than oral supplements.”

With wellness treatments and activities all the rage, whether it’s mindful meditation or yoga classes, it makes sense that IV drips are the next trend. After all, for those who don’t have the time, or patience, to eat well and hydrate, an instant fix is tempting. 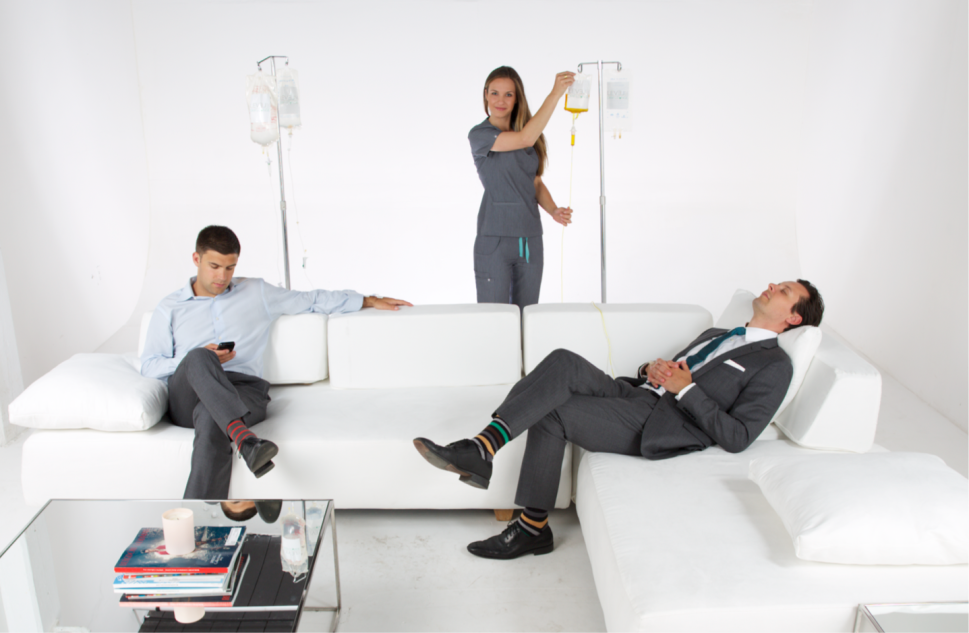