Albany is a cesspool.

There is little debate about that. But how to clean up a broken system is less clear. The government watchdog group created to do that is the Moreland Commission. Oops, sorry: that one was disbanded by Gov. Cuomo after it got a little too close to uncovering cronyism and sleaze. Albany’s official corruption-Chihuahua is the Joint Commission on Public Ethics—or JCOPE.

Created in 2011, JCOPE’s supposed job is to root out conflicts of interest by New York’s 250,000 government employees, and curb the influence of lobbyists. Unfortunately, despite a fascinating—no, make that terrifying—treasure trove of information about lobbyists and lobbying, it has played a role in ousting exactly one public official: Assemblyman Vito Lopez. And his offenses centered on sexual harassment.

Part of JCOPE’s problem is that the Commission’s members are appointed by the very people it is supposed to be monitoring—all but two of the 14 members, and all of the executive staff, are appointed by the governor, the assembly speaker and the temporary leader of the Senate. The remaining two are gimmes reserved for the minority leaders. And if one might be tempted to think that things got cleaned up after the convictions of Speaker Shelly Silver and former Majority Leader Dean Skelos, think again. The new assembly speaker not only just reappointed two Shelly Silver friends, he was found to have been paying $4,000 per month to a political consultant who was also a registered lobbyist—who had clients seeking help from, yep, the speaker.

As they say on late-night TV infomercials, “But wait, there’s more!”

Last week, JCOPE proposed the most extraordinary act of overreach—no, make that constitutional ignorance—we have seen in a very long time. JCOPE says it wants to require public relations firms to register as lobbyists—when they communicate with the press.

JCOPE staff responded that that was exactly what they meant.

Perhaps the winter cold has affected JCOPE’s understanding of the Constitution. To remind them, we asked constitutional scholar and New York Law School professor Nadine Strossen to comment. She explained it in terms that even Albany appointees can understand:

“This proposed regulation is a double-barreled assault on core First Amendment freedoms. Lobbying constitutes the expressly protected, hard-won right ‘to petition the government.’ And the preeminent historic purpose of the free press guarantee was to bar the government from exercising any licensing power over publications.”

Which reminds us: How do you pronounce JCOPE?

It rhymes with dope. 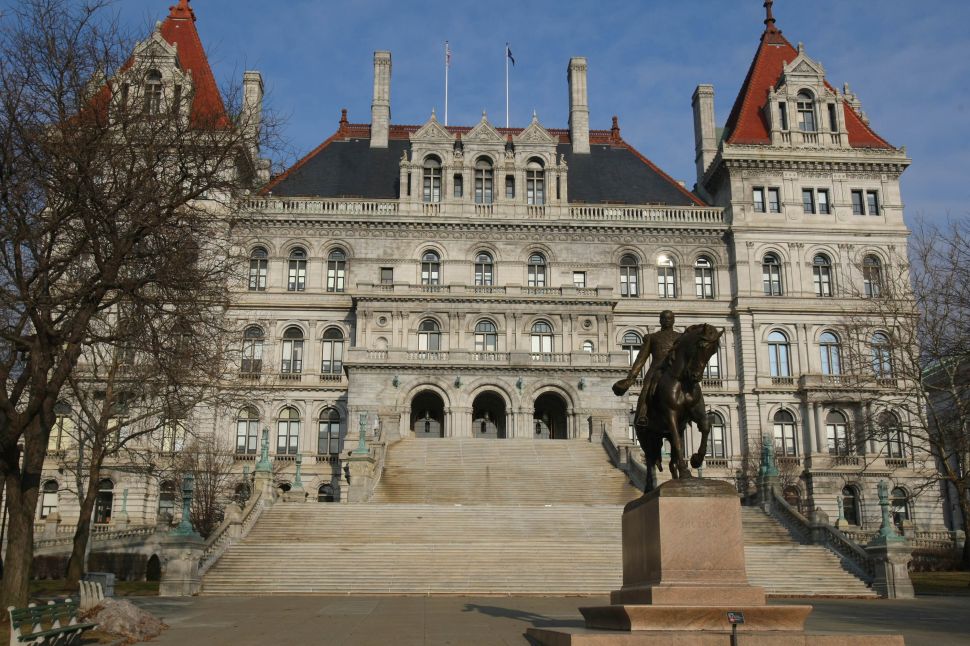