Jeb Bush, the former Florida governor, rolled out a plan today to fundamentally change the face of welfare in America—ending food stamps and sending block grants to states.

Mr. Bush, a Republican presidential candidate, is hoping his image as a brainy conservative policy-maker will save his flagging campaign, which trails several rivals in state and national polls.

“My fundamental belief is that every American has the God-given ability to achieve earned success and rise up the income ladder. But Washington is holding us back,” Mr. Bush said in a statement. “The current broken system not only fails those on welfare, but it actually encourages fraud, misuse and abuse.”

Mr. Bush’s plan, to be rolled out in detail tomorrow, is a conservative wishlist of welfare reform. He would eliminate the “bloated” and “outdated” centralized administering of government programs and give more control to individual states, which most Democrats fiercely oppose. “Right to Rise” block grants (named after Mr. Bush’s super PAC) would replace the Supplemental Nutritional Assistance Program or SNAP, better known as food stamps, and various housing assistance programs.

To receive welfare benefits through these grants, Mr. Bush said he would mandate work for able-bodied recipients. In turn, he said would double the popular Earned Income Tax Credit for childless workers and expand the credit to “younger” workers.

“Full-time employment is key to permanently exiting poverty,” Mr. Bush said. “That is why Right to Rise Grants will include real work requirements and time limits for able-boded adults.”

Mr. Bush, also a hardline social conservative, would seek to encourage marriage as a way of reducing poverty. Echoing the research of right-leaning think tanks, he argued marriage is a better way to reduce child poverty than additional public programs.

“Children raised in married, intact families do better than children raised in single parent families on a whole host of measures, including graduation rates, criminal justice involvement and earnings as adults,” he said. “But too often in discussions of poverty, this vital issue is left out of the discussion. It won’t be in my administration.”

“To further that goal, my plan will promote skill development, family involvement and employment among young men so that they can be better fathers,” he added, vowing also to ensure single parents receive proper child support payments from their former spouses. 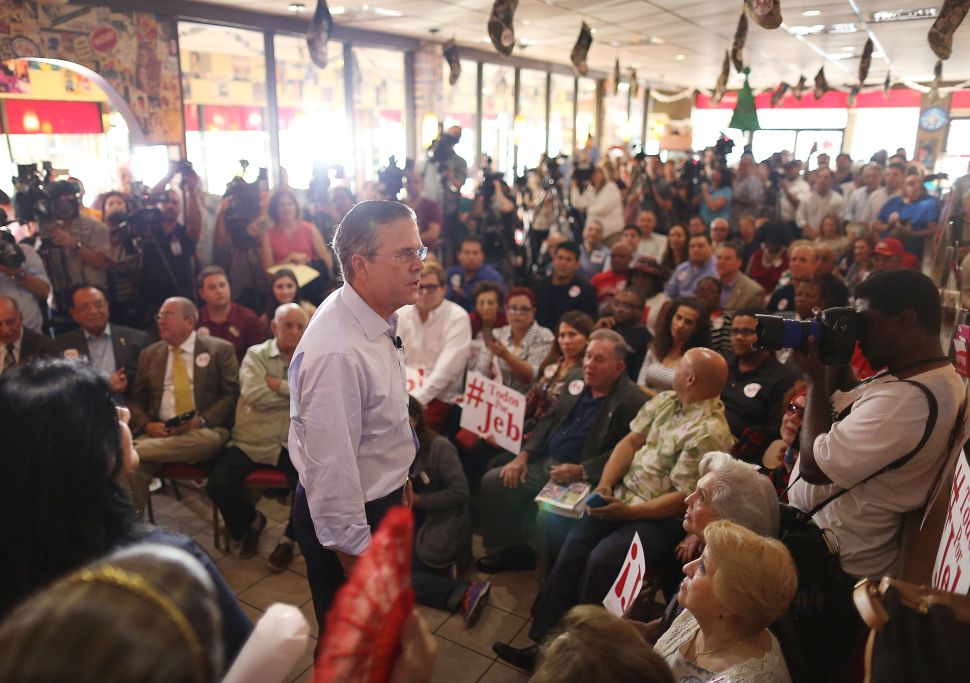