Leave it to a folk singer-songwriter to tell it like it is: “To have much hope right now you have to be an idiot,” Joan Baez tells the Observer. The veteran protest singer then swiftly softens the blow with an easy, warm laugh, one of many that punctuate her comments.

‘People say to me, “How do you maintain your optimism?” Guess what? I never had much. The miracle is to go off and do something anyway.’

The 1960s folk icon is speaking from her home in Northern California a couple of days before Snowstorm Jonas hit the East Coast. She was to fly into New York that same weekend in readiness for her 75th birthday concert on Wednesday, January 27, at the Beacon Theatre, where she will perform alongside artists she calls friends: David Bromberg, Jackson Browne, Mary Chapin Carpenter, Judy Collins, Emmylou Harris, the Indigo Girls, Damien Rice, Paul Simon, Mavis Staples, Richard Thompson and Nano Stern. The concert will be recorded by Thirteen Productions for WNET New York for broadcast on PBS’s Great Performances series. On February 27, Baez begins an 18-city tour, once again partnering with Amnesty International, but this time highlighting America’s racially biased mass incarceration.

We’re in a presidential election year, which brings up all sorts of societal woes and political passion. How does 2016 compare to, say, 1966 socially and politically?

At this point in the history of the world, I don’t think we’re doing very well in anything. It’s hard to get an intelligent perspective on who’s running for president when everything is so catastrophically out of whack. I’m proud to say the only person I ever endorsed was Obama. He was given an unbelievably difficult time. If he hadn’t had that wall of resistance he might have gotten more things done. Politics is not where I want to put my energy, though. Happily, I’ve had a lifetime of finding other places to put it, which have been more comfortable for me. Whatever I’ve been involved in, I’ve done it from the ground up and as grassroots as possible.

You are a longtime supporter of Amnesty International, have we made headway with human rights issues?

It’s interesting, because when Amnesty International got started no one had to talk about human rights. Presidents and diplomats from different countries where ghastly human right violations were going on visited and no one talk about it. One of the things that Amnesty did was put it on the map, so people had to deal with it whether they liked it or not. But, there’s so much going on, even in this country.

That’s what I’m going to focus on with my tour. I’m working with Amnesty on the mass incarceration issue, which is mainly of people of color. I’m trying to find my way into the issue without being pushy or trying to be black, or any of the things that can happen when you try to get involved. You have to find your way in. It’s just consciousness raising and encouraging people to do something in their own communities.

Were people generally more hopeful in the 1960s?

Probably, but to have much hope right now you have to be an idiot. People say to me how do you maintain your optimism? Guess what? I never had much. The miracle is to go off and do something anyway. To whatever extent you can lead a decent life and also do something for other people is the thing. I never remember where this comes from, but someone said there is only the trying and the rest is not our business.

‘I saw a letter I wrote to my mom when I was 16 and I was saying, “I know there’s something in this world I have to do. I’m here to make changes.” That consciousness was there before I even picked up a ukulele.’

Have activism and music always gone hand in hand for you, or is there a separation of the two?

There is no separation and I’m always at my best when I’m in a situation where they’re both at work. I am best under somebody else’s dictatorship. It rouses something in me that has meaning. Even years and years ago I knew that was the case. I saw a letter I wrote to my mom when I was 16 and I was saying, “I know there’s something in this world I have to do. I’m here to make changes.” That was before I started singing. That consciousness was there before I even picked up a ukulele.

Of course people love the songs you made famous, but are you interested in creating new songs and records?

I am starting an album: It’s very much stop and go, because I get involved with something else, and because I’m painting so much now. It’s there to do: I’ve started collecting the songs for it. It’s on the horizon, as I put it. Musically, aside from doing the concerts, which I still enjoy, I move it forward. I can do a Joan Baez concert covering the last 50 years and be good, or I can do something new. People don’t want to hear the new stuff, but I’ve got to do it at some point to refresh what it is I’m saying, and how I’m presenting myself. It’s tempting to only do the old songs and keep it nostalgic, but I’ve chosen to keep it fresh. 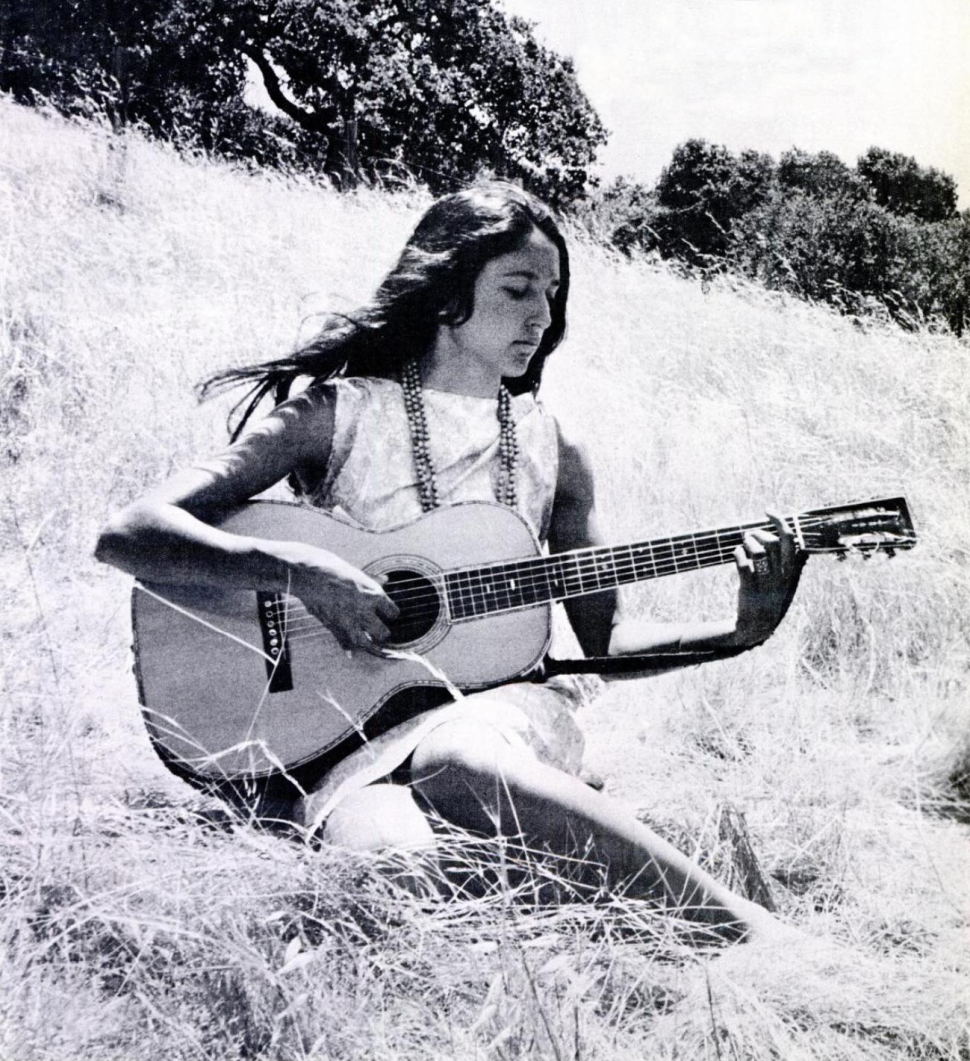