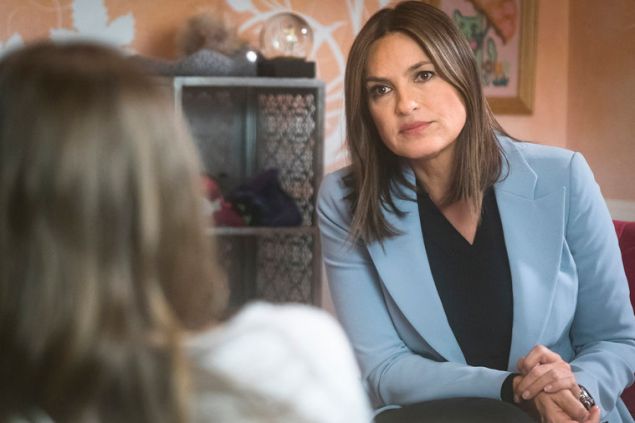 A pretty teenaged girl heading to a party – This is SVU we’re talking about which means it’s pretty much guaranteed this won’t end well.  But, exactly who it doesn’t end well for is a bit of surprise in this episode.

Fifteen-year-old freshman Abby is excited to be asked to the school dance by her crush, eighteen-year-old senior Chris. After some smooching selfies, Chris asks Abby if she wants to go downstairs to the darkroom. Things quickly escalate with Chris moving ahead amid subtle  signs that Abby is apprehensive about this interlude. Cut to Abby at home rushing past her parents to curl up on her bed.

Several days later, after her mother presses her about what happened that night, Abby admits that things she “didn’t want to happen, happened.”

When Lt. Benson becomes involved and speaks with Abby, the girl admits that she liked Chris and went willingly with him, but when he put his hand under her dress she told him not to go down there and when he tried to enter her anyway, she felt him ejaculate. When Benson asks Abby if she said no, or if she said yes, Abby remarks that she felt paralyzed and doesn’t indicate that she gave any kind of response.

In interrogation, Chris insists that they didn’t have sex. His lawyer says it was the boys first time and he  “finished early.” Abby, in the meantime, keeps texting Chris with messages like, “I don’t know why this is happening. I like you. I hope you’re not mad at me.”

Some students say Abby knew what going to the darkroom meant, that maybe she just got mad because Chris didn’t call her, but one of Chris’ bros reveals the boys have a list, a secret society for seniors entitled “The Cherry Pickers Club” which is a competition to see how many virgins one can sleep with. He tells the detectives that everyone had a name on their list except for Chris and that that’s why Chris singled out Abby.

As the investigation moves on, Abby admits that she wishes she’d never said anything because now all her friends hate her and Chris hates her too. Chris just wants it all to go away and thinks that everything would be fine if he can just apologize to Abby and her family.

Sgt. Dodds expresses that he thinks both of them are good kids and that this is simply a make-out session gone bad, that it shouldn’t be going to trial. Lt. Benson agrees with this, but says it’s out of their hands since Chris is eighteen and Abby is fifteen.

After both Abby and Chris testify about what each perceives happened that night, the jury renders a verdict; they find Chris guilty of sexual misconduct in the first degree. He will be sentenced and will be on the sex offender registry for life.

After the trial ends, the families get into a shouting match with each claiming the other ruined their child’s life. As Chris is led away, Abby yells out to him that she’s sorry.

Many viewers might be aware that this episode seems to be based on the case of Owen Labrie who was involved in a similar situation when he attended an East Coast prep school. He was a senior, she was a freshman and he was trying to fulfill a school ‘tradition’ called “The Senior Salute,” in which seniors have sex with freshman before graduation. Labrie insisted that the two didn’t have sex and was acquitted of felony assault but found guild of sex with a minor. He was sentenced to one year in jail and will be on the sex offender registry for the rest of his life.

In Labrie case, the jury essentially indicated with their verdict that they didn’t believe Labrie’s claim that there was no intercourse, but they also didn’t believe the victim’s argument that the encounter was against her will. In light of this, the jury found Labrie guilty of statutory rape, because the girl was underage and could not legally consent to sex.

This episode was also reminiscent of an episode produced by the mothership, entitled “Performance.” In that installment, ADA Jack McCoy discovers a group of high school boys have named themselves “The Red Rangers” with the their goal to collect points via sexual conquests. That episode was based on the real life story of a group of students from Lakewood, California, who dubbed themselves “The Spur Posse.” This episode of Law & Order aired nearly over 20 years ago, in 1995. It’s interesting that two episodes two decades apart focus on the same issue, indicating that sadly this type of abhorrent behavior still exists in our society.

One of the most recent attempts to address the muddled issue of consent, particularly on college campuses, comes in the form of California SB (Senate Bill) 967, which became the first legal action to make affirmative consent law.

Working on three ‘pillars’ of knowledge that include students knowing exactly what and how much they’re agreeing to; expressing implicit intent to participate; and deciding freely and voluntarily to participate, the foundation of the law emphasizes that instead of waiting for a partner to say “no,” participants should seek an explicit ‘yes’ from the other party and that assertion should be unambiguous and affirmed on an ongoing basis. This law is primarily aimed at college students, most of whom are eighteen when they enter the university system, the legal age of consent.

Looking at cases like the one on this episode of SVU, in which two high school students are involved, begs the question, “is enough being done at the secondary level to prevent problems such as the one portrayed here?” High school students are generally in the 14 to 18-year-old range and as such are just learning to form adult opinions, at a time when there are confusing signs via their hormones, and via society as well, about what’s acceptable behavior. Wouldn’t it make sense to work on more prevention at this age rather than later?

To tell Abby and Chris’ story effectively the audience had to empathize with both characters equally, and because the true nature of what happened between the teens was only really known to them, this was as confusing as any similar real life situation.

The fact that it lead to several discussions among the detectives about whether it was just a teenaged hook-up gone wrong or a real crime showed the complexity of it all. And by having the normally smarmy attorney John Buchanan utter the episode’s most poignant line, “how did we get here?,” showed that the one element that was clear throughout this ordeal was that no matter whose side of this case you were on, all of it was ambiguous and no matter what the final decision ended up being, there was no winner here.

However you felt, it wasn’t too hard to feel bad for both teenagers involved, realizing that one incident on one night changed everything for them, forever. Bad decisions were made, although it seems like it really wasn’t actually blatant poor judgment here, but more a lack of knowledge the spun everything out of control – and there you have the whole crux of this case; Chris, although eighteen and considered an adult, in the absence of an affirmative “yes” or “no” from Abby, didn’t realize that he was doing anything wrong and as such paid a heavy price for his actions. He clearly didn’t intentionally set out to hurt anyone, but the law is the law and because of what happened lives were irrevocably changed.

In the opening scene of this episode, as she’s talking to Dr. Lidstrom, Olivia mentions that her work has shown her that the task of dealing with abuse and assault is an endless cycle. This case showed that while there may have been justice within the law, there was no comfort in the outcome for anyone involved. No one was victorious here.

When Lidstrom asserts that Olivia feels like she’s the only one who can do this job, she replies that maybe she is, because she still has hope. Olivia seems to think that someday there might actually be an end to all of this, and there may be, but just what will it take to make that happen? That’s the worst unknown in all of this. 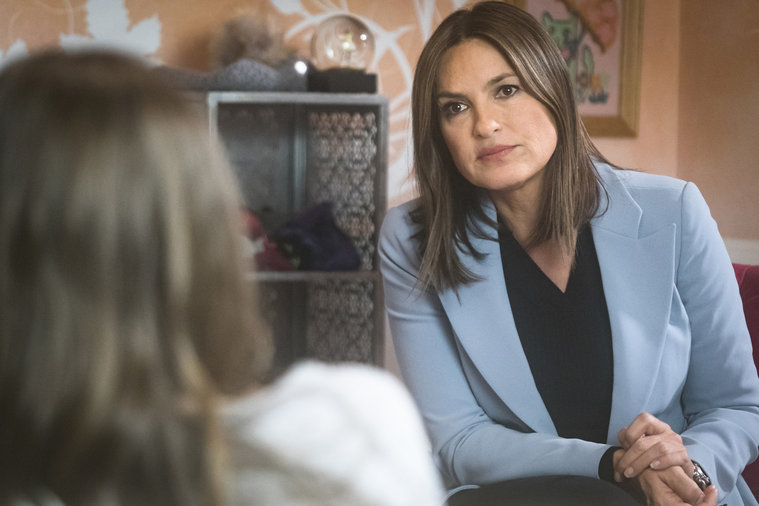