The Point, the shiny and stylish new shopping/dining complex in El Segundo, is a lovely place to grab a quick bite when you’re near LAX airport. But we recommend coming on a day when you can hang out for a while, because this is a place built for lingering.

With its sleek, modern design, its pleasant patios, its boutique shopping and its kid-friendly outdoor space, The Point is pure Cali chill. There’s no place better to experience this chill than on the patio of the Smitten Ice Cream kiosk. Smitten, which makes churned-to-order ice cream with its patented liquid-nitrogen machine, is a San Francisco sensation that’s making its debut into L.A.’s freezing frenzy. Another outpost is coming to Silver Lake this year.

Founder Robyn Sue Fisher, who started selling scoops out of a Radio Flyer wagon in 2009, clearly knows how to create ice cream that’s wonderfully creamy and dense but also balanced. Flavors like TCHO 60.5 percent Chocolate and Classic Vanilla are perfect for sundaes, and seasonal selections like the January/February Blood Orange with Pistachio Cookies celebrate California’s singular produce. The Maple Brown Sugar Pumpkin we tried in December totally deserved a place in the freezer next to holiday flavors from Salt & Straw and Jeni’s Splendid Ice Creams.

Smitten belongs in the conversation with these other buzzworthy out-of-towners that have recently expanded to L.A. So the point of a visit of The Point might be starting with ice cream and then ending with ice cream.

If you want something savory in between, there’s the sandwiches at Mendocino Farms. This is a rapidly growing fast-casual chain wise enough to know that bahn mi and barbecue belong on the same menu. Mendocino Farms, which recently got an investment from Whole Foods and has its own smokehouse in El Segundo, takes R&D seriously. CEO Mario del Pero criss-crosses the country and tries everything from Mexican food in San Diego to smoked meat in Austin and Brooklyn as he develops his menu. It’s only fitting that he’s making the area around LAX a better place to eat.

Over at Superba Food + Bread’s bright, glassy space at The Point, you can pair baked goods with cocktails because you’re here to relax, remember. Superba was born in L.A.’s Venice neighborhood, where spending hours at a cafe in the middle of the day feels as natural as it does in Paris.

Soon, visitors to The Point will also be able to drink well at Craft Shack, a new venture from the Simmzy’s pub chain that dominates Manhattan Beach and is in the middle of a city-wide expansion that also includes popular outposts in Burbank and Venice.

The Point is also home to healthy-eating destination True Food Kitchen when you want to go vegan or detox. And when you really don’t want to, there’s Hopdoddy Burger Bar, which serves grass-fed beef and craft beers along with lamb and bison burgers. But this is L.A., so there’s kale and quinoa on both menus.

You know what’s good after kale and quinoa, by the way? Ice cream. 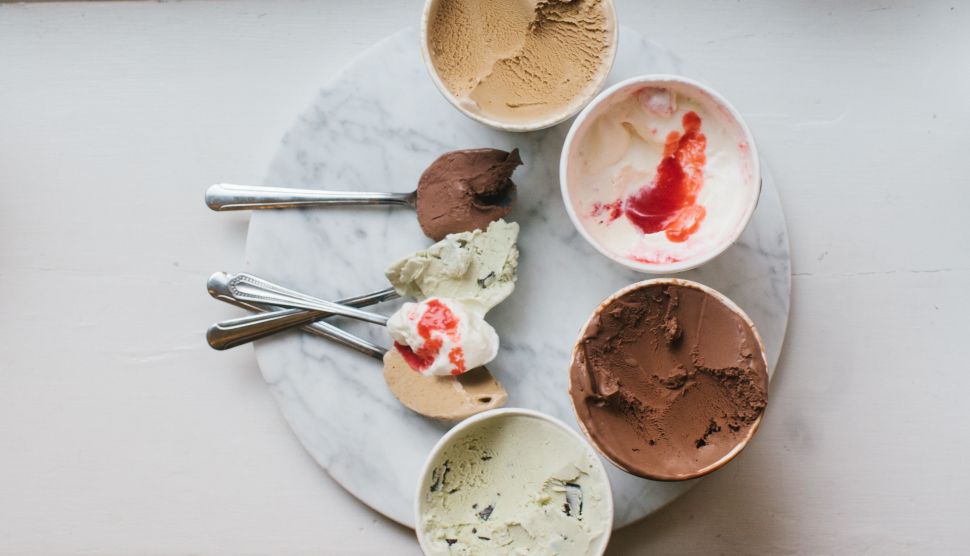