TRENTON — Following reports that Hillary Clinton’s lead over Senator Bernie Sanders (D-VT) is shrinking in Iowa, the progressive upstart is getting closer and closer to besting the establishment favorite. Sanders has shot ahead by 17 points since last month, though Clinton still leads with 47 percent of likely Iowa Democratic caucusgoers to Sanders’ 42.

Progressive state Senator Ray Lesniak (D-20) told PolitickerNJ that while he still supports Clinton, he does not think her candidacy is a sure bet.

After a press conference where he introduced legislation to close corporate profit reporting loopholes, Lesniak said that Sanders has shown himself to be a credible threat and, he believes, a good influence on Clinton as she adjusts her platform to compete.

“I think it’s a long process and I think that the inevitability of Hillary Clinton certainly is no longer inevitable,” Lesniak said.  “I think Bernie Sanders will make Hillary Clinton a better president, a better candidate, and if he were to be our candidate that would be good for the country as well.”

Clinton has New Jersey’s delegates locked down, and will likely enjoy the same outsize black and latino support she has in this state in important primaries like South Carolina. Asked whether Sanders has a viable strategy in place in the South, where the latest Marist poll shows him lagging being Clinton 27 percent to 64, Lesniak said no.

“As of now he certainly doesn’t,” the senator said. “That’s the big hurdle he’s going to have to try and overcome. That’s going to be difficult.” 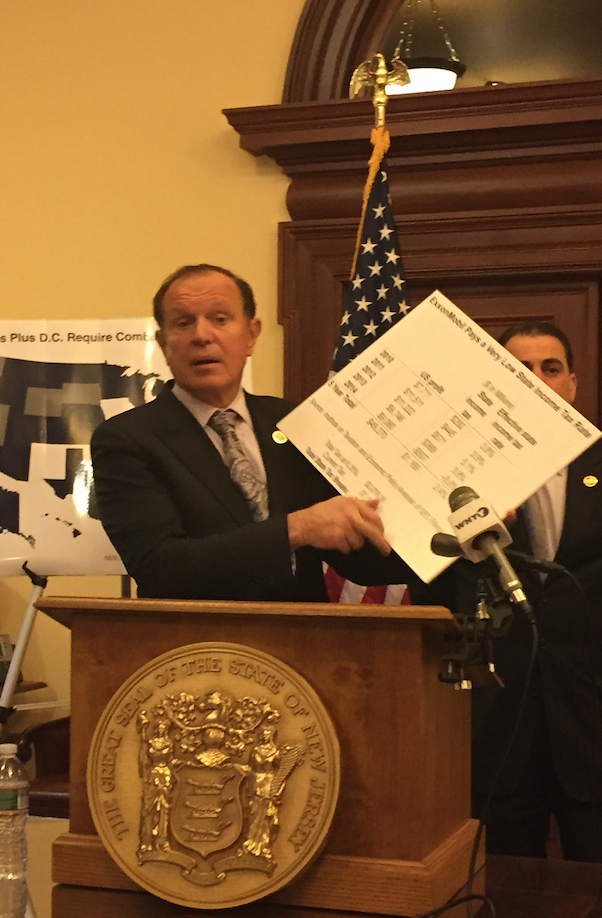