The art world is far from balanced. It’s no secret that a select few (mostly dead) figures dominate the upper stratosphere of the art market—and they’re mostly white men. Now, at least one auction house is trying to level the playing field by adding more major works by female artists to its annual Contemporary art sale.

London-based auction house Bonhams, a leader in sales of cars, jewelry and traditional Chinese art, is dedicating a special section to women in its February 11 Postwar and Contemporary London sale.

“[Bonhams] is trying to create a reputation built on credibility—to define value in all its definitions,” specialist Ralph Taylor told the Observer.

Mr. Taylor also explained that many of the artists are represented in the world’s top museum and private collections and are the contemporaries of male artists who have achieved staggering prices at market, but have not themselves been as well represented on the auction block. (Richier studied alongside Alberto Giacometti during the 1920s, but her work sells for 1 percent of his prices at auction, according to Mr. Taylor.)

“[Germain Richier] is absolutely among the most influential artists in sculpture…and yet she doesn’t have that recognition which often comes from value,” said Mr. Taylor. “If you look at all the key criteria—museum collections and influence on other artists—these are the factors you’d think would be value givers, but they haven’t yet translated. We’re uncovering the artists that have this going for them.”

Richier’s 1950s bronze sculpture Le cheval à six têtes, grand is among the sale’s top lots, and leads the group of female artists. And while Mr. Taylor describes the work as an “absolute masterpiece,” its estimate is fairly low compared with the artist’s auction record. Richier’s most expensive work sold for $1.2 million, while Le cheval is estimated between $280,000 and $430,000.

In a press release, the house listed a series of grim statistics about gender inequality in the art market, culled from research by Mr. Taylor and findings from the Economist, the Financial Times and market analysis company ArtTactic’s annual report. According to findings, only 19 of 2014’s top 500 artists at auction were female and only three percent of works sold over $1 million were made by women.

Bonhams’ sale will certainly not solve the problem of gender inequality in one evening, nor does it seek to.

“It’s not about having an affirmative action project. We’re demonstrating an anomaly to clients. It’s about using our reach to ask a question and allow collectors to look at it themselves,” said Mr. Taylor.

It’s also worth noting that while Bonhams makes a very public statement with its sale, this isn’t the first time women artists have been showcased by an auction house. Sotheby’s hosted a selling exhibition of works by female surrealists, which ran from September 15 through October 17 last year, on the heels of the widely celebrated Los Angeles Country Museum of Art exhibition on the same subject.

Georgia O’Keeffe remains the top selling female artist at auction, a title she won when her painting Jimson Weed/White Flower No. 1 sold at Sotheby’s American Art sale in November 2015. 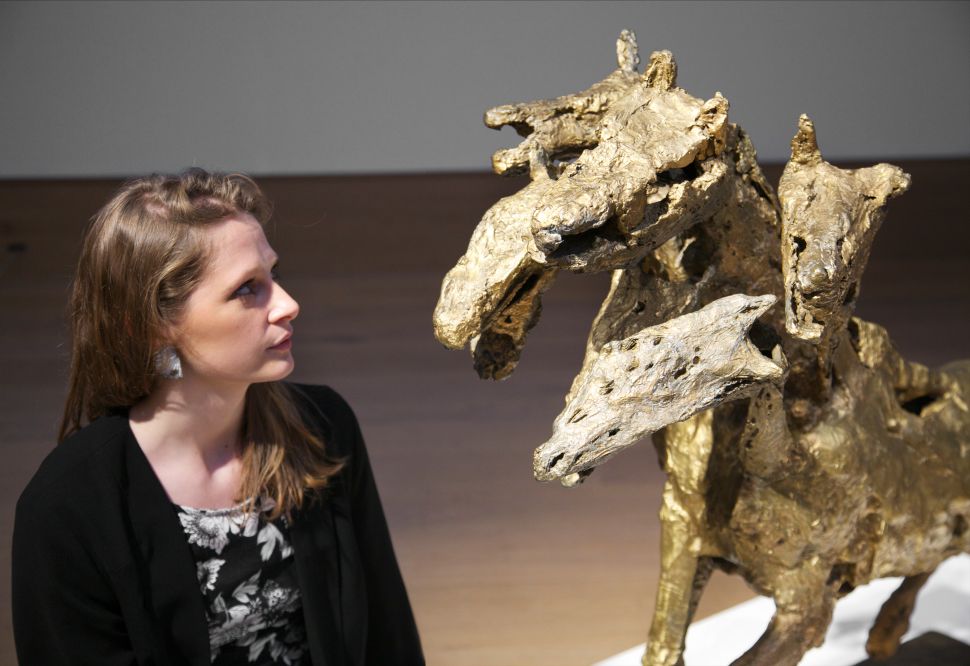