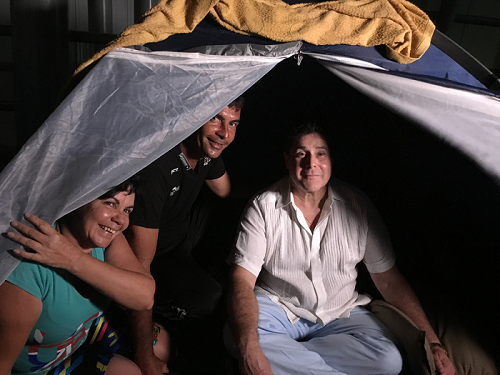 Perhaps the best illustration of the disconnect between Barak Obama’s Cuba policy and the Cuban people can be seen in the current sad condition of the Cuban Refugees stranded in Costa Rica.

While the Obama Administration works feverishly to normalize relations with Cuba, its citizens continue to flee the country in droves. In many cases, the Cuban refugees take great risks to escape the country only to end up marooned and unwanted in Central America.

In New Jersey, a local mayor is working tirelessly to address the humanitarian crisis impacting his countrymen and women. Felix Roque, a Cuban-American doctor, and the Mayor of West New York is using his medical training, his money, and his influence to help bring some reliefto thousands of Cuban refugees.

Nine thousand Cubans are living in makeshift shelters in Costa Rica, stranded there as a result of their flight from the oppressive Cuban government with little money, no food and no access to medical care. After battling harsh conditions and treatment by smugglers, the migrants are stuck in Costa Rica.

Nicaragua, which is a close ally of the Castro regime, closed its border to the refugees in November.  That has exacerbated a bad situation.

“Mr. Obama’s dog, Bo, is living in better conditions then my fellow Cubans now unwanted and suffering in Costa Rica.  Like my family once did, they seek refuge and a better life free from an oppressive government,” said Roque

In December, Roque traveled to Costa Rica to provide medical care. He is also working with officials in Costa Rica and neighboring Central American countries to help the Cuban refugees continue their journey to the United States. The current plan is to fly the Cuban migrants out of Costa Rica and then shuttle them by bus to the U.S.-Mexican border. In order to make the journey, the refugees must largely be able to pay their way. To assist with travel and medical expenses, Roque has established a GoFundMe page. It states

Since the 1960s, the U.S. immigration policy has been to accept any Cuban refugee who steps on its soil. Under the Cuban Adjustment Act of 1966, individual emigrating from Cuba are only required to show up at a U.S. port of entry and pass an inspection, which includes a check of criminal and immigration history. After one year in the United States, they are eligible to apply for legal permanent residence.

Emigration from Cuba has skyrocketed since the United States announced plans to lift the Cuban embargo. According to Pew Research,43,159 Cubans entered the U.S. via ports of entry in fiscal year 2015, which represents a 78 percent increase over the prior year. Cubans are afraid that our country will end its immigration policy of preferential treatment and have little confidence that the conditions in their country will improve. As a result, they are willing to sell everything they own and risk their lives to reach U.S. soil. 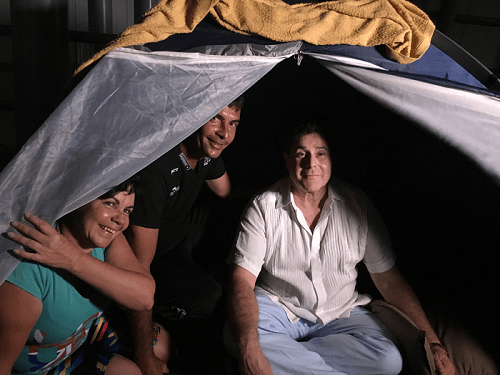