Mention of the word evokes, perhaps, groves of fruit blessed by Florida sunshine, but in these parts, the word Orange also carries the suggestion of post industrial rust and images of abandoned factories mired in little Paterson inaction and dysfunction.

For Janice Morrell, Orange (2.2 square miles, pop. 30,000) is home, has been for 38 years – the town she wants to lead as she squares up for a third shot at mayor – and the place she wants to take to greatness.

At the very least she wants the place to run better, and a respite from the same guys in suits strutting around like they own the joint.

Retired from Rutgers as director of minority affairs in 2007, Morrell ran for mayor in 2008 after Mims “Mims is Cool” Hackett’s infamous corruption meltdown, and again in 2012, losing both times to candidates backed by powerful allies. Sitting in the Appian Way Ristorante in the Valley section of the Essex County town, she insists the leg she broke last fall won’t hobble her as she hits the streets in advance of the May nonpartisan election.

“The residents of this town are tired of the lack of accountability,” Morrell told PolitickerNJ. “They’re tired of the lack of information. Taxes have increased 4.49%. Economic development is on the back of affordable housing, which is not a bankable or sound idea. We need businesses that employ local people.”

She’s the outside candidate in a race pitting one insider against the other.

Mims Hackett went down in a corruption bust.

That led to Eldridge Hawkins – with the support of former Governor Dick Codey – taking over as mayor in 2008. Hawkins subsequently endorsed the two percent cap backed by Gov. Chris Christie, which infuriated the Communications Workers of America (CWA), who vowed to make Orange their front line in a war against Christie’s government overhauls.

They made an example out of Hawkins, driving him out of office at the side of attorney Dwayne Warren.

Then Warren – seeking to build an alliance with Essex County Executive Joe DiVincenzo – backed the reelection of none other than Republican Governor Christie.

The CWA didn’t forget, and now the organization has the warpaint on again, with the strong likelihood that it will get behind East Ward Councilman Kerry Coley in the lead up to the May showdown, with Warren the latest target inside City Hall.

In an election cycle mostly devoid of other big ticket contests – the exception being Paterson, home to May ward races – political insiders see Orange as a glorious gambling pit and Warren and Coley as two well appointed brawlers who can keep shouldering the inside game. Morrell wants to break through that, but there’s little indication, after running back-to-back unsuccessful bids, and now in an atmosphere where so many appeared turned off to politics, that she can summon sufficient interest to beat the Coley-Warren running board machine war.

A former zoning board member, Morell gets passionate not about kneecapping political moves, but – wait for it… the town’s master plan.

“I’m under no illusion that we would be able to compete with a mall like Short Hills or Livingston but at the very least we need inventory,” she said. “We have a problem in this town of not even knowing how government is run.”

She said it over and over again.

“We elect officials to do a job and to do it in the public interest, not to go in a corner where we can’t see what they’re doing,” Morrell said.

She wants the budget posted on the website, for example.

She wants archival information about the meetings on the website.

“This town has a great history,” said Morrell, a few blocks from the abandoned hat factory. “This was a destination point at one point.

“It can become a destination point again,” she added. 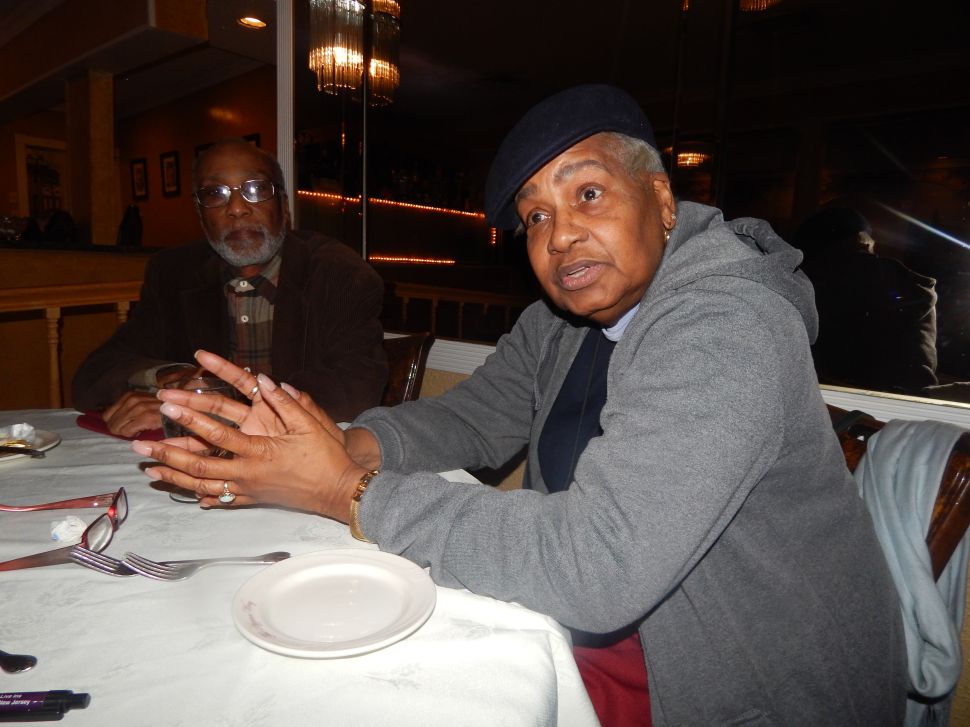