Billionaire publisher and former New York City mayor Michael Bloomberg launched his usual quadrennial speculation about running for president, and The New York Times, Washington Post and various other house organs of the east coast establishment dutifully started spreading the news. Once again, Mr. Bloomberg seems to be channeling his inner Frank Sinatra and musing that if he can make it there—in the Big Apple—he can make it anywhere.

The impartial observer must suggest here that a better selection from the legendary “Chairman of the Board” might be The Impossible Dream. If Mr. Bloomberg does launch an independent run for the White House, he’ll be attempting to do what nobody has done since George Washington: win the presidency without the backing of a major political party. (An impartial observer might also suggest that Mr. Bloomberg is no George Washington.)

Certainly, the former mayor does have something going for him that past independent candidates have not: a billion dollars. Reports indicate Mr. Bloomberg says he is willing to sink at least that much money into mounting a run, if he decides to go.

His faithful associates, veiled behind the customary screen of anonymity, have suggested he is unlikely to run unless the Democrats nominate Senator Bernie Sanders and the Republicans pick Donald Trump or Senator Ted Cruz. In an instance in which both parties venture to nominate candidates who would usually be considered unelectable, it appears Mr. Bloomberg thinks there would be room for an independent to shave off moderates in each party.

Perhaps this assessment is not entirely wrong.

Mr. Bloomberg has as much of a chance of winning 270 electoral votes as the proverbial camel has of passing through the eye of a needle.

Certainly establishment Republicans are queasy about their current frontrunners. Conservatives don’t trust Mr. Trump, who has demonstrated that he is not particularly doctrinaire about political issues, and even Mr. Cruz’s Republican colleagues—to say nothing of Senate Democrats—simply do not like him. Senator Richard Burr, seeking reelection this fall, has been forced to call for a retraction after being quoted as saying he would vote for the socialist Mr. Sanders rather than Mr. Cruz, if that were his choice in November.

Among Democratic regulars, there is scarcely more love for Mr. Sanders, who seeks the nomination of a party he never joined and has consistently criticized throughout his career as an independent politician and admitted socialist. There is also real fear, as voiced by Senator Claire McCaskill (D-Mo.) and others, that Republicans would destroy Mr. Sanders by endlessly calling attention to his self-admitted socialist affiliation.

So it could well be that Mr. Bloomberg, backed by his bundles of billions, might be able to siphon off moderates from both left and right. But winning the election—that’s a whole different deal, one complicated considerably by that most American anachronism, the Electoral College.

The bottom line is this: to be elected president of the United States, a candidate must win at least 270 votes in the Electoral College. Mr. Bloomberg has as much of a chance of winning 270 electoral votes as the proverbial camel has of passing through the eye of a needle.

A brief refresher on how the Electoral College works: Each state receives a number of electors based on its combined number of U.S. Representatives and Senators. With the exception of Maine and Nebraska, the candidate who receives the largest number of votes wins each state’s entire cache of electors—ranging from 55 in densely populated California to as few as three in Alaska, Delaware, Montana, North Dakota, South Dakota, Vermont and Wyoming. The winner in the District of Columbia also gets the national capital’s three electors. In Maine and Nebraska, the statewide winner gets two electors, and the winner in each Congressional district gets one elector.

Bottom line: if Michael Bloomberg runs for president as an independent this year and achieves a significant percentage of the votes, the end result is a Republican victory.

The necessity of winning states to gain electors explains how the last billionaire to mount an independent presidential run, H. Ross Perot, failed to win a single electoral vote in 1992 despite earning more than 19 percent of the national popular vote. Mr. Perot’s percentage of the popular vote marked the best showing by an independent or third-party candidate since former President Theodore Roosevelt, denied the Republican nomination in his 1912 comeback attempt, formed his own party (the Progressive or “Bull Moose” Party) and won 27 percent of the national vote. Mr. Roosevelt won six states that year—something no independent or third-party candidate has ever matched—but the only tangible effect of his candidacy was to split the Republican Party’s votes and deny a second term to President William Howard Taft, as Democrat Woodrow Wilson won the presidency with a mere 41 percent of the national popular vote.

The institutional advantages enjoyed by the Democratic and Republican parties make it exceptionally difficult for a third-party or independent candidate to win any states at all. The last third-party candidate to win any states was the segregationist Alabama governor George C. Wallace, who took five Southern states in 1968 for a total of 46 electoral votes. Mr. Wallace understood that he could not win the presidency. His aim was simply to win enough states to deny either Republican Richard Nixon or Democrat Hubert Humphrey the required 270 electors to win the election, thereby throwing the election into the House of Representatives, where Southern delegations could extract concessions on civil rights from either Mr. Nixon or Mr. Humphrey in exchange for their support. Mr. Wallace failed in his gambit, as did South Carolina governor J. Strom Thurmond during a similar third-party run in 1948, when he captured four Southern states but failed to prevent Democrat Harry Truman from garnering the requisite majority.

It is worth noting that the only non-Democrats or non-Republicans to win any states in a presidential election since 1924 did so by garnering the votes of disaffected Southern segregationists opposed to civil rights enhancements for African-Americans. Clearly Mr. Bloomberg does not have this dynamic going for him.

It is also worth noting that Mr. Bloomberg may have a tidy billion dollars to pump into a third-party run, but what he doesn’t have is the ability to win any states in which gun-rights supporters hold sway. The former mayor has been very visible in his effort to gin up support for gun control, and has earned the enmity of the National Rifle Association (NRA) and its many acolytes.

Mr. Bloomberg’s liberal positions on other social issues will also prevent him from garnering much support in the socially conservative states of the South, the Great Plains and the Mountain West. In short, it is difficult to see any “red states” where Mr. Bloomberg would be likely to win. He starts the race with at least 206 electoral votes off the table.

That would leave Mr. Bloomberg battling the Democratic nominee for electors in the solidly Democratic “blue states” and in the swingy “purple states” that tend to swing back and forth between Democrats and Republicans. In 2012, these states accounted for 332 electoral votes. The ultimate effect would be the dilution of left-wing and center-left votes in these states between Mr. Bloomberg and the Democrats, thus enabling the Republican candidate to win the “purple states” and even a boatload of states that normally go Democratic.

In short, Mr. Bloomberg would need to win more than 80 percent of the electors that might even remotely be available to him in order to actually win the election, and his ability to do so would be severely complicated by the Democratic candidate. It is important to mention here that no independent or third-party candidate has ever won more than 88 electoral votes—less than one-third of the total currently required to win the presidency.

There are only two possible outcomes to a Bloomberg candidacy. One outcome is that Mr. Bloomberg splits the vote in the blue and purple states with the Democratic nominee, allowing the Republican candidate to win. The other, far more unlikely, outcome is that he wins a handful of states and prevents any candidate from receiving the required 270 electoral-vote majority, thereby leaving the election to be decided by the House of Representatives for the first time since 1824. With Republicans currently controlling 33 of the 50 House delegations, and highly unlikely to lose more than seven delegations in this year’s elections, it is a virtual certainty that Republicans will control enough delegations to provide majority support to their party’s nominee in the event that the election goes to the House.

Bottom line: if Michael Bloomberg runs for president as an independent this year and achieves a significant percentage of the votes, the end result is a Republican victory.

Given Mr. Bloomberg’s liberal positions on gun control and various other social issues, does he really want his political legacy to mirror that of Ralph Nader? And does he really want to give America and the world a President Trump or President Cruz? The former mayor would do well to ask himself these crucial questions before jumping into the presidential pool this year. 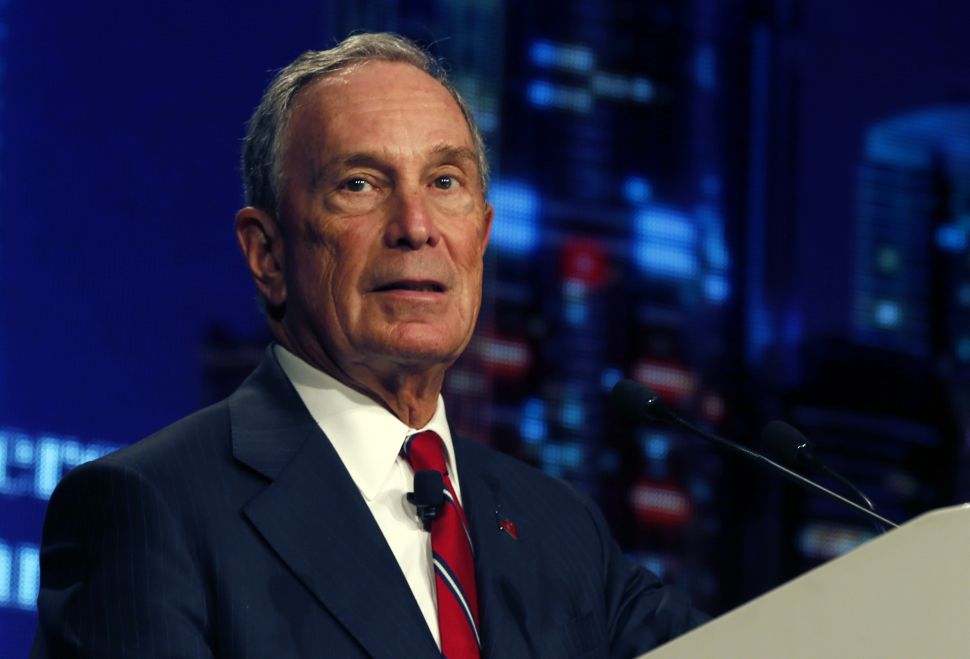