Former downtown denizen Susan Brown Bloomberg has purchased a very proper prewar condo on the Upper West Side, just across the park from her billionaire ex’s Fifth Avenue limestone mansion.

Ms. Brown Bloomberg previously owned apartments at One Kenmare and, most recently, a 2,700-square-foot penthouse duplex at 41 Bond Street, which she sold last year for $11.7 million. She and Mr. Bloomberg have continued a close friendship since they divorced back in 1993—he reportedly helped her out with a $500,000 bridge loan for the 41 Bond apartment.

She has now paid $4.95 million for a penthouse at 27 West 72nd Street—the same one that was once owned by developer Lawrence Gluck, before he sold it to its most recent owners, Nora Pines and Tatiana Budyuk.

Ms. Brown Bloomberg’s new two-bedroom, 2.5-bath penthouse in the Olcott has oak floors, custom lighting, and a private terrace with a gas fireplace and grilling station, per the listing held by Halstead broker Brian Lewis. Perhaps Ms. Brown Bloomberg wanted to be closer to her daughter, Georgina Bloomberg, who has her very own $4 million co-op at 101 Central Park West.

We wonder if Ms. Brown Bloomberg will bring her rather eclectic décor choices to her decidedly uptown new condo—we can’t imagine she would want to put her large-scale dog photographs, cat figurines, and Persian rugs in storage! Fingers crossed that her photo of a rhinoceros, which was proudly hung above the bathtub in her last apartment, will be restored to its former glory. 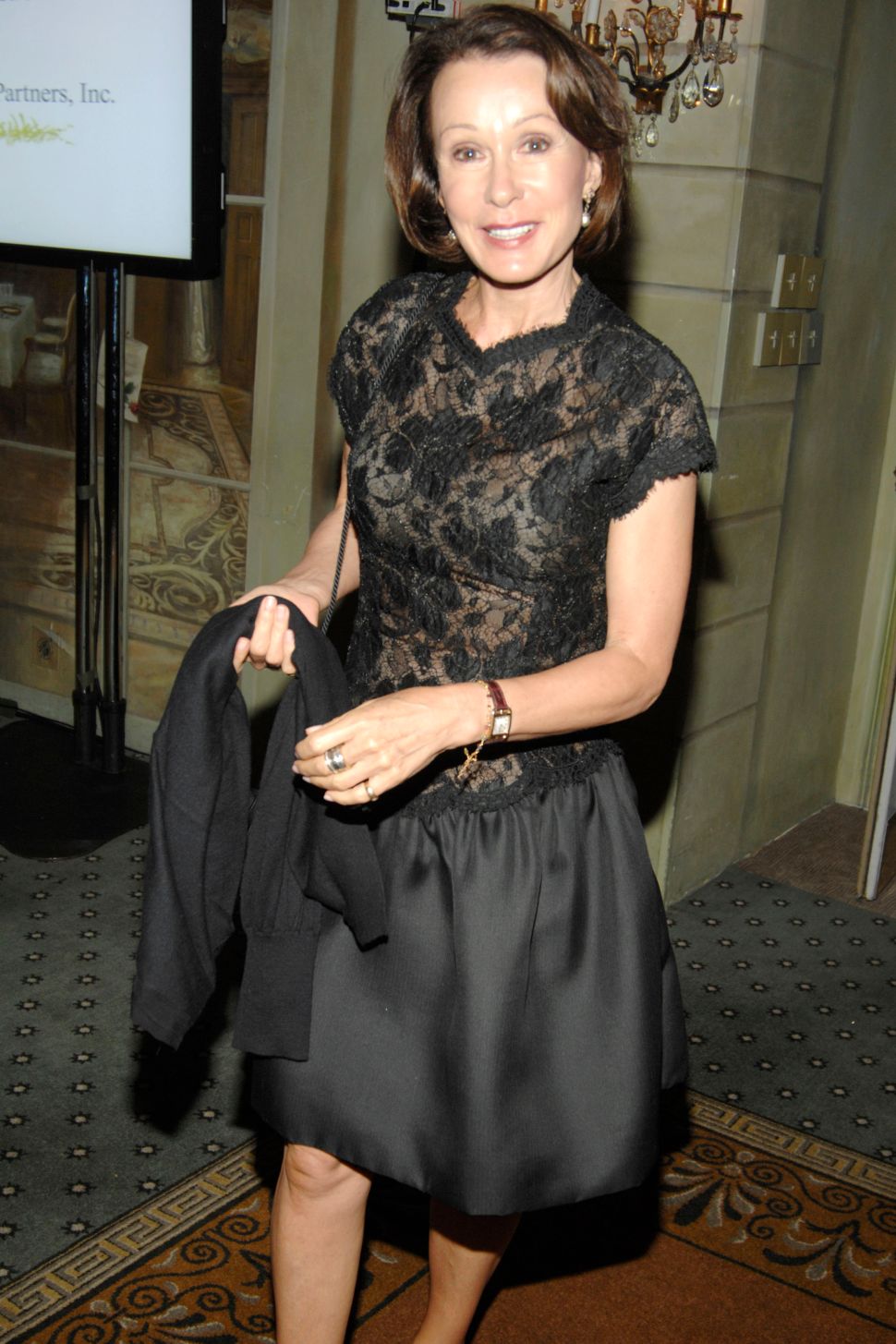