If you like your televised politics deadly serious, Thursday was a good night to tune in.

On CNN, Anderson Cooper and a studio audience asked pointed questions of President Obama regarding his efforts to improve gun safety and to stop mass murders through executive orders limiting gun sales.

Two days before, he’d shed tears when recalling the slaughter of 20 school children in their classroom three years ago in Connecticut.

“I thought those were crocodile tears,” Mr. Hannity said Thursday night after the President spoke. “Why should we think he’s sincere?”

This flippant, disrespectful comment is typical of Mr. Hannity, a pistol-packing right-winger and champion race-baiter who excels at throwing verbal sucker-punches below the belt and after the bell.

Over on MSNBC, they covered the President, of course, but also another major life-and-death issue: the poison tap in the city of Flint, Michigan. Rachel Maddow, who hosts the 9 p.m. hour, has reported for months that Flint’s is tainted by lead from inside old pipes.

‘The governor refused to listen. He mocked the critics. He mocked the doctors doing the studies at a local hospital. He ridiculed them. He wouldn’t listen to anybody.’

She has frequently reported that the city, due to its financial emergency, was under the control of Gov. Rick Snyder when his minions decided to save money by drawing from the polluted Flint River instead of from Lake Huron, which is much cleaner.

Because of this, tests have shown that lead levels in Flint children are two to three times higher than they should be.

Although the problem was discovered last spring, Mr. Snyder got around to declaring an emergency only this week. He spoke to Flint’s mayor but made her come to see him at the state capital of Lansing. For weeks, Ms. Maddow has asked of Mr. Snyder: What did he know and when did he know it?

She compared Mr. Snyder’s slow reaction to the crisis to that of a cop watching a mugging.

“This is a mugging that is underway right this second,” she said. “That is not the time to convene a meeting… This is the time to stop the mugging. Flint needs the Red Cross, the National Guard and trucks full of tonight.”

Joining her effort Thursday was Michael Moore, the Oscar-winning filmmaker who grew up in Flint and launched his career with the film “Roger and Me” about General Motors abandoning the city.

Speaking with Chuck Todd on Meet The Press on MSNBC in the 5 p.m. hour, Mr. Moore said Gov. Snyder should be arrested and charged with criminal behavior because, Mr. Moore alleged, the Republican governor knew about the problem and covered it up.

Mr. Moore—wearing a Detroit Tigers’ baseball cap in camo colors—said Mr. Snyder’s weak apology was like that of a drunk driver saying, hey, he wasn’t TRYING to kill that kid on that sidewalk.

“It really was absolute insanity,” Mr. Moore said of Governor Snyder’s handling of the crisis. “The governor refused to listen. He mocked the critics. He mocked the doctors doing the studies at a local hospital. He ridiculed them. He wouldn’t listen to anybody.”

Earlier in the day, Mr. Moore appeared on WJRT (Channel 12) in Flint for a longer interview. Mr. Moore said Mr. Snyder’s recent apology and the firing of two staff members is “sort of the standard M.O. of someone who’s been caught and I don’t think he’s going to get away with this.”

“He has to be punished,” Mr. Moore told reporter Marc Jacobson. “He has to pay for his crime… We’ve permanently damaged the brains of probably all of the children in Flint. This is a complete tragedy… This particular governor and his particular party, they aren’t big believers in science. They believe in a lot of crazy things.”

Much of the reporting from Michigan has come from Kurt Guyette, a journalist hired by the American Civil Liberties Union to investigate why poison now flows through the taps of Flint for people to use in cooking, cleaning house and bathing. The United States attorney for that part of Michigan is now investigating Mr. Snyder’s actions and those of his staff.

As for the President and his town hall meeting, Mr. Cooper noted at the very beginning that the National Rifle Association was invited to participate but declined. Mr. Obama re-stated his willingness to seek common ground with the N.R.A. but alluded to the intransigence of a pressure group that works under the guise of the Second Amendment to protect dealers of hand-held murder machines.

“The way it is described is we’re trying to take away everybody’s guns,” Mr. Obama said. He continued with common-sense arguments. In cars, for instance, we don’t refuse safety improvements just because they won’t stop every traffic fatality.

“The conversation has to be based on facts and truth,” Mr. Obama said. “If we can’t solve every crime, we shouldn’t try to stop any? The young man who killed those kids in Newtown had access to an arsenal.”

One note of hope came from Sen. Chris Murphy who praised the President for his executive orders early in the week and his public appearance Thursday.

“This is really exceptional,” Mr. Murphy said on CNN. “This will go down as a seminal week in the anti-gun violence movement.” 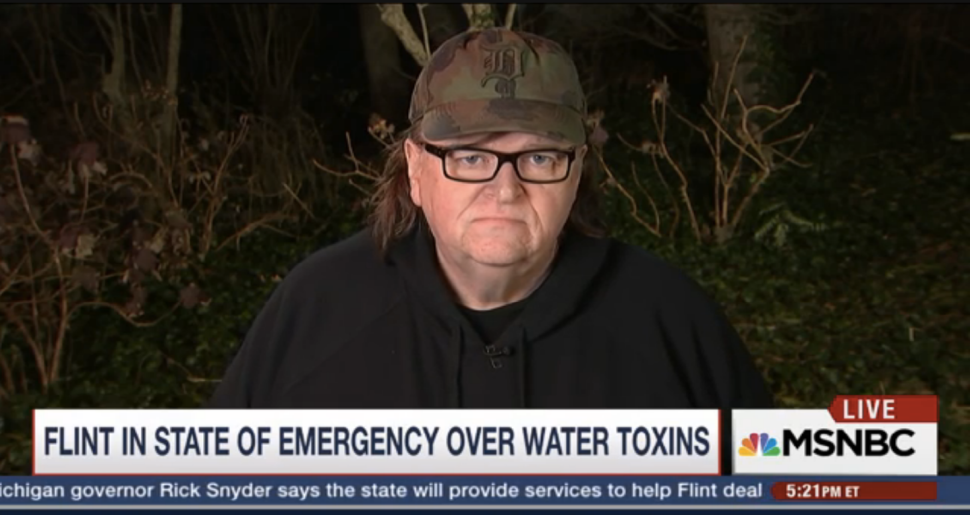