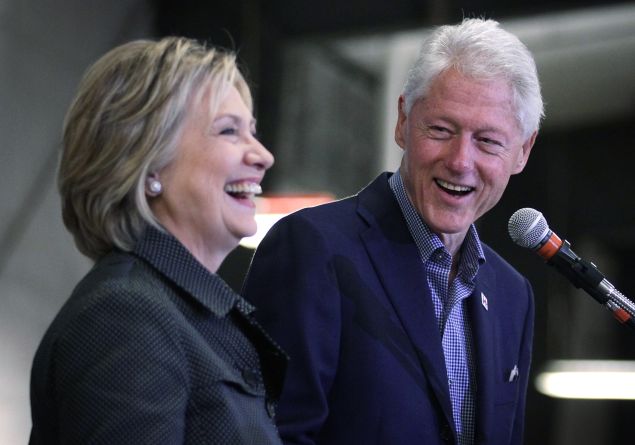 In Iowa, Hillary Clinton’s lead has vanished. And in New Hampshire, Mr. Sanders is a shoe-in, leading now by 6.2 and rising.

The pundits are hyperventilating. Republican political consultant Mary Matalin said on The Steve Malzberg Show as reported in Breitbart, “Losing Iowa and New Hampshire is going to be the pivotal moment to see the prowess of her campaign and the depth of her support among Democratic regulars.”

“I’m saying when she loses those two states it makes others—however the rules are, rules are made to be broken—jump in the race. Whether it’s an Elizabeth Warren or a Joe Biden or Jim Webb is going to run an independent candidacy.”

The Clintons have a problem. Their storied generation is now in their late 60s, early 70s; old, like Bill and Hillary. And, as Mr. Trump might say, “low energy.”

And on top of that there appear to be approximately 150 FBI agents digging into the nefarious dealings of Bill and Hillary.

Eight years ago it was all generational; Hollywood stars, rock stars, television producers, New York Times reporters and columnists, virtually every college and university administration in America, all contrived in full cooperation to send their own, Bill and Hillary, back to the White House.

Only Carolyn Kennedy saved the day when she endorsed Barack Obama and her powerful family quickly gathered round.

Who will save us from the Clintons?

The Clintons have a problem, and that problem is this: Time. Their storied generation is now in their late 60s, early 70s; old, like Bill and Hillary. And as Mr. Trump might say, “low energy.”

Until 2008, Bill and Hillary could get away with anything. Bill’s sexual predilections? It was well within the cultural geist of the times, the free-form Sixties and Seventies; it was even quietly championed in a nasty, nihilistic way by many of his generational peers. No longer. The generation has passed, long passed, in dominating influence. This time, the Clintons won’t be tried in the court of popular opinion by their peers. Now they will be judged by new, rising generations, Millennials and others, who just don’t get them. The New York Times reports this morning that Democratic primary voters under 45 favor Mr. Sanders by a 2-1-ratio.

She is still the angry undergraduate; the innocent agent of ideology. And she doesn’t like us at all—we, the ordinary run of mankind, of religious beliefs, structural biases and deep-seated cultural codes.

And now the FBI is beginning to feel the wind of public opinion on its back. It will begin to hurt, and when the hurt begins it will go all the way back to the beginning.

“Hillary Clinton, the likely Democratic nominee, is in trouble,” writes columnist Pat Buchanan. “Between now and November, she will be traversing a minefield, with detonations to be decided upon by FBI investigators who may not cherish Clinton and might like to appear in the history books.”

“New Hampshire has consequences,” says Mr. Buchanan, predicting that a victory for Mr. Sanders here could bring an unravelling.

But this time it may be different. Bill and Hillary have two entirely different constituencies. Both groups see them differently. There is the Sixties celebrity Bill who sits at World Cup soccer matches in the prize seats with Mick Jagger, urging on the African teams. Then there is the South. And the South has two feeling about Bill and Hillary: Love and hate.

One Southern group hates the Sixties Bill and have already turned to Donald Trump. But the other loves him. These are white Southerners who might still recall cutting tobacco in their youth, who have not long ago come into the wealth of America and are regular folk, middle class Southern Baptists and Methodists, who see the election of Bill and Hillary much as the Irish of Boston saw the election of John F. Kennedy. First Lady Jackie Kennedy called it “Camelot” and that is how this South sees Bill and Hillary; a Camelot of their own class and kind, finally come to prominence after a hundred years of institutional poverty.

Many of these states—Georgia, Oklahoma, Tennessee, Texas, Virginia, Louisiana, Kansas, Nebraska, Mississippi—are perhaps more likely to follow in the steps of South Carolina and Nevada than New Hampshire. Especially if the New Hampshire victor is an aged 1920’s era socialist from Vermont, who got here out of nowhere to challenge Hillary. Nor are Mr. Kerry and Ms. Warren, both of Massachusetts, likely to make an impression in Texas and Mississippi.

But former Virginia Senator Jim Webb might make a difference in these heartland states.

I do not see Hillary Clinton as the Democratic nominee for President and never have. There is now and has been from the start something false, dishonest and inauthentic about the Clintons. People sense it and even fear it. And when she blurts out things like “deep-seated cultural codes, religious beliefs and structural biases have to be changed” with such visceral conviction, she seems in her true element; she seems still the angry undergraduate; the innocent agent of ideology. And she doesn’t like us at all; we the ordinary run of mankind, of religious beliefs, structural biases and deep-seated cultural codes.

The rules are made to be broken, said Ms. Matalin. As it appears now, that observation could define this election cycle. 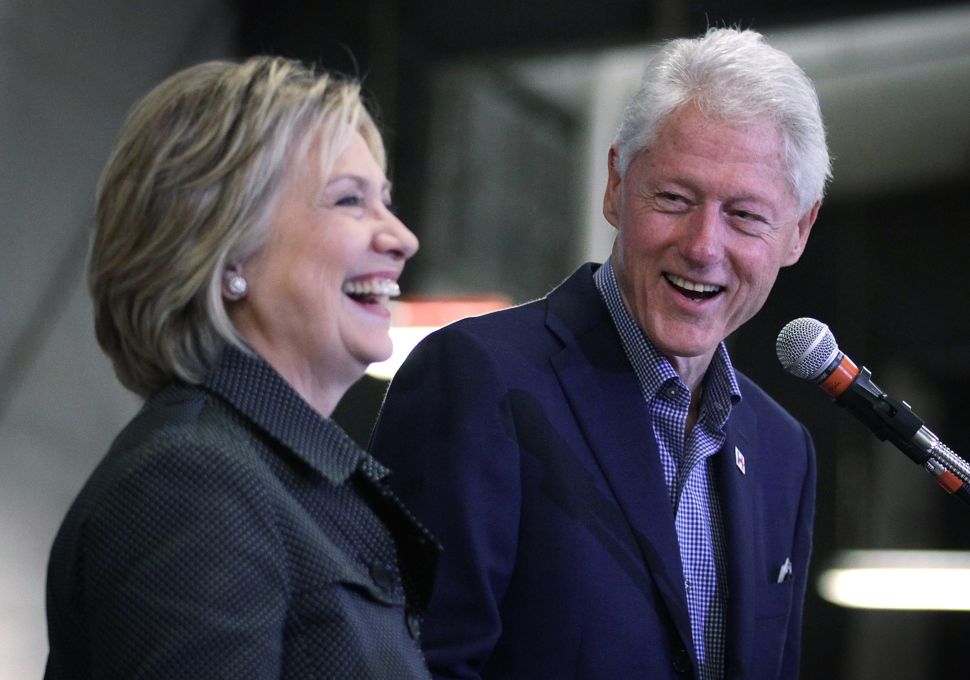