In December, nearly 200 nations meeting at the COP21 climate change conference in Paris agreed to take action on reducing greenhouse gas emissions that contribute to increased global temperatures and rising sea levels.  The independent Monmouth University Poll finds that a large majority of Americans acknowledge climate change is happening, although they are divided on whether human activity is mostly responsible for it. The poll also finds a plurality of the public believes the United States will be just as impacted by sea level rise as the rest of the world, with a solid majority saying the effects will reach inland areas as well as coastal communities.

Fully 7-in-10 (70%) Americans say that the world’s climate is undergoing a change leading to more extreme weather patterns and sea level rise, including 41% who call climate change a very serious problem.  Another 19% say it is a somewhat serious problem and 9% say climate change is not too serious.  At the other end of the spectrum, 22% of the public do not believe climate change is happening at all and 8% are unsure.

There is a significant partisan divide in this view.  A majority of Democrats (63%) and a plurality of independents (42%) see climate change as a very serious issue, while just 18% of Republicans agree.  On the flip side, a plurality of Republicans (43%) believe climate change is not happening at all, compared with just 17% of independents and 10% of Democrats who feel the same.

“The data exposes the extent to which this has become a partisan political issue in the U.S. rather than a scientific issue,” said Monmouth University Urban Coast Institute Director Tony MacDonald, who served as a co-organizer of the Dec. 4Oceans Day at COP21. “The compelling science of climate change led to the historic agreement in Paris and the commitment of all nations participating to work together to stem the rise of global warming, increase the use of renewable energy, and increase financing for mitigation and adaptation actions.”

The Monmouth University Poll finds that 64% of Americans support the US government doing more to reduce the types of activities that lead to climate change and sea level rise, while another 26% oppose government action and 4% say it depends. Again there is a sharp partisan divide, with Democrats (77%) and independents (66%) being considerably more likely than Republicans (47%) to support government action.  There is also a significant difference in support for government action by age – ranging from 75% of 18 to 34 year olds, 62% of 35 to 54 years olds, and 54% of those age 55 and older.  [Note: most of the interviews for this poll were conducted before the Paris climate agreement was announced on Dec. 12.]

Scientists say that one significant consequence of climate change is a steep rise in sea levels around the globe.  A plurality (47%) of Americans foresee sea level rise being as much of a problem for the United States as for other countries, while 40% say it will be more of a problem elsewhere in the world.  Residents of coastal states are more likely to say the US will be just as affected as other nations by sea level rise (49%) than say the US will be less affected (39%).  Residents of inland states are split – 43% say the US will be impacted just as much as other countries and 41% say the impact will not be as significant here.

To the extent that sea level rise affects the United States, more than 6-in-10 (62%) Americans believe that its overall environmental and economic impacts will affect inland areas as well as coastal communities.  Just 24% feel the impact will be limited mainly to coastal communities.  Majorities, although to varying degrees, of Democrats (73%), independents (60%), and Republicans (53%) agree that sea level rise will impact both inland areas and coastal communities.  Residents of inland states (65%) are only slightly more likely than those living in coastal states (60%) to say that inland areas will be just as affected as coastal areas.  However, coastal residents are more likely to say that the impact of some specific environmental consequences will be greater in their own communities.

“The polling shows that Americans believe we are all very much in this together. Nearly two-thirds of all respondents and three quarters of younger adults want action from our leaders, even if some in Congress don’t believe there’s a problem,” MacDonald said.  “As unusual weather events become more common, the American public recognizes that the risks from climate change and sea level rise are widespread.  Superstorm Sandy’s landfall in New Jersey was just one stark example that shore communities aren’t the only ones affected. The flooding of inland areas and the impacts on critical energy and transportation infrastructure, including disruption of trade at our ports, caused problems that were felt throughout the state and the nation.”

Overall, a majority (55%) of Americans say sea level rise will have either a great deal (28%) or some (27%) impact on the environment – ranging from the weather to drinking water quality – in the area where they live.  Four-in-ten feel their area will experience either just a little (20%) or no environmental impact (21%) from sea level rise.  Among coastal state residents, more than 6-in-10 (63%) expect to feel either a great deal (38%) or some (25%) environmental impact in their communities, compared to just under half (46%) of inland state residents who say the same (16% great deal and 30% some). 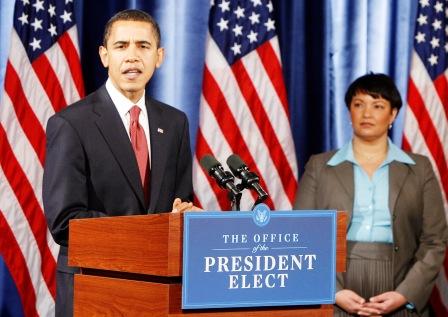