The 21st Century will be a time of collaborative research—at least, that’s the premise behind a new, nine-figure scholarship initiative rolled out Monday. Media proprietor and real estate developer Mortimer Zuckerman’s new science, technology, engineering and mathematics (STEM) scholarship program aims to create relationships between leading scientists from both the United States and Israel, and Mr. Zuckerman is committing $100 million to get the job done.

“My hope would again be that there would be higher levels of professional-trained people in the sciences in both countries and hopefully that, given that there might be relations between or among them, that they can collaborate on a whole different level of collaboration than you have today,” Mr. Zuckerman said in an interview with the Observer after an event announcing the program.

The Mortimer B. Zuckerman Scholars Program in STEM Leadership, launched at an event at the Harvard Club of New York Monday morning, is a 20-year commitment by Mr. Zuckerman, the CEO of Boston Properties and owner of the Daily News and US News and World Report, to fund postdoctoral researchers and graduate students from the U.S. to study at four major Israeli universities.

“Who knows what next might emerge from the unpredictable meeting of minds between Tel Aviv and New York, between Haifa and Harvard, between Yiddish and Yale,” Mr. Zuckerman said at the announcement. “I salute the scientists and thinkers who will save and enrich untold lives.”

The presidents of all four Israeli universities—Hebrew University of Jerusalem, Technion-Israel Institute of Technology (which will also launch the Joan and Irwin Jacobs Technion-Cornell Institute on Roosevelt Island in 2017), Tel Aviv University and the Weizmann Institute of Science—attended the launch of the Zuckerman Scholars program, which was moderated by U.S. News editor-in-chief Brian Kelly.

The launch of the Zuckerman Scholars program was also attended by Gov. Andrew Cuomo and included speeches by Peretz Lavie of Technion-Israel Institute of the Technology and Ambassador Ido Aharoni, the Israeli consul general in New York, as well as a pre-recorded address by Israeli Prime Minister Benjamin Netanyahu.

“It’s not just about the STEM disciplines. Underlying it is the concept of collaboration and partnership and of bringing two great powers together, and for those issues that the STEM discipline can’t solve—issues like bringing different religious together and different cultures together—that’s where the fellowship between Israel and America is critical,” Mr. Cuomo said at the event.

The idea for the scholarship came to Mr. Zuckerman roughly six months ago after a night of poor sleep, he said.

“I actually had a bad night sleep and I woke up at 5 o’clock in the morning, and as happens on many different occasions, I started to think about what I could do to express my appreciation to the United States,” Mr. Zuckerman told the Observer.

He was “inspired by the possible benefits of collaboration—cross-pollination if you like,” and began to work with the idea for the scholarship program.

STEM, said Mr. Zuckerman, is “where the future is going to be on so many levels,” leading him to hope to promote the various fields as he worked to build bonds between Israeli and the U.S.

“With no self-criticism and self-reflection, there is no science.”

The Zuckerman Scholars program could “unlock our potential as global science powerhouses,” Dr. Lavie said at the announcement.

“Today we are planting seedlings of future excellence in scientific research, and we will use the generous gift announced her today to grow the next generation of scholars,” he added.

Mr. Cuomo and Mr. Kelly praised Mr. Zuckerman’s philanthropic leadership and behind-the-scenes aid in many situations, including the storm that struck New York this past weekend. “He just wants to give me the best advice possible and keep me on the right path,” Mr. Cuomo said, remarking that Mr. Zuckerman called him over the weekend to tell him to “shovel faster.”

Mr. Netanyahu, in his taped address, thanked Mr. Zuckerman and praised him for his work with Israel. “Over the years he has stood by the Jewish state in good times and bad,” Mr. Netanyahu said. “Above all, I want to thank you for standing up for the truth. You are indefatigable and you are courageous. You are a true, true son of Jerusalem.”

The program will be open to all American applicants in the STEM fields who are doctoral or postdoctoral students and researchers, not just Jewish Americans.

“With no self-criticism and self-reflection, there is no science,” he said at the event.

Mr. Cuomo also discussed the possibility for greater scientific advancement to deter terrorist attacks and create safer communities in both Israel and the U.S.

“You put science, technology, and fellowship together, and that is the answer for a better future: a future that is smarter, stronger, and safer than it has been,” he said.

Nobel laureates Richard Axel, Aaron Ciechanover, Eric Kandal and Ada Yonath also attended the event and spoke following the announcement about their own experiences in science. Dr. Yonath, a cryo-biocrystallographer, is the only surviving woman to have received a Nobel prize for chemistry. Her prize—awarded in 2009—came 45 years after Dorothy Hodgkin won the chemistry prize. The only two other female chemistry laureates were Marie Curie and Irène Joliot-Curie.

Asked if a graduate of the scholarship might one day obtain a Nobel Prize after the program’s Nobel laureate-studded announcement ceremony, Mr. Zuckerman demurred.

“If we can attract and give the opportunities of people of that quality to go through their academic experience and end up at the level of Nobel laureate, so much the better,” he told the Observer. “You never know how that’s going to work out, but I can say to you that there were any number of Nobel laureates at the gathering who are involved in academic institutions both here and in Israel.” 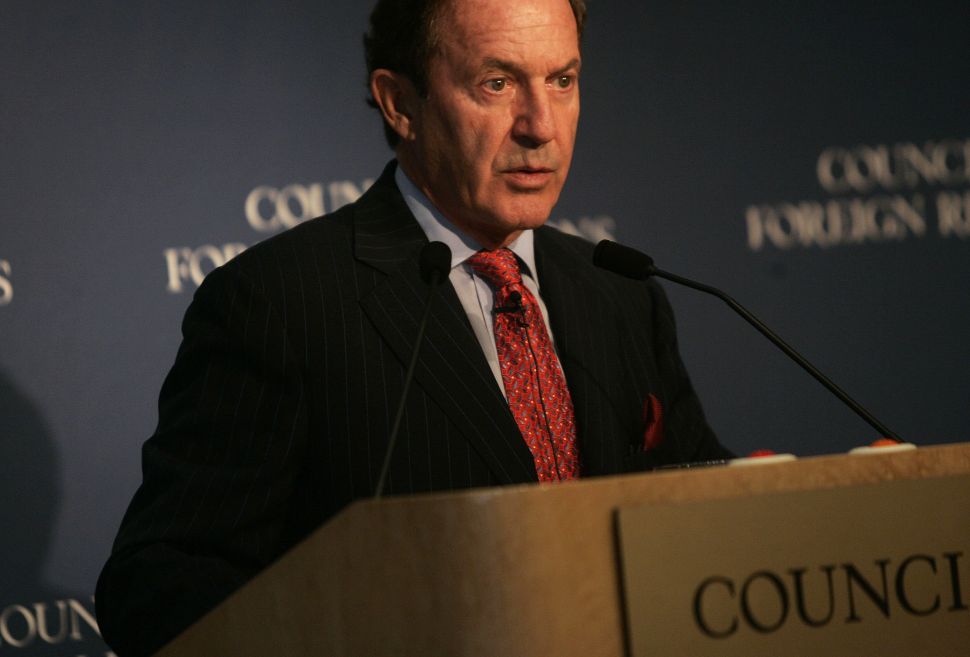