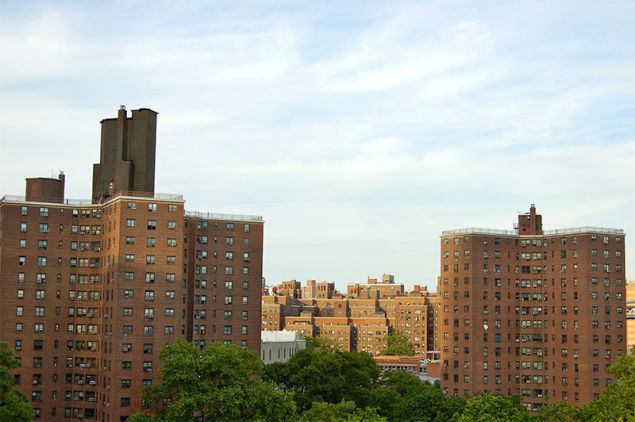 From their toxic mold to their trenchant architecture, New York City housing projects can have a rather dire feel. That is set to change, at least at five NYCHA buildings selected for a new city program spearheaded by super-star City Councilman Ritchie Torres.

Mr. Torres has wrangled $500,000 for an as yet unnamed city program launching next month that will employ NYCHA residents aged 16 to 24 to paint murals on the walls of the public housing facilities where they live.

One housing project in each borough will benefit from the program, which is administered in partnership with non-profit community arts organization Groundswell. All five buildings are located in neighborhoods that are targeted under Mayor Bill de Blasio’s “Mayor’s Action Plan.”

The buildings selected for the program are the Queensbridge Houses, the Tompkins Houses in Brooklyn, Castle Hill Houses in the Bronx, the St. Nicholas Houses in Manhattan and the Stapleton Houses in Staten Island.

The hope is to foster a creative outlet—and an employment opportunity—while creating a public discourse on the themes that NYCHA residents find most important.

“The experience of public housing speaks to our political moment, the theme of black lives matter,” Mr. Torres told the Observer. “I would argue that at no other time has there been a deeper disregard for the lives of black and brown people in public housing. How else do you explain the decades of savage disinvestment from public housing at every level of government?”

The program will draw on residents’ real experiences and individual perceptions of what life in public housing is like—and what problems they experience—for inspiration for the art works. Groundswell will pair residents interested in brainstorming for the artwork, and in painting it, with their artists trained in community art development.

“The individual stories behind public housing must be told,” Mr. Torres said. “I feel equally strongly that those stories must be told by the residents themselves, through the medium of art.”

After residents participating in the program decide on a topic, “they will spend a few weeks studying the topic, doing research, doing museum visits,” Mr. Krulak explained. “Following that they will work with our artists to drill down to a visual language that explores the problem or issue or topic,” before actually getting out their paintbrushes, he said.

Residents who participate in the program will be afforded a stipend for their time, Mr. Torres said.

The program launches in February, and by fall of 2017 each of the buildings in the pilot program will have three new murals, at which point the city will hopefully provide more funds to extend the program to other buildings under NYCHA’s care.

Mr. Torrest, who himself lived in public housing in New York City for a time as a child, has high hopes for the initiative.

“It can be come a symbol of what is possible in public housing,” he said. “There is far more to it than the media’s depictions of violence and decay.”