1. Scott Stringer: In the latest installment of the thrilling space-age saga, Cuomo vs. de Blasio, Episode XXXVIII: God Make It Stop Already, the city comptroller came out the only unquestioned champion. Gov. Andrew Cuomo commended oversight authority of the city’s long-derelict homeless shelters to the Manhattan Democrat in his State of the State address on Wednesday. That’s not to say that Mr. Stringer will be charged with actually fixing the system, a daunting task no one politician could probably tackle alone. Rather, his job will be to critique Mayor Bill de Blasio’s administration, which is one of Mr. Stringer’s favorite hobbies. Look forward to more petty squabbling—we sure will.

2. New York values: Because when Osama bin Laden wanted to hurt America, he didn’t plow planes into the Houston Space Center, now did he? Texas Sen. Ted Cruz had plenty of strong moments in the GOP debate last night, and got the better of Manhattan real estate mogul Donald Trump more than once. Then he deployed his phone poll-tested line about “New York values” against his chief rival.

Mr. Trump came back with a line worthy of New York City’s foremost Republican, Rudolph Giuliani. Which is to say it was completely and utterly predictable, but still well-tuned enough to provoke applause from a GOP audience.

Never mind that Mr. Cruz has raised tons of campaign cash off New Yorkers—and from openly gay hoteliers at that—as have hundreds of other Republicans. Never mind that his wife works for Goldman Sachs which, as a New York Times report revealed earlier this week, also underwrote his campaign for the Senate—and Goldman Sachs sure as hell wasn’t founded in Fort Worth. Never mind that, unlike Texans, New York taxpayers send more money to Washington than they get back, meaning that “New York values” apparently includes having the magnanimity to subsidize Mr. Cruz’s mooching constituents.

But hey, it’s election season, and if the line plays well in Iowa, why not run with it? Just don’t forget who pays your bills.

3. Nikki Haley: The South Carolina governor demonstrated why she’s the GOP establishment’s top pick for vice president with her refutation of President Barack Obama’s State of the Union on Tuesday night. Denouncing “the siren call of the angriest voices” (read: Mr. Trump), she made for exactly the image the Republican leadership wants to project: eloquent, intelligent, assertive, youthful, rational, attractive and thoughtful. Like Florida Sen. Marco Rubio, she represents a 21st Century conservatism that embraces business interests and a hawkish foreign policy while elevating and celebrating diversity.

Just one problem: Mr. Trump’s success has shown that none of that is what the GOP’s white working class base wants.

1. Dr. Ben Carson: The great, groundbreaking neurosurgeon’s campaign is watching its last limp blips of life scroll by on the heart monitor. Dr. Carson’s never showed the kind of scalpel-like precision he wielded in the operating room while on the campaign trail, and his rambling, vague and even bizarre foreign policy pronouncements spilled out onstage again at the Republican debate last night. Meanwhile, more top-level staff this week gave their final regards to the campaign and walked away from the table. Hemorrhaging money and personnel, there seems to be little hope of reviving the chances of the man who once appeared positioned to win Iowa. That is, short some stroke of luck (end puns).

2. Hillary Clinton: The former secretary of state is back on the defensive after a pair of polls found her barely ahead of Vermont Sen. Bernie Sanders in Iowa and trailing him in New Hampshire. Now, a good offense may be the best defense, but a terrible offense is an even worse defense. Ms. Clinton started out by having surrogates rip into Mr. Sanders’ inconsistent record on gun control—a good line of attack, though one that may not resonate as strongly in the open-carry Granite State as it might in New York or Chicago. Then, perplexingly, she and her daughter began tearing into the socialist lawmaker’s universal healthcare plan, claiming would destroy beloved Democratic programs like Obamacare, Medicare and Medicaid. Not only was this misleading—Mr. Sanders’ proposal would essentially expand and merge those policies—it’s probably completely ineffective, if not outright alienating. The majority of Democrats support universal healthcare. The senator rebutted his rival in a tweet: an old photo of him and Ms. Clinton, with a handwritten note from the former first lady thanking him for his commitment to socialized medicine.

3. The Real Estate Board of New York: Since 1971, the development industry has enjoyed the controversial 421a credit, which lets them off the hook for property taxes on a new building for a decade. Then, after a massive construction union-led lobbying effort, Mr. Cuomo and the State Legislature decided last June only to renew the abatement if REBNY reached a deal with organized labor on new prevailing wage standards to be written into it.

Well, the zero hour is here, and there’s still no agreement. It’s entirely possible that a stroke-of-midnight accord will save the break after this writing. But the result is unlikely to look anything like the exemption builders have savored for more than four decades. And, with land prices sky-high, investors may decide new private construction projects just aren’t worth it.

President Barack Obama’s State of the Union on Tuesday night was pretty much what everybody expected: an effort to play down the inferno consuming the Middle East and play-up the usual domestic successes, and then a list of proposals that have no chance of passing Congress (though the bit about curing cancer caught a lot of people off-guard, including apparently Vice President Joseph Biden, who is charged with overseeing the medical miracle).

Here in the liberal hippie commune of New York, reporters waited eagerly to see how chief flower child Mr. Cuomo would trip up Mr. de Blasio in his State of the State. After teasing some new humiliation related to homelessness since before Christmas, the announcement about Mr. Stringer ultimately came as a kind of anticlimax.

What was shocking was his plan to save Albany a bundle by sticking the city with the bill for rising Medicaid costs and a third of the City University system budget—defaulting on earlier promises to defray the fallout of his two-percent local property tax cap, and four decades of New York policy. Mr. de Blasio and the media howled, and the governor did something genuinely surprising: he backtracked, promising the plan “won’t cost New York City a penny.”

Which just means the always conniving Mr. Cuomo will inevitably stick the daggers into the hapless Mr. de Blasio from another angle.

It’s been a feisty week for the Democratic candidates, and they’ll face off in South Carolina on Sunday. Expect Mr. Sanders to harp on his plans for “health cayuh.”

While most leading liberals were ready to pull the trigger on their blandly congratulatory messages on the president’s State of the Union speech the second he stepped away from the podium, Rev. Al Sharpton waited a day before putting out a statement calling Mr. Obama “an unparalleled leader.”

The governor and mayor meet for another one of their secret branzino dinners—and Mr. Cuomo disappears into the bathroom when the check arrives.

Somehow, Mr. Cruz will find it in his heart to take a little more money from some value-less New Yorker. 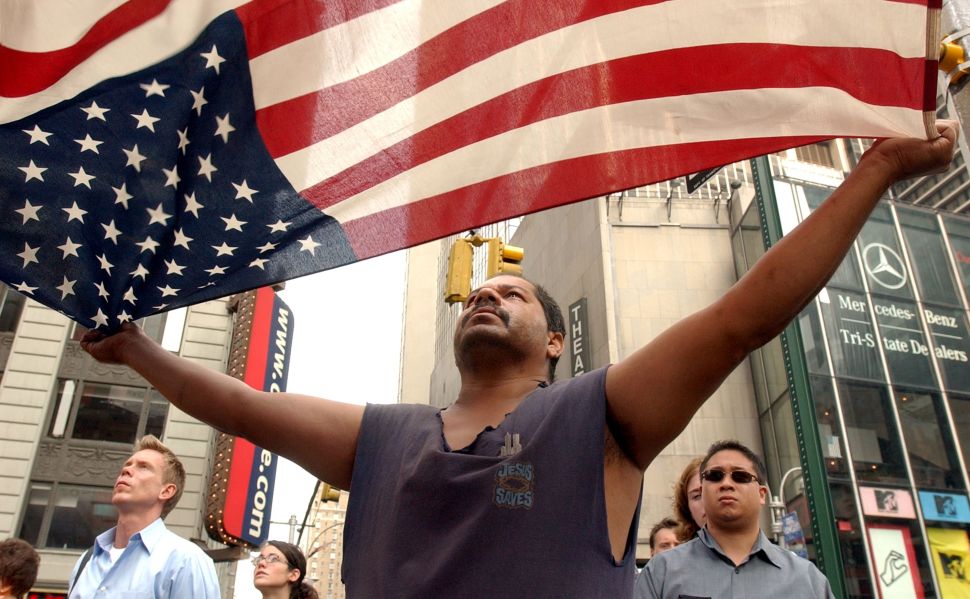